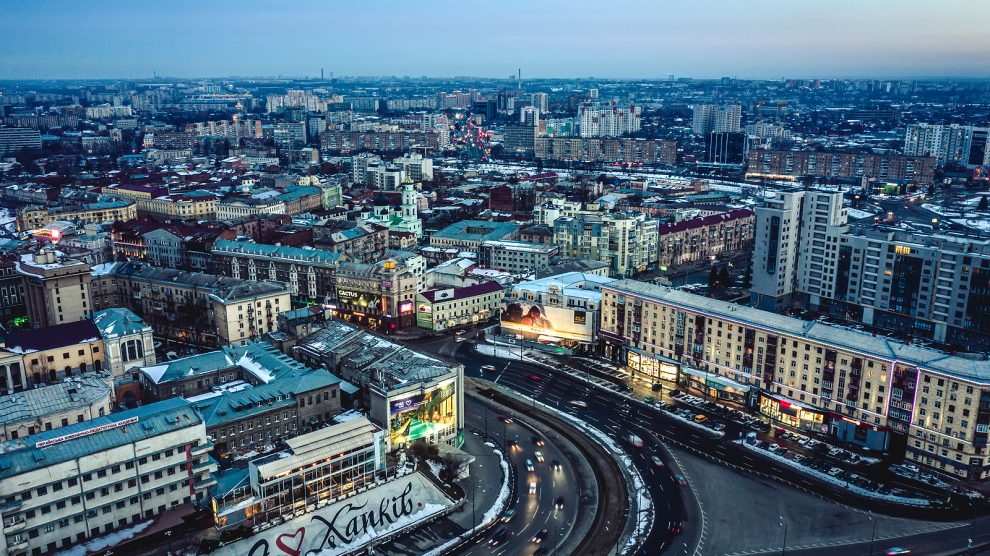 A major new report has confirmed that Ukraine’s IT industry is one of the best performing and fastest growing sectors of the country’s economy. Forthcoming government initiatives will give it an additional boost.

Ukraine’s second largest city, Kharkiv, is well on its way to becoming a major regional IT powerhouse, according to a new report from the Kharkiv IT Cluster, an NGO which has been bringing together leading IT companies, local authorities, and higher educational establishments since 2015.

Carried out in partnership with KPMG, the report finds that the Kharkiv region is now home to more than 45,000 IT specialists, 500 IT firms and that despite the Covid-19 pandemic, growth over the past two years has been strong: the value of the Kharkiv IT industry is estimated to top 1.5 billion US dollars in 2021, an increase of 59 per cent on 2019.

Primarily offering services and solutions to United States and European Union-based companies, Kharkiv’s IT companies are among the biggest generators of foreign currency in the city.

“IT is not a standalone industry anymore,” says Olga Shapoval, executive director of Kharkiv IT Cluster. “It’s a phenomenon that has become one of the critical parts of the Ukrainian economy, and has already formed a new generation of people with European mindset and values.”

Ukraine’s Minister of Digital Transformation Mykhailo Fedorov is equally effusive in his assessment of the IT industry in Ukraine and in Kharkiv.

“The research presented by Kharkiv IT Cluster is an important analytical work, which will help both the country and the whole IT community better understand the region’s opportunities, needs and outlook in terms of high tech development. This research has shown, yet again, how powerful and promising Kharkiv is in terms of IT development,” he says.

For many, this is an indication that the low level of taxation currently enjoyed by the Ukrainian IT industry can be conducive to the growth of the industry while still bringing in sizeable tax revenues.

Ukraine’s Diia City legislation, which creates a special economic zone providing a new legal and tax framework for IT companies, is expected to boost the industry and tax revenues further.

Minister Fedorov says it is “one of the world’s best tax and legal regimes for IT companies”.

It will allow IT firms to choose between an income tax of 18 per cent or a distributed profit tax of nine per cent. Employees at IT firms will meanwhile only be subject to five per cent income tax, in addition to social security contributions (set at 22 per cent of minimum wage) and a 1.5 per cent war tax.

“These tax rates, agreed upon with the [IT] industry and publicly supported by a number of business associations, are among the lowest in Europe. They ensure the Ukrainian IT industry will have room for development,” says Olha Mahaletska, head of office at Ukraine’s National Investment Council.

Nevertheless, despite the very promising figures in the Kharkiv IT Cluster report, there are still fairly significant challenges hindering Ukraine’s IT industry from reaching its full potential.

Perhaps the most serious is a simple lack of talent. While the report shows a 29 per cent increase in IT specialists working in Kharkiv over a two year period, a lack of human capital continues to plague Ukraine’s economy. Even the IT industry is not impervious to its effects.

This is partly explained by Ukraine’s demographic collapse – however, another factor is the lack of educational infrastructure present to adequately train sufficient numbers of prospective IT specialists.

This is an issue which while require collaboration between a broad spectrum of institutions – meaning that it is a problem which the government has to take a more active role in solving.

“Just like with the challenge of government regulation, the only way we can address the problems of IT education and shortage of skilled specialists is through teamwork,” argues Oleksandr Medovoi, head of Kharkiv IT Cluster’s supervisory board.

“One company, no matter how big, will not be able to address the deficit of skilled specialists – the only way this can be done is through the IT industry’s joint effort.”

Furthermore, a significant gender gap continues to exist, at least within Kharkiv’s IT industry, with 65 per cent of specialists male. As well as being another possible contributing factor to the talent shortage in the IT industry, it perpetuates economic inequality between men and women, by making some of the most lucrative jobs male-dominated.

Despite these challenges, Ukraine’s IT industry is unquestionably going from strength to strength. The latest Kharkiv IT Cluster report solidifies what has been perceived for years now: that Ukrainian IT companies and IT workers are building a key industry with a growing international reputation.

That Kharkiv, in Ukraine’s east, can produce and host such a high-performing economic sector bodes well for the economic future of Ukraine as a whole.

Policy makers should take note: it can provide a blueprint for how to revitalise erstwhile ailing cities throughout the country.

How a new EIT hub in Budapest can support more innovation in Central and Eastern Europe
Made in Emerging Europe: Sweeft Digital, AhoyConnect, Clinscience
Comment