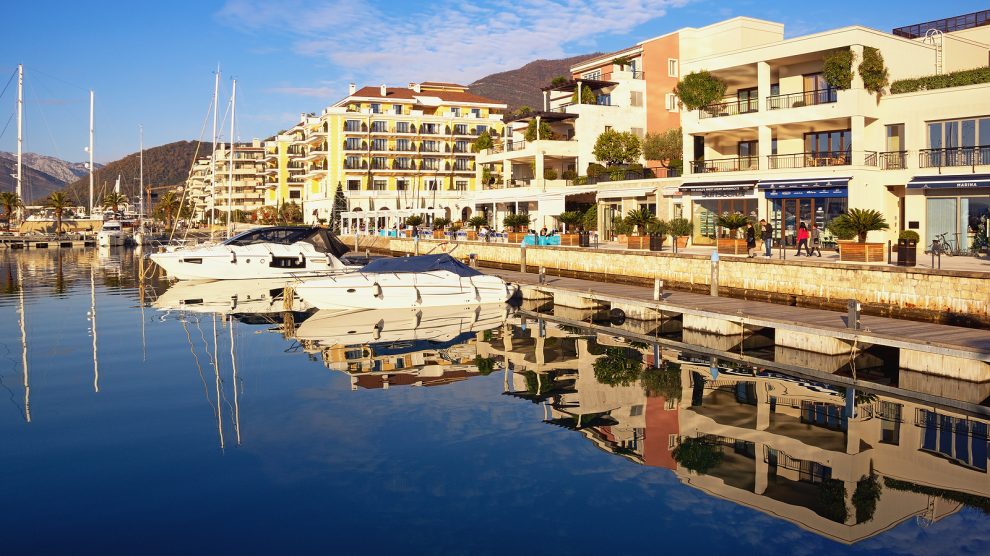 Montenegro and Moldova will see emerging Europe’s highest levels of economic growth in 2021, but the outlook is positive across the region.

The Vienna Institute for International Economic Studies (wiiw) expects the economies of emerging Europe to grow by 5.4 per cent this year.

Its autumn economic forecast, released on October 20, represents an upward revision of 1.2 percentage points compared to the previous, summer forecast.

The frontrunners in the region are Montenegro (8.4 per cent) and Moldova (eight per cent). It is worth noting however that Montenegro’s tourism-reliant economy suffered the largest drop in GDP in 2020, of 15.3 per cent. That huge contraction means that pre-crisis levels will not be reached this year.

This new forecast means that in 2021, the emerging Europe region is likely to grow significantly faster than the euro area (4.8 per cent). On average, the pre-crisis level of 2019 was already exceeded in the second quarter.

“The strong performance of the Eastern European economies is mainly explained by the less strict Covid-19 rules in many places, and by the fact that the service sector is much smaller than in Western Europe,” says Vasily Astrov, senior economist at wiiw and lead author of the forecast.

The Vienna Institute says that the main driver of growth in the region is private consumption. With an average of 14.5 per cent, it expanded massively in the second quarter.

Investment also increased by almost 18 per cent, on average, in this period. A good part of this, however, was accounted for by large-scale projects in Estonia, such as the field of biotechnology and Covid-19 vaccine production.

Exports are also picking up markedly on the back of the global upswing and the recovery in tourism. However, industrial production in many countries of the region – as in Western Europe – is also suffering from material shortages, such as a lack of semiconductors in the automotive industry.

Employment is again approaching pre-crisis levels in many countries. In Croatia, Latvia, Hungary, Poland and Slovenia, it has already been either reached or exceeded. However, the coronavirus crisis has left scars in the labour markets: underemployment is now higher than before the pandemic.

Unemployment also remains a problem in many countries, especially in the Western Balkans. At the same time, there are labour shortages in those sectors that have expanded in the wake of the crisis. This is the case not only in the EU member states of the region, but also in Montenegro, Serbia and Russia.

Rising inflation is similarly making itself felt in emerging Europe. Currently, in most countries of the region, inflation rates are three to four per cent higher than at the beginning of the year. However, high inflation should be a transitory phenomenon. Where the euro is used, inflationary pressure is generally lower. Faced with rising inflation, many central banks have already reacted by raising interest rates, and further interest rate steps are likely to follow.

“This should also cool the overheated and primarily credit-financed real-estate markets in many places, some of which are showing signs of bubble formation,” says Astrov.

However, he adds that the main driver of the property boom in the region has been the European Central Bank’s monetary policy.

“For the time being, it will probably remain ultra-expansive,” says Astrov.

In Czechia and Lithuania, property prices have risen by 16 and 15 per cent, respectively, since the start of the pandemic, and still show an upward trend.

The economic outlook is positive across the board, even though the recovery in emerging Europe is expected to lose some momentum in 2022 (3.7 per cent) and 2023 (3.5 per cent).

The strongest growth next year will be in Croatia (five per cent) and Poland (4.9 per cent), as well as in Montenegro and Kosovo (4.8 per cent).

The Vienna Institute believes that the biggest risks to a sustainable economic recovery are a renewed flare-up of Covid-19 and hasty fiscal consolidation.

Budget deficits throughout the region have ballooned during the crisis (to an average of 6.3 per cent of GDP in 2020 and an estimated 4.5 per cent this year). A premature reduction in government spending could jeopardise recovery in a number of countries, especially in the Western Balkans and the successor states of the Soviet Union.

Also, tapering of monetary policy in the US could dampen the recovery, by making dollar financing more expensive.

The EU’s Covid-19 Recovery and Resilience Facility will provide additional momentum in the eastern member states.

In Romania, for example, transfers from the programme – worth a total of around 29 billion euros, could in theory generate additional yearly growth of up to 3.1 percentage points until 2026. In the much more developed Czechia, it could still add up to 0.7 percentage points a year to real GDP growth.

“In reality, however, the economic effect of the reconstruction fund will be significantly lower,” predicts Astrov.

“On the one hand, because the economies of the region cannot fully absorb the money, and on the other, because the EU transfers will in part merely replace the funding of investment projects from national budgets.”

Explainer: How does Bosnia and Herzegovina work?
Moldova, Uzbekistan buck global trend by increasing adherence to rule of law
Comment