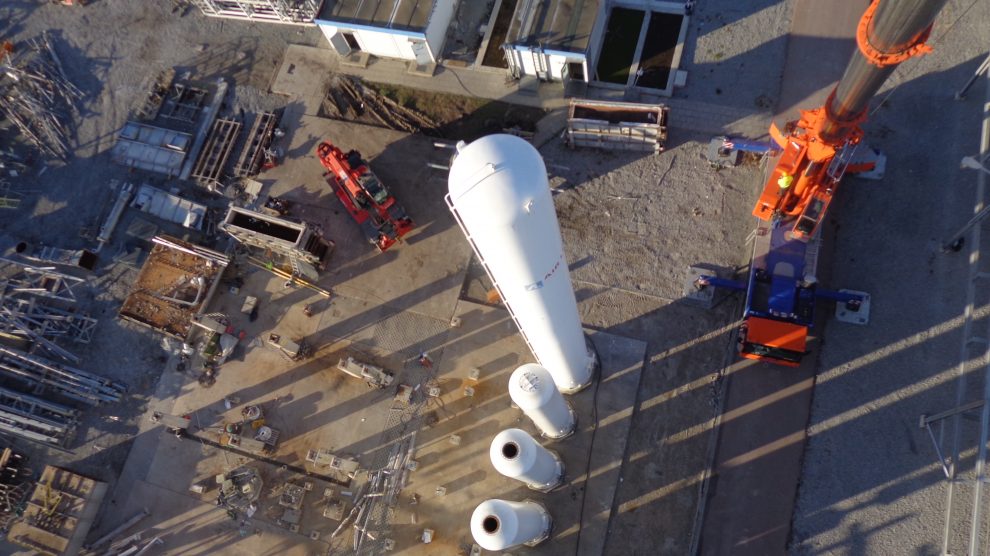 Covid-19 has dealt a blow to the global economy, but also provides opportunities to relocation firms such as Poland’s Pol-Inowex, as manufacturers look to cut costs and shorten supply chains.

Pol-Inowex, a Polish company that relocates factories across the globe, sees the Global Industrial Relocation Network (GIRN) as the way to move the industry forward.

“The idea for GIRN comes from our company’s history and potential, and we see this as the next stage of our development – not just competing, but collaborating on large international projects,” says Bartosz Świderek, the firm’s vice-CEO.

“Our long experience in many industries allows our company to work directly with companies from all countries in Central and Eastern Europe. However, being one of the leading companies in Europe and having experience in implementing projects all over the world, we would like to help smaller companies to enter new markets,” he adds.

Covid-19 has dealt a blow to the global economy, but also provides opportunities to relocation firms such as Pol-Inowex, as manufacturers look to cut costs and shorten supply chains.

“We have 30 years of experience on the European market,” Świderek goes on. “The pandemic is a huge challenge for owners of companies operating in many countries, it is a huge responsibility towards customers and employees. The experience has allowed us to adapt and even develop in new conditions.”

Pol-Inowex plans to keep a core staff of around 150 at its Lublin headquarters, but make cuts in its sub-contracted staff globally as the economic effects of Covid-19 continue to impact its operations.

“Usually, companies make decisions quickly. We currently have several dozen projects on the go, but many clients are holding off on implementing them and waiting on the development of the economic situation,” says Świderek.

Pol-Inowex is a global leader in industrial plant dismantling and relocation. Since 1991, it has completed over 400 projects on six continents for customers from more than 60 countries, specialising in different industries, including the energy sector, chemical or steel industries.

“We are also relocating an assembly line from China to Scotland in order to reduce the delivery time of the paper used to produce face masks. A pharmaceutical company, based in Germany, originally intended to move an assembly line to China but because deliveries from Asia to Europe were difficult, the company decided to relocate elsewhere in Europe,” Świderek says.

Another example is a rim assembly line that was relocated from Europe to Turkey and Latin America. That assembly line strengthened existing plant capacity in both markets and freed the space for a new line in the original location.

A Poland-based food manufacturer meanwhile, with two assembly lines in one location, decided to move one of them to a newly-set-up factory some 400 kilometres away. The relocation cost was returned after eight months thanks to savings made in the cost of logistics.

The company also became more competitive thanks to its closer proximity to its existing partners.

Another Pol- Inowex project of note is the transfer of an Austrian power plant – the largest project in the 23-year history of the Lublin-based firm. Talks first began back in 2008. Pol-Inowex’s task will be to dismantle a 97-metre-high boiler situated in a 100-metre-high building. Together with accompanying equipment, Pol-Inowex will dismantle over 2,000 tons of devices in all, a load for a thousand trucks. The entire project will be completed within one year.

The main market for used equipment is in developing countries, mainly in Asia and Africa. This includes assembly of a cement plant in Liberia, relocation of a cement plant from Germany to Sudan and the transfer of a paper machine from Norway to Egypt.

Świderek says energy sector clients make up about 50 per cent of Pol-Inowex’s portfolio.

Combined, under negotiation the company has a capacity of 3,287 MW, including relocation of a 1,000 MW cogeneration plant from the UK to the Middle East, a 500 MW coal power plant from Belgium to Africa and a 40 MW biomass power plant from Finland to Egypt.

Recently, the two largest German energy companies, RWE and E.ON, both announced they are looking for buyers for their gas and coal-fired power plants, because they have increased the production of energy from renewable sources.

International companies began relocating production to low-wage countries in the early 1990s. The process was fueled by the fall of the Iron Curtain, China’s global integration and its eventual accession to the World Trade Organisation.

The last decade of the previous millennium and the beginning of the 2000s – until the global financial crisis – were a time of rapid globalisation, with global value chains accounting for about 60 per cent of global trade.

However, in 2011, global value chains ceased to expand and have not grown again since. According to a Bank of America survey, more than 80 per cent of 3,000 companies with a total market capitalisation of 22 trillion US dollars across North America, Europe and Asia-Pacific (ex-China) have implemented or announced plans to shift at least a portion of their supply chains from current locations.

According to a report by Pol-Inowex and PwC, the breadth of the shift suggests that the trend of globalisation to localisation is real and that the Covid-19 pandemic is accelerating the process and generating demand for dismantling and relocation services.

In Kazakhstan’s mammoth legal battle with two Moldovan investors, the pendulum is swinging in favour of the Central Asian state
Levels of Chinese investment in CEE have been overstated, often vastly so
Comment