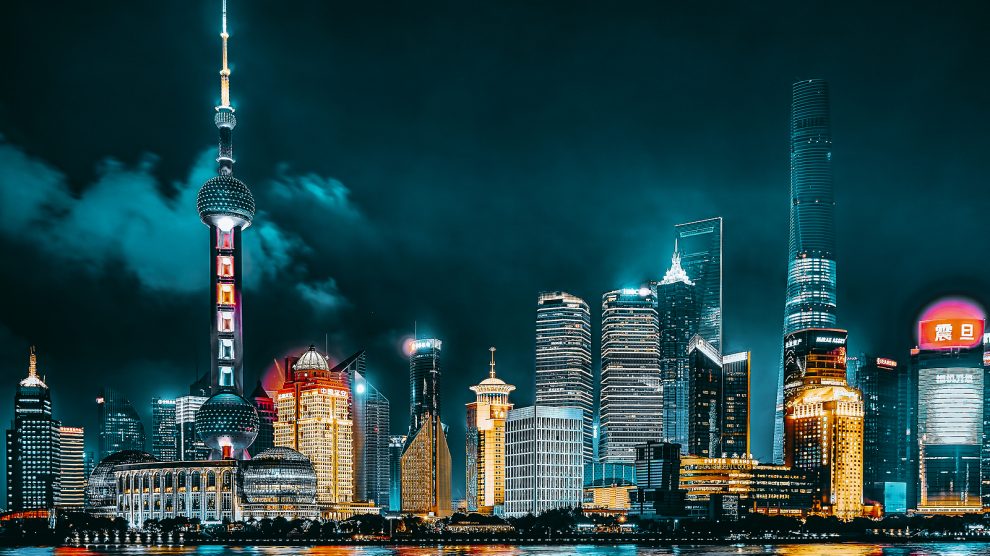 China’s economic influence in Central and Eastern Europe is often touted as a threat to the region’s independence and security. But just how big is that influence? A new study suggests it has been massively overstated.

Since 2012, twelve EU members located in Central and Eastern Europe and the five non-EU states of the Western Balkans have participated in what is known as the “17+1″ mechanism, a Chinese initiative aimed at promoting business and investment relations between China and the 17 countries.

How successful the initiative has been is difficult to gauge. While it can often appear that new Chinese investments are being announced every day, actual, hard data on how much money flows into the region from China is difficult to come by.

A recent study from the Central and Eastern European Centre for Asian Studies (CEECAS) attempts to answer the question. According to the report, governments in the region tend to offer an inflated view of China’s presence.

This is the result of factoring in investment plans that are announced but not followed up on, infrastructure projects financed by loans, and international mergers and acquisitions.

Examples of all three are readily found in the region. In Romania, in 2013, China General Nuclear Power Corporation signed a deal to invest into a project to expand the country’s only nuclear power plant, at Cernavodă. By 2020, the deal had been abandoned.

Last year, the Washington-based Centre for Strategic and International Studies noted in a report that projects financed by Chinese loans are often presented by governments as investments. This has had the effect on public opinion: in 2018, more than half of Serbs had a “positive” view of China compared to less than 30 per cent who thought the same of the European Union.

The sums do not add up

In fact, the CEECAS report finds that in many of the 17+1 countries, there is a mismatch between the amount of Chinese investment reported by governments and the respective central banks, with the the government figures being far higher.

In Czechia, the central bank reports that Chinese FDI (foreign direct investment) stock stands at 600 million euros, but according to the office of the country’s president the figure is much higher, at more than 8.5 billion euros.

“Economic cooperation with China was the main theme of the 17+1 initiative, and CEE politicians invested a lot of domestic political capital to sell the idea of working together with the People’s Republic. Thus, many of these politicians have become interested in emphasising or even inflating the otherwise disappointing result for their own political sake,” says Dr Tamas Matura, founder of CEECAS and associate professor at the Corvinus University of Budapest.

Dr Nina Marković Khaze, of the Department of Security Studies and Criminology at the Macquarie University in Sydney also points out that Chinese investments in the region are often inflated, and especially in the Western Balkans.

“On the EU’s periphery, namely, in the candidate states of the Western Balkans, the EU rather than other geopolitical players (Russia, China and Turkey) is still the most important foreign policy and trade actor and a source of political, economic and development attraction,” she tells Emerging Europe.

“The EU’s funding to the region is often played down in the official media in the Western Balkan states while the Russian and Chinese aid is given too much public attention. Public perceptions in the Western Balkans are hence inaccurate as to which are the main partners of their nations as the public more often than not relies heavily on the government’s reporting which lacks critical analysis,” she adds.

As the CEECAS reports notes, once infrastructure projects, and the mergers and acquisitions are taken away, the actual value of Chinese FDI to the region diminishes significantly. As a general rule, traditional trade partners such as Germany, other East Asian countries like Japan and Korea, and to a lesser extent the United States remain the most important investors in fifteen of the sixteen countries covered by the report.

The only exception in Serbia, where China does have a significant presence — both in terms of infrastructure and FDI.

“The underwhelming results of the 17+1 have diminished China’s reputation in many countries of the CEE region in recent years. However, there are some countries where China still has its influence, and the EU and the US should pay attention to these,” says Dr Matura.

“Meanwhile, I am sure that Brussels and Washington are perfectly aware of the limits of China’s economic presence in CEE countries, and they use the ‘perils of Chinese investment’ narrative merely as a communication tool.”

Often cited as a potential danger is the so-called “debt trap”.

Recently, Montenegro was forced to ask for help from the European Union to refinance nearly one billion euros that it owes to the Exim Bank of China, money borrowed in 2014 for the construction of a highway.

Debt to China already accounts for 18 per cent of the Montenegrin GDP. Other Western Balkan countries fare similarly. In Serbia, it’s 12 per cent, in Bosnia and Herzegovina 10 per cent, and in North Macedonia the figure stands at seven per cent.

Dr Matura says that while reports show Chinese loans do not create debt traps as a general rule, examples like Sri Lanka and Montenegro can be seen as exceptions.

“However, this does not mean that certain governments cannot jump into a trap voluntarily, and countries of the Western Balkans have indeed become heavily indebted to China compared to the size of their economies,” he explains. “The responsibility of national governments and politicians has to be emphasised. It is their responsibility to launch projects that are feasible, sustainable and serve the long term interests of their home country. China is not a charity institution.”

Still, Dr Marković Khaze points out that authoritarian countries like China, Russia, and Turkey remain interested in promoting their own interests in both the EU and the Western Balkans.

“What is important to look out for is the extent of military-security cooperation of the Western Balkans states with China. Serbia is potentially compromising its own national security and sovereignty to Beijing by adopting and adapting Chinese software programmes in government departments without any public scrutiny,” she says.

Last year, several human and digital rights NGO sounded the alarm of the appearance of hundreds of facial recognition cameras in Belgrade, supplied by the Chinese tech giant Huawei, whose technology has been a bone of contention in the EU and US for a number of years. Many countries have omitted it from public tenders, citing security concerns. Serbia remains one of few countries in Europe that still hasn’t directly pledged to end working with the Chinese giant.

Investment of course is only one way in which countries can project power. When an Airbus A330 full of medical aid landed in Serbia in March of last year, President Aleksandar Vučić praised his Chinese counterpart Xi Jinping while at the same time criticising the EU over a “lack of solidarity” in the face of the Covid-19 pandemic. This was seen by many analysts as important diplomatic victory for China.

In Hungary, a campus of the Chinese Fudan University is set to open by 2024. This comes after the Central European University was all but expelled from the country in 2019 after the Hungarian government refused to allow it to keep teaching its United States-accredited graduate programmes.

“Whether the Chinese communist government will be able to translate its economic power into any major strategic gains in the Balkans remains to be seen,” says Dr Marković Khaze.

“But even EU members such as Hungary and Greece have recently been supporting Beijing’s position – rather than that of Brussels – in statements and policy positions by multilateral institutions that are seen as being critical of China.”

For now, China faces a battle merely to keep the 17+1 together.

Lithuania last week dropped out, with its foreign minister Gabrielius Landsbergis citing the need for the EU to deal with China as one voice. “27+1 is better than 17+1,” he said.

Estonia could be next.

The chairman of the foreign affairs committee of the country’s parliament, Marko Mihkelson, said at the weekend that Lithuania’s decision is a “step in the right direction” and that Estonia should do the same. “Unity matters. Estonia will follow soon.”