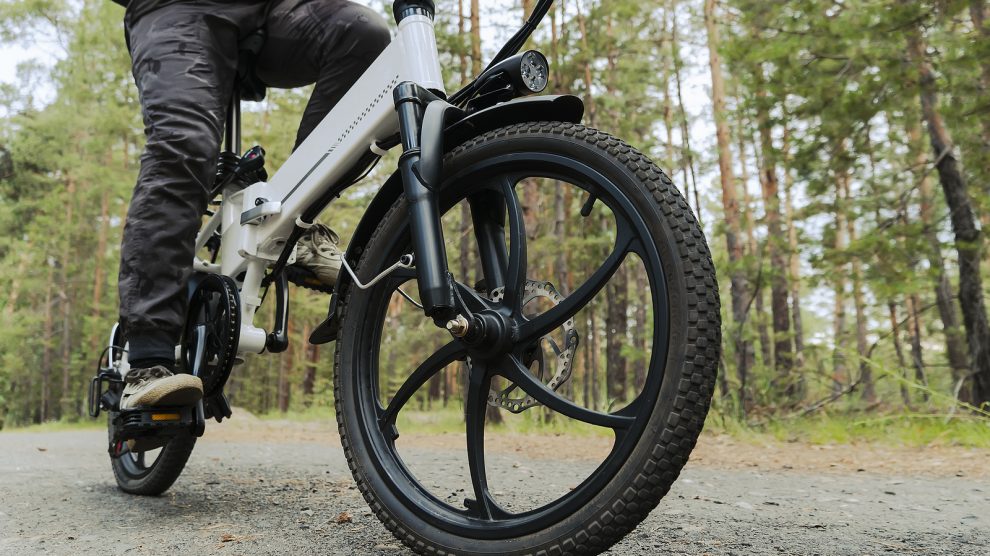 The usage and production of electric bicycles in the EU has skyrocketed since the start of the Covid-19 pandemic. Bulgaria and Poland are at the forefront of this recent boom.

The e-bike business was one of very few to have experienced an upsurge throughout 2020.

According to a recent report by the Confederation of the European Bicycle Industry (CONEBI) on markets in the EU and the UK, e-bike sales increased by 40 per cent in 2020 to 22 million: more than 18.3 billion euros worth of e-bikes were sold during the year.

Erhard Büchel, the president of CONEBI, has called 2020 “the best year since we started analysing data”.

“Investment and innovation topped 1.5 billion euros, up from one billion euros in 2019. This has fuelled unprecedented production growth across Europe,” adds Büchel.

According to Bicycling magazine, e-bikes are bicycles with a battery-powered “assist” that comes via pedalling and, in some cases, a throttle. “When you push the pedals on a pedal-assist e-bike, a small motor engages and gives you a boost, so you can zip up hills and cruise over tough terrain without gassing yourself”.

This e-bike boom is already benefiting Bulgaria and Poland, which have for years been some of the bloc’s top producers of traditional bicycles.

Eurostat data from July 2021 reveals that in 2020 Poland was the fourth largest producer of bicycles in the EU, making over one million units throughout the year, not far behind Germany’s 1.3 million.

Yasen Georgiev, executive director of the Economic Policy Institute in Sofia, argues that for countries like Poland and Bulgaria, the transition from producing traditional bicycles to e-bikes will not be difficult, as demand for the latter continues to grow.

“It comes as no surprise that manufacturers are now about to seize the opportunity emerging from the surge in e-mobility in light of the Covid-19 push to individual transportation,” adds Georgiev. “The demand for electric bicycles is so high that some local firms in Bulgaria have announced plans to transform their production in a way that they will concentrate almost entirely on electric bicycles.”

Marek Młynarczyk, CEO of BearEBike, a e-bike manufacturer in Wołomin county near Warsaw in Poland, is similarly hopeful that demand for the product will continue to grow.

“Currently, our small team makes up to about 12 e-bikes per week. However, we are planning to extend production to 100 pieces per month by 2023, and we are looking for strategic investors,” Młynarczyk tells Emerging Europe.

BearEBike represents a growing trend in the country. While official data for e-bike production is not yet recorded, according to some reports in 2020 Poland became the second largest producer of e-bikes in the EU, with production growing from around 40,000 units in 2019 to close to 50,000 in the first half of 2020 alone.

According to Młynarczyk, the uniqueness of the product on offer is what makes his company successful.

“We offer vehicles for mountain trip enthusiasts and those interested in sports such as freeriding and downhill biking. We are the only manufacturer in Europe creating vehicles with a maximum speed of above 140 kilometres per hour.”

“Our clients mainly come from nearby countries, such as Norway, Sweden, Lithuania, Belarus, Finland, Russia, Czechia, Germany and France. We also have large sales in Austria and Great Britain,” he explains.

One of Bulgaria’s largest producers of traditional and electric bicycles, Maxcom is similarly planning to expand production after securing a deal last month with the Austrian investor and motorcycle producer Pierer Group, which includes an initial investment of 40 million euros for the construction of a new manufacturing plant near Plovdiv.

Maxcom says that it aims to export over three million electric bicycles worth more than 10 billion leva (five billion euros) over the next 10 years.

According to Yasen Georgiev, companies producing bicycles are among the “hidden champions” of Bulgaria’s export industry.

“The sector is dominated by a relatively small number of medium-sized firms that are strongly present on the markets of European Union countries. The biggest export markets for bicycles produced in Bulgaria are Germany, Romania and the Netherlands,” Georgiev says.

With production of electric bikes now in overdrive, a large number of new jobs are being created.

“Since our establishment 25 years ago, Maxcom has emerged as one of the leading bicycle production companies in Bulgaria and a trusted employer, employing over 1,000 people,” Maxcom says.

“The new plant will directly create 1,000 new jobs for Plovdiv and the surrounding region,” the firm adds.

What’s more, according to Georgiev, these are not menial jobs but skilled posts that reflect a change in Bulgaria’s position from low-cost assembly hub to a centre of innovation and added value.

“The increasing share of such goods in Bulgaria’s total exports goes hand in hand with the gradual transformation of Bulgarian exports over the last decade towards more sophisticated manufactured goods with higher added value,” he says.

Why new hydropower standard will not halt damage to CEE’s rivers
Made in Emerging Europe: EnduroSat, TS Ventures
Comment