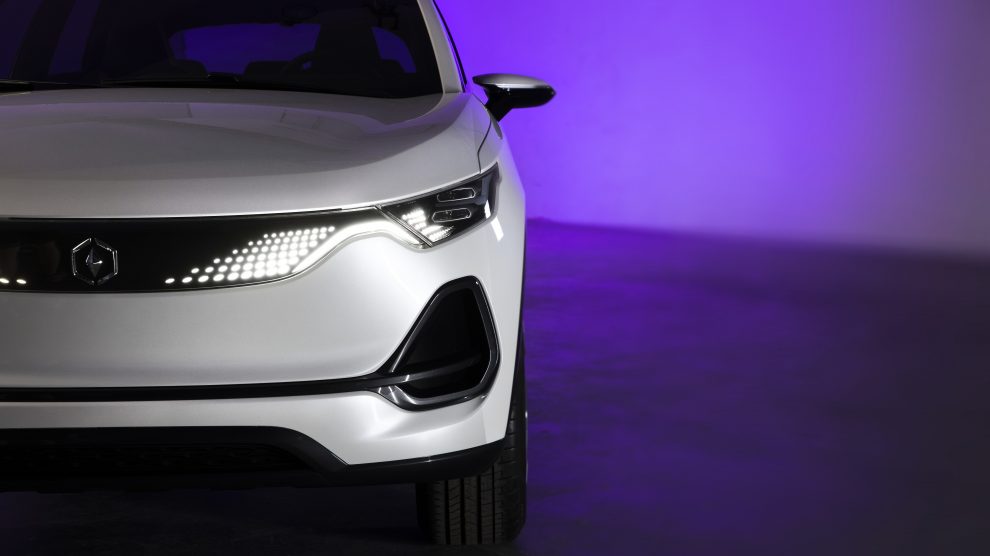 The launch of Poland’s national electric car, the Izera, has been pushed back from 2023 to 2024.

Since it was first presented in 2020 the Izera, the brand name for a range of electric cars set to be produced by ElectroMobility Poland, has attracted a great deal of media attention as (currently) the only concrete plan to produce a mass-market electric vehicle (EV) in the CEE region.

When announced last year, ElectroMobility Poland offered a number of basic specs about the car.

There will be two battery variants, 40 and 60kWh (kilowatt hours) and the batteries would fast charge to 80 per cent within 30 minutes, offering a range of 400 kilometres.

But a year on, the launch of the first models has now been postponed from 2023 to the first quarter of 2024.

Meanwhile, the Polish state has recapitalised Izera with 250 million Polish złoty (around 55 million euros), which will make the state the firm’s largest shareholder.

“Originally, when the company was founded in 2016 with a share capital of 70 million Polish złoty [15.5 million euros] by four state-controlled power companies, they were meant to finance the plant,” explains Rafał Bajczuk, senior policy analyst at FPPE (Electric Vehicles Promotion Foundation).

“Ultimately however the power companies were not willing to invest in this risky project, and it is almost certain that the state will be financing the whole thing.”

So how concerned should potential buyers be at the latest delay?

Not all that concerned, suggests Andrew Tjernlund of PowerMidwest, a EV charger wholesale company.

“The Izera project is still a work in progress and the delays are not particularly meaningful,” he says.

“Many major projects like this have trouble meeting their initial timelines and delays in logistics and production around the world mean that moving the launch date back a year is not disastrous or even particularly indicative of problems.”

However, according to Rafał Bajczuk, the launch may be even further delayed.

“I believe that 2024 as the date for starting production is really optimistic,” he tells Emerging Europe.

He adds that it is possible the the actual date could be several years away.

“The reason for this is that a whole new product will be implemented and constructed, which requires time. Another problem might be recruiting the necessary labour force, since Poland has record low unemployment and is facing a lack of skilled workers.”

There are also, somewhat ironically, environmental concerns over the project.

The new funds are to be used to finance the Izera plant, located near Jaworzno, midway between Katowice and Kraków, which is expected to be completed within the next two years.

Earlier this week, Polish President Andrzej Duda signed a controversial law – passed by parliament in July and dubbed Lex Izera by the media – that will allow the plant to be built on land owned by the country’s forestry commission.

Many things about the Izera cars are still unknown. Such as which platform it will actually based on. According to ElectroMobility Poland, the firm is in talks with several major car companies.

“This information is rather reassuring, because the process of designing a platform is cost and time consuming. The technical integrator of the car is the well-established German company EDAG Engineering Group,” Bajczuk notes.

For Poland, one of the most important aspects of the Izera project is a push to keep as much added value within the country’s automotive sector. While Poland has one of the largest automotive industries in Europe (third in terms of direct manufacturing jobs and fourth in the number of assembly and production plants), most of these companies are international car manufacturers.

“Poland’s own industry consists of small and medium sized companies that act as sub suppliers, who can’t create a lot of added value from their products. The Izera project is an attempt to break out of this situation,” explains Bajczuk.

The goals of the Izera are therefore lofty. It aims to be an affordable national electric car — somewhat recalling the days of the Syrena and Polski Fiat, while it is also aims to strengthen the Polish car industry itself — putting the country on the map with a locally designed and produced car.

But is ready to support EVs? Current electric cars tend to have a range of 400 kilometres, give or take, and the Izera will be no exception. A well-developed network of fast chargers is therefore paramount to ensure that EV owners can drive with confidence.

“Like all countries in the CEE region Poland is lagging behind Western Europe when it comes to developing a charging infrastructure. Poland has fewer public charging points than for instance Denmark, or Belgium, which have a far smaller area and population,” Bajczuk says.

Could the Izera be the kick that the government needs to devote more resources to this issue? Andrew Tjernlund thinks so.

“With the state now getting involved this is a great sign for infrastructure development. Why go through all the trouble of development and then fail on the back end? Expect movement toward EV charger incentives in the next three years,” he tells Emerging Europe.

Currently, however, according to Bajczuk, the lack of charging infrastructure is slowing down the development of e-mobility in Poland.

“Even if the Izera project will not be completed on time the country should increase the pace of deploying charging infrastructure for electric vehicles in order to transition away from combustion engine cars,” he says.

For now then, it’s wait and see. With the projected launch of the Izera cars at least three years away, a lot can still happen. But ElectroMobility Poland, with the new cash injection from the state, does at least appear focused on getting its Jaworzno manufacturing plant up and running.

Uzbekistan’s high-speed railways linking the past with the future
As EU celebrates vaccinating 70 per cent of adults, its East-West divide grows wider
Comment