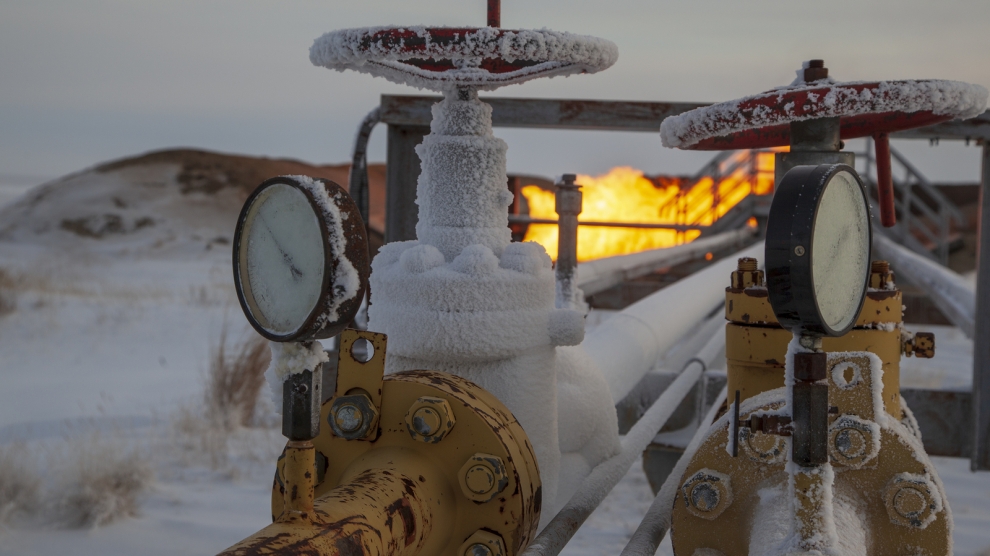 After months of delayed negotiations between Russia and Ukraine on the future of gas flow to Europe, the two sides have finally reached an agreement under EU mediation just days before Ukraine’s current, 10-year gas transit agreement expires.

Under the terms agreed by Russian gas giant Gazprom and Naftogaz, Ukraine’s national energy holding, Russia will continue to supply Europe through Ukraine for another five years for which Ukraine will set “higher transportation tariffs.” The minimum transit volume was set at 65 billion cubic metres for 2020 and 40 million cubic metres for the next four years.

As part of the agreement, the Russian gas company will pay around 2.9 billion US dollars to Naftogaz based on the decision of a Stockholm arbitration court to settle disputes over gas prices and transit fees.

The deal also requires Ukraine to drop its latest legal claim against Gazprom in which Naftogaz sought 12 billion US dollars in compensation for the Russian company’s refusal to accept market-based gas transit tariffs in 2018 and 2019.

Despite their original intention to strike a 10-year deal, the agreement is seen as a major win for the Ukrainian government since Russia had aimed for just a one-year agreement.

The minimum volume of annual gas transit, envisaged by European and Ukrainian officials, has also been secured, however, the new volume is significantly lower than in the previous years: gas transit through Ukraine totalled close to 87 billion cubic metres in 2018.

“[It is] hard to understate the significance of this agreement. This would mark the first economic/trade deal of any note between Ukraine and Russia in the period since Euromaidan [revolution in 2014],” wrote Ukraine Business News, quoting Timothy Ash, a London-based country analyst.

Ukraine has filed a number of legal claims at the Stockholm court, which will now be open for discussion separately from the gas transit deal, including a five billion US-dollar Ukrainian claim over Naftogaz’s seized assets in Crimea.

While it was under discussion during the previous rounds of negotiation, Ukraine will not resume buying Russian gas directly. However, the agreement also allows for direct Ukrainian purchases. The country stopped importing Russian gas in 2015 after tensions escalated in the Donbas war in Ukraine’s east. In fear of not making an agreement, Naftogaz accumulated more than 20 billion cubic metres of natural gas from European suppliers.

“The most important thing is that we have provided stability both in the Ukrainian market and in the European ones. This means that Ukraine is a reliable partner, fulfills its obligations, guarantees energy security in the region,” Ukrainian energy and environmental protection minister Oleksiy Orzhel said.

The five-year agreement is likely the result of pressure from the US Congress on Nord Stream 2, a soon-to-be completed Russian pipeline that will deliver gas to Germany through the Baltic Sea, bypassing Ukraine.

Only hours before the Russian-Ukrainian deal was agreed, US president Donald Trump approved a congressional bill sanctioning companies that have taken part in Nord Stream 2’s construction. The pipeline, which is built by a Gazprom-led consortium of Western European companies, has also been heavily criticised by a group of EU lawmakers and certain Eastern European countries, including Poland and Ukraine.

“The terms of the agreement [include] special gratitude to the United States for the strong stand and support,” the Ukrainian government said about the deal, with Naftogaz CEO Andrey Kobolyev saying that “lobbyists from Gazprom in the US Senate have put a lot of effort in saying that everything is fine, don’t worry, there will be an agreement, there’s no need to impose sanctions.”