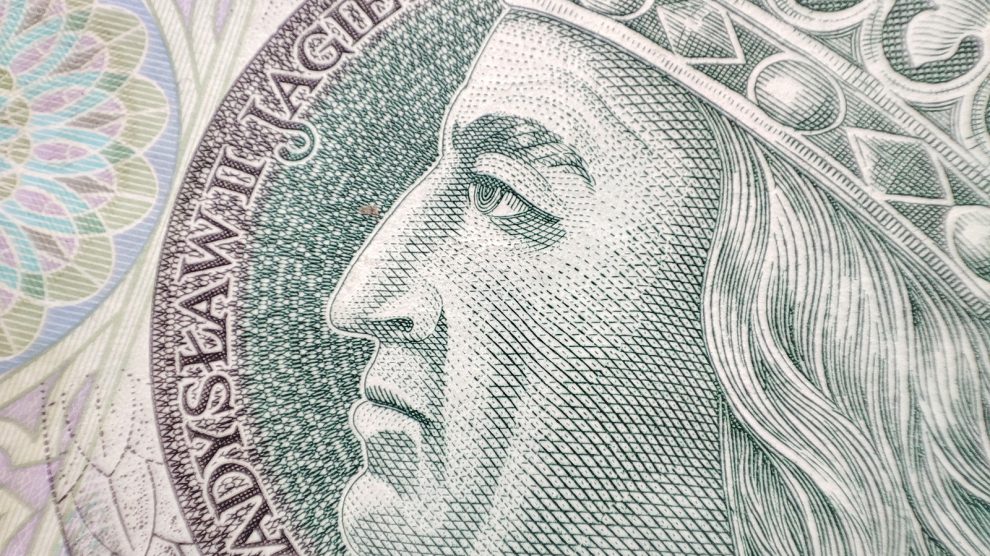 Marek Dietl, the CEO of the Warsaw Stock Exchange, tells Emerging Europe that he believes a digital złoty is Poland’s best bet in the global digital currency race.

Two countries in Central and Eastern Europe, Estonia – which is taking a leading role in the development of a digital euro – and Ukraine – whose Ministry of Digital Transformation has already released a roadmap to transform the country into “a leader in cryptocurrency integration” – currently lead the region in the race to establish viable digital currencies.

A third, Poland, could be about to join them.

According to Marek Dietl, the CEO of the Warsaw Stock Exchange (GPW), Poland is well-suited to facilitate the development of its very own Central Bank Digital Currency (CBDC), and is far from falling behind its regional competitors.

“The Warsaw Stock Exchange is working on a private market platform based on blockchain technology which will enable companies to raise funding for their operations in exchange for tokens,” he says.

“If a digital złoty is introduced, we could simplify payments and offer lower transaction costs to participants in this market. As a stock exchange, we are ready to make our IT facilities available for work on the CBDC. Albeit the decision to prepare for adoption of digital currency depends on the National Bank of Poland, but we are ready to cooperate with the central bank,” Dietl adds.

The United States and China are currently leading the global race in the development of CBDC, with some suggesting that this could result in wealth becoming saturated in a small number of high-tech firms based in those leading countries, leaving much of the rest of the world behind.

Dietl argues that avoiding such a scenario is only possible through the creation of technology micro-hubs, which would allow a county like Poland to provide digital currency services on a regional scale.

“The establishment of CBDC in Poland would be a trigger to create one such hub, with independent infrastructure and facilities for service and data security specialists,” he asserts.

“Polish IT specialists are exceptionally qualified and lead various IT rankings. Moreover, Polish companies worldwide are involved in many projects using distributed ledger technology (DLT). We need to use the potential of our people – then we can become a supplier of technology to issue digital money for other countries,” Dietl says.

The Polish public is also prepared to take full advantage of the benefits a CBDC can offer.

Dietl says that, “Poles are used to a high-level of banking services digitalisation; we are definitely ahead of many western countries in this area. The Deloitte Digital Banking Maturity 2020 study ranked Poland fourth in development of digital channels in banking – behind Turkey, Spain and Belgium.”

“We are also among world leaders in contactless payments. Digitalised financial services are an everyday reality for us, so I believe Poles should smoothly adapt to a new reality where you can settle using digital currency,” he adds.

Poland is not the only country determined to stay afloat in the competition to develop a working CBDC. The European Union as a whole is at risk of falling behind the US and China, and for this reason eurozone states are making joint effort to develop a digital currency.

As an EU member Poland is obliged to eventually join the eurozone, which may raise questions about the necessity to develop a digital złoty of its own.

The CEO of the Warsaw bourse, however, argues that it would not be in the best interest of the Polish economy to adopt the euro any time soon.

“Poland did undertake to adopt the common currency but did not specify a date when this would happen. Today, we are not prepared to join eurozone, because we do not meet the convergence criteria. There is also no political agreement on a timetable to adopt the euro.”

“Our currency is the Polish złoty and we must ensure its competitiveness. With a developed capital market and an increasingly globally integrated Polish economy, the Polish złoty could be much more popular than it is today. The introduction of a digital złoty would greatly increase its attractiveness – especially in the CEE region,” Dietl says.

Despite choosing to work on a digital currency independently of the rest of the EU, for now, as a member state of not just the bloc, but also the Schengen area, Poland nonetheless shares a number of common concerns and threats with the rest of the Union.

Organised crime arguably poses some of the most consistent and imminent dangers to the security of the EU and Poland, and according to Dietl, CBDC can play a decisive role in either addressing this problem or further exacerbating it.

“Undoubtedly, speed of transactions, which are carried out in near real-time from anywhere in the world, can serve to obscure money origin. Such anonymity is a major problem cryptocurrency markets,” he acknowledges.

However, Dietl asserts that CBDC is not necessarily going to be an easy to exploit tool in the wrong hands, pointing out that such issues can be countered through, “identification and prior verification of payer identity”.

“Authentication can be based, for example, on use of data from various national registers or by using a trusted profile. This is the difference between central bank digital currency and cryptocurrencies: the system tracks who paid whom and when, and transaction records are kept by a public institution. The state should be a holder of this data and ensure security of the system against hacking attacks,” he explains.

Dietl further makes the argument that although some state regulation should be considered in order to counter potential threats, this should not be done to the detriment of the freedom of the markers or the privacy of consumers.

“Perhaps users should be able to control their data and only share it with payment service providers or creditors. It is necessary to regulate not only who has access to data, for example law enforcement agencies, but also who stores it and how. This should be considered by societies,” he argues.

“We must remember not to over regulate – we need to think carefully about economic freedom and the right to privacy.”