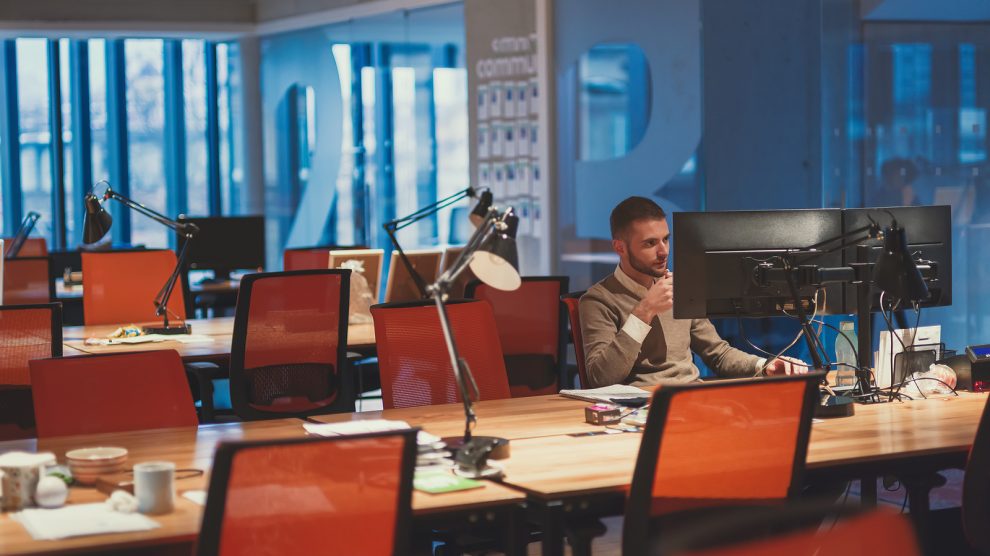 The ongoing crackdown against opposition in Belarus, which began in the aftermath of a rigged presidential election last August, has decimated the country’s promising IT sector.

In February 2020, then-US Secretary of State Mike Pompeo visited High-Tech Park – a hub for IT firms – in the northeastern outskirts of Minsk, the capital of Belarus.

He could hardly contain his excitement, reporting that he was “inspired” by what he saw, branding it a “great example of how Belarus can seize its extraordinary growth potential by embracing forward-looking economic policies and smart regulation”.

Just a few months after Pompeo’s visit, his words suddenly appeared to belong to a different age.

Since a controversial presidential election in August 2020, widely believed to have been rigged, returned incumbent Alexander Lukashenko to office, authorities in Belarus have been brutally effective at eradicating opposition to the man who has led the country since 1996.

Since the crackdown against anti-government protesters began in the days after the election, an estimated 20,000 IT specialists have left Belarus, out of a total – in 2019 – of 124,000.

Some estimates claim that as many as 58 per cent of all start-up founders have emigrated.

Welcomed by the neighbours

These innovative entrepreneurs have been welcomed with open arms by neighbouring countries: Poland, Lithuania and Ukraine have all begun to offer simplified migration procedures for Belarusian IT specialists.

As early as September of last year, Valeriy Tsepkalo, a co-founder of the High-Tech Park gave an ominous prediction for the future of the industry: “If the current state of affairs persists, there will be no trust on the parts of the customers and investors.”

With tens of thousands of the country’s highest-paid workers leaving, one of Belarus’s best-performing economic sectors risks stagnation.

IT workers, as an upwardly mobile middle class, are overwhelmingly hostile to the leadership of Lukashenko. Even before the election – in which Tsepkalo had hoped to challenge Lukashenko, but was eventually prevented from standing – IT specialists had been developing alternative vote counting platforms. In its aftermath they set up a database to monitor detained persons.

Ironically, the High-Tech Park was a flagship Lukashenko project, offering tax and legal privileges to IT companies based there. Since its establishment in 2005, it had been the centre of one of the highest-performing, most sophisticated sectors of the Belarusian economy.

Companies like communication platform Viber and video game maker Wargaming both emerged from the High-Tech Park. Wargaming, now owned by a Japanese firm, closed its offices in Minsk shortly after the election.

According to official Belarusian statistics, in 2020 the IT sector raised a record 2.7 billion US dollars in exports of products and services, up 25 per cent from 2019 and accounting for four per cent of the country’s GDP.

As such, the exodus of IT specialists over the past year will have major implications for the Belarusian economy.

“Now, [the country’s reputation] is wiped out. There are days with no internet. You never know when a key person will be arrested.”

However, it is not just fear that causes IT workers to leave Belarus. Alex is an IT specialist who left Belarus for Kyiv a few months after the election.

While he was not arrested or assaulted himself during the protests – and, as far as he is aware, is not on any kind of wanted list – he says that it frustration over the feeling of powerlessness that spurred his decision to leave.

“People thought: Goddammit! I want to decide what happens in my country,” he tells Emerging Europe. “Once our basic material needs are taken care of, we start to think of more abstract things, like feeling respected by our society and our government.”

The sector is not dead yet

Alex now works as a freelancer in Kyiv and has settled comfortably in the city, particularly due to its now sizeable Belarusian diaspora.

He says that he is open to returning home and that, from what he has seen, the exodus of IT workers is not as severe as sometimes portrayed.

“I think that the exodus is a bit overblown. On the one hand, everyone except our propaganda says a lot of IT workers have left. But on the other hand, my old company, for example, hires two or three new employees every week.”

His words suggest that there are still plenty of good IT specialists in Belarus: the country’s IT sector is not dead yet.

In Emerging Europe’s Future of IT Report, published in February, Belarus ranked 14th out of the 23 countries in the region.

But for the country to realise fully the potential Pompeo of which was so effusive in his praise, the country needs to ensure that people like Alex can be persuaded to return. And that will require change.