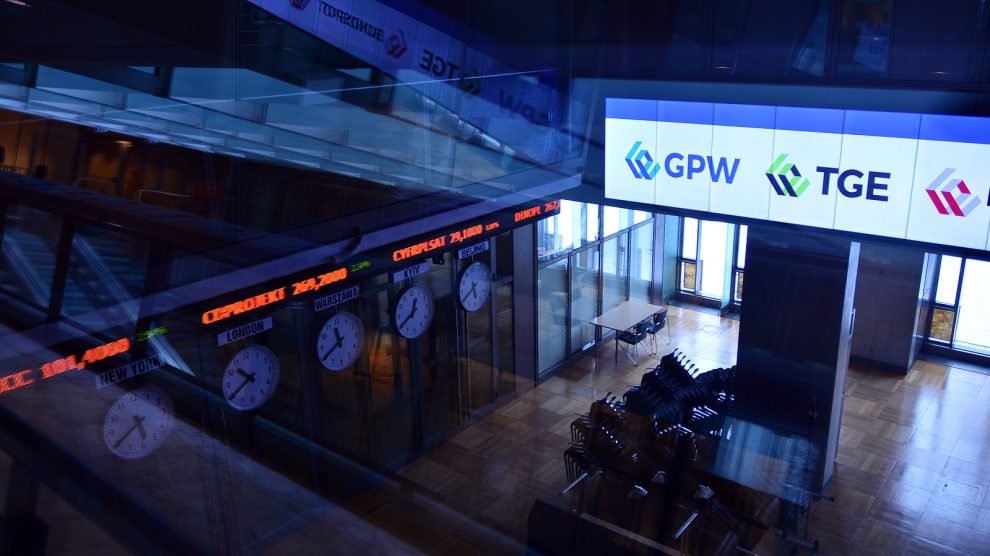 Almost two years after agreeing to buy a majority stake in the Armenia Securities Exchange, the Warsaw bourse has moved a step closer to creating a regional hub that could be attractive to both firms and investors.

When the Warsaw Stock Exchange (GPW) signed a deal with the Central Bank of Armenia in September 2020 to take a majority stake in the Armenia Securities Exchange (AMX), it was a further signal that the GPW – already the largest stock exchange in emerging Europe – was pursuing its ambition of creating a regional hub that could be attractive to both firms and investors.

At the World Economic Forum’s annual meeting at Davos on May 24, the deal was finally concluded, with Marek Dietl, CEO of the GPW, and Hayk Yeganyan, CEO of the AMX, signing a memorandum and initialling a share purchase agreement setting out the terms of GPW’s acquisition.

GPW will take a majority stake representing 65.03 per cent of shares in AMX from the Central Bank of Armenia (CBoA), which currently holds 90.05 per cent of the share capital in the Yerevan-based exchange.

The agreement was initialled in the presence of both the Polish and Armenian presidents, Andrzej Duda, and Vahagn Khachaturyan.

“We are not only taking over 65 per cent of the shares but above all we are taking responsibility for the Armenian capital market,” said Dietl.

“Our main goal is to transfer our 30 years of experience on the Polish capital market to Armenia and, more broadly, to the South Caucasus as Armenia plays an extremely important role in the midst of capital flows in the region: for example, the seat of the Federation of Euro-Asian Stock Exchanges is in Yerevan.”

As a result of the transaction, GPW will indirectly take control of the Central Securities Depository of Armenia (CDA), where AMX currently holds 100 per cent of the share capital.

Even before the deal was concluded, GPW had already defined a list of more than a dozen potential strategic projects aimed at long-term development of the AMX.

Key areas include the implementation of innovative solutions based on state-of-the-art technology, the organisation of trade in commodities, support for dual listing of GPW and AMX issuers, and the provision of a modern trading platform.

The GPW has long been one of the most innovative exchanges in the region, and last year announced plans to develop a dynamic ad insertion (DAI) application it has dubbed TeO, which will offer broadcasters the chance to serve the kind of bespoke and personalised adverts that have been common on the internet for several years.

The GPW says that the TeO concept is the result of more than a year’s worth of market research, and has committed to spending more than 33.3 million złoty (7.23 million euros) on the idea’s development over the next two years, including a grant of 13.34 million złoty from Poland’s National Centre for Research and Development.

TeO will use state-of-the-art technology (including machine learning and neural networks) to ensure high precision profiling and system operation with minimal delays, enabling the purchase and display of advertisements in near-real-time. The GPW will take a small fee for each transaction.

Viewers will see ads based only on their profile, meaning that targeted marketing campaigns can be deployed more effectively across all platforms, including linear television.

Far from being a tangent with little relation to the exchange’s day-to-day activities, Dietl said at the time of the announcement that “TeO is in fact a continuation of what we have always done: bringing buyers and sellers together.”