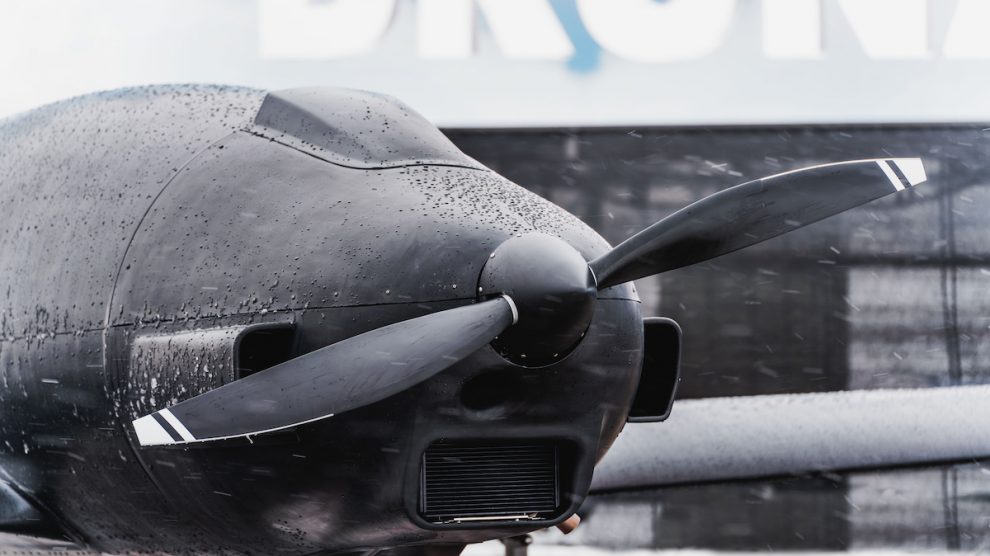 The Blue Swan aircraft developed by Bulgaria’s Dronamics can be monitored and managed remotely via satellite, and the entire system costs less than a sports car.

Bulgaria’s Dronamics is in many ways a classic Southeast European start-up.

The firm, which designs drone-based systems for fuel-efficient, same-day, cross-border and long-haul cargo deliveries, is innovative, sustainable, and solves a key problem: creating a network that can ship goods by air at the cost of road transport.

Its unmanned flagship aircraft, which it has dubbed Black Swan, can transport 350 kilograms of cargo over 2,500 kilometres at a cost which it says is more than 50 per cent lower than other airplanes.

Now, the firm is set to take off after it last week became the first company in the EU to obtain a Light UAS Operator Certificate (LUC) for middle-mile cargo operations, allowing it to self-authorise flight operations across the EU.

The LUC – obtained from the Transport Malta Civil Aviation Directorate (TM-CAD) – is recognised in all EU member states and provides drone operators with significant business opportunities across the single market.

It plans to run its first commercial flights out of Malta and Italy later this year. The firm says that with Malta as its European operations base, it is well placed to operate its first routes over the Mediterranean, linking key hubs across the region.

“Becoming the first cargo drone company to obtain LUC certification is a huge milestone for us and validates years of hard work in developing our unique and market-leading solution,” says Sergio Oliveira e Silva, COO of Dronamics.

“With the support of such a sophisticated and technologically advanced regulator, and with Malta as our European operations base, we are well placed to progress our operations and start serving key routes across the Mediterranean later this year and continue our future expansion so that we can achieve our mission to enable same-day delivery for everyone, everywhere,” he adds.

According to Svilen Rangelov, co-founder and CEO of Dronamics, the Blue Swan craft can be monitored and managed remotely via satellite, and the entire system costs less than a sports car.

Designed with fuel efficiency in mind, the Black Swan can operate on up to 90 per cent lower emissions than alternative modes of transport, including air freight.

Earlier this year the firm made a number of key hires to ramp up its research and development and manufacturing teams.

“The goal of Dronamics is to democratise airfreight and lower the cost of shipping everywhere,” says Rangelov.

Founded in 2014, Dronamics raised three million euros earlier this year in a round led by Eleven Capital, a Bulgarian VC firm, which includes almost one million euros from SeedBlink, a Romania-based crowd-investing platform that wants to play a key role in the development of the tech ecosystem not just in Central and Eastern Europe, but across the whole of the continent.

The raise followed a listing on the Bulgarian Stock Exchange in December, which raised almost three million euros in an IPO.