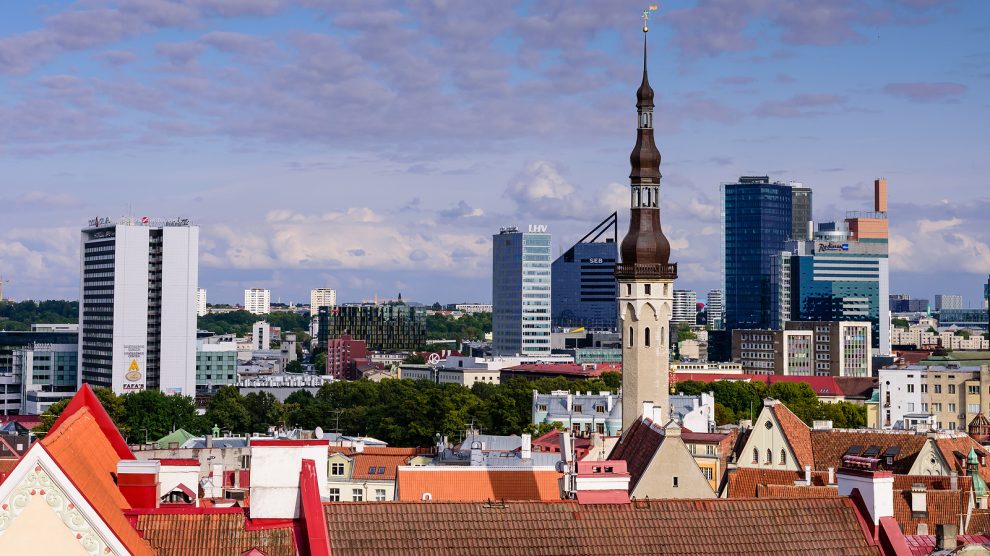 Not every country in emerging Europe welcomed the OECD’s global minimum tax rate of 15 per cent.

The Organisation for Economic Co-operation and Development’s (OECD) global minimum tax rate agreement has now been signed by 136 countries and jurisdictions, including all members of the European Union and much of emerging Europe.

The deal will allow countries to raise taxes on large multi-national corporations active within their borders, and recommends a global minimum corporate tax rate of 15 per cent be introduced by 2023.

While they have now signed, two countries from emerging Europe, Estonia and Hungary, were initially reluctant to do so, although conversations with economists from the two countries reveal significantly different reasons behind their delay in penning the deal.

According to Alari Purju, a professor of economics at the Estonian Business School, Estonia’s unique system of taxation prevented the country from agreeing to the deal at an earlier stage of negotiations.

The economist further points out that this approach to taxation is frequently seen as a key reason behind Estonia’s success.

“The interpretation of the tax authorities has been that the taxation of corporate profits is postponed until those profits are distributed to shareholders and that retained (reinvested) profits are not taxed. Foreign direct investment (FDI) played an important role in the economic growth of Estonia and such a system is considered to be supportive for FDI inflow into the country,” Purju says.

“Estonia considered its own arrangement more supportive for business,” he argues, offering an explanation for the country’s opposition to the progressive nature of the OECD deal.

Krasten Staehr, a professor of macroeconomics at the Tallinn University of Technology, similarly points to a general reluctance within the Baltic country to give up what has so far been a very successful model of taxation, but also recognises the need for Estonia to maintain its image as a reliable EU and OECD member state.

“As an EU and OECD member, Estonia must eventually follow the lead of larger countries in order to avoid unnecessary conflicts it can’t win,” Staehr tells Emerging Europe.

The macroeconomist further suggests that, “it is possible that Estonia may be able to retain its corporate tax system while adhering to the 15 per cent global minimum corporate tax rate.”

Indeed, Purju is somewhat optimistic about the country’s ability to adapt to the requirements of the new deal, pointing out that, “as the OECD arrangement concerns only companies with an annual turnover of 750 million euros and more, the agreed minimal corporate income tax level will be applied to large companies, which are mainly subsidiaries or branches of big international companies.”

“The taxation of smaller companies could follow the old arrangement. Such a solution has been agreed with the OECD and was received well by Estonia’s business community,” he explains.

Gábor Scheiring, a Hungarian economist based at Bocconi University, Italy, and a former member of the Hungarian Parliament (2010-14), says that Hungary has favoured low levels of taxation ever since Viktor Orbán became prime minister for a second time in 2010.

“Orbán is a champion of the race to the bottom on corporate taxation and has also fought EU efforts to harmonise the tax base,” Scheiring tells Emerging Europe.

Despite Orbán’s clear favouritism towards big business, Scheiring argues that his government has been able to paint itself as being anti-establishment.

“He made a splash with taxing banks when he was re-elected in 2010 but these special bank taxes have now been largely phased out. Yet, with this he managed to create an impression that he is a maverick ready to go against big business,” he explains.

“In reality, Orbán’s regime offers a very friendly environment for big corporations, including Europe’s lowest corporate tax rate, currently at nine per cent. Unemployment benefits in Hungary today last for just three months. The current government is also very hostile to trade unions and has incorporated all the major requests of big businesses – both domestic and international – into the labour code, which is now very liberal and offers very little protection,” Scheiring continues.

Meanwhile, the financial benefits of maintaining the presence of big businesses in Hungary reinforced the government’s reluctance to sign the new taxation deal.

“Orbán is especially friendly with manufacturing corporations, such as the German automobile manufacturers, who benefit a lot from Hungary’s favourable tax and labour policies.”

The economist argues that Orbán’s government’s reluctance to abide by the new OECD deal has the same source as the government’s increasingly significant rift with the EU in regard to issues such as democracy and the rule of law.

“Hungary’s economy depends a lot on the performance of these export-oriented manufacturing giants. That’s why Orbán is a business friendly populist – what I have called in my research the national-populist mutation of neoliberalism,” asserts Scheiring.

According to the OECD, seven countries in emerging Europe and Central Asia have yet to sign up to the new tax rate: Azerbaijan, Kosovo, Kyrgyzstan, Moldova, Tajikistan, Turkmenistan and Uzbekistan.