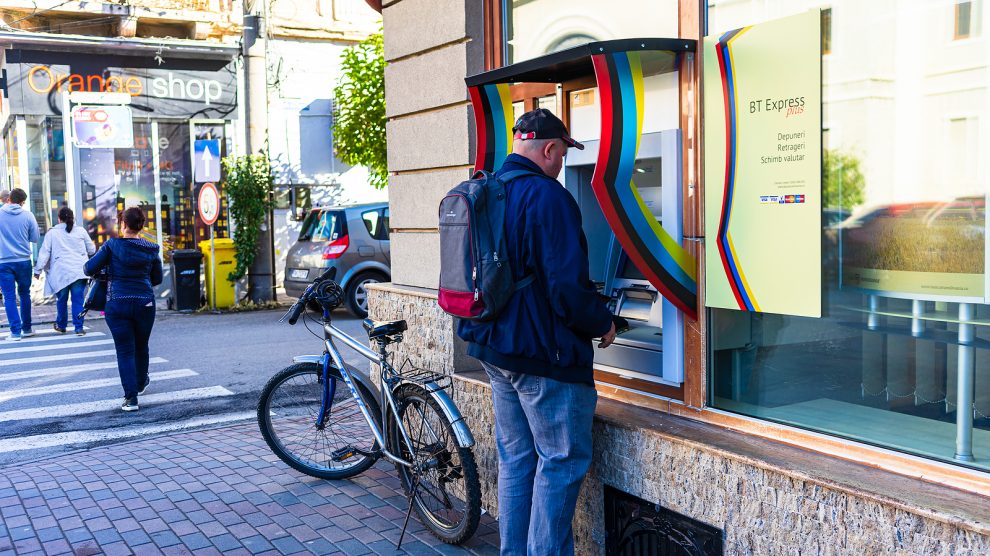 While the difficult year that was 2020 has now passed, there are so far few signs that 2021 will be any less uncertain. The Covid-19 pandemic, initially thought to be a short-term problem – naively perhaps – shows no signs of abating. Vaccination programmes have begun in several countries, but it could be months, years even, before the benefits can be reaped.

The negative impact on almost every economy in the world has been deep, and emerging markets have not been spared.

In such troubling times, savings are instrumental for all economies, but there are few incentives for people to do so: interest rates are low, negative in some places, and many central banks are even exploring ways to allow commercial banks to charge fees on customer deposits.

And yet in some places, the level of savings has increased since the beginning of the pandemic. Romania is a case in point and, according to Alexandru M. Tanase, an independent consultant with experience at the European Bank for Reconstruction and Development (EBRD) and the International Monetary Fund (IMF), is both interesting and revealing.

“Unexpectedly and somehow unexplained, according to the National Bank of Romania’s figures the level of deposits (both at sight and on terms) made by the population and other non-governmental entities with banks has steadily increased during 2020 despite the negative impact of the pandemic,” he tells Emerging Europe. “When compared to the level of loans granted by banks, which has remained almost flat, this is a great achievement.”

One possible explanation may be the large numbers of Romanians living and working abroad who returned home at the beginning of the pandemic, bringing their savings with them.

Mr Tanase points to the figures made public by the Romanian government that claim as many as 1.3 million people had returned by May 2020.

At the same time, Romania’s foreign debt has increased significantly, from 107.1 billion euros in November 2019 to 119.9 billion euros a year later.

“This shows that stimulating both savings and remittances from abroad will be vital to relaunching the economy and maintaining control of foreign debt,” adds Mr Tanase.

He says that during the first wave of the pandemic a justified fear swept the population, with April 2020 especially tense as many savers switched their deposits from Romanian lei to euros or other hard currencies in order to avoid sharp depreciation of the leu.

“Actually, April could have been labelled as the ‘great panic’,” he says. “Many depositors turned to the banks to get hold of their deposits, either in lei or euros. Large amounts were requested back in cash without any rationale. When the banks rightly asked anti-money laundering questions, some customers behaved very strangely, a fact which can have no justification. Fortunately, the emotional behaviour of the population calmed down after May as people started to realise that the pandemic is going to be around for a much longer period than initially anticipated.”

At the same time, other segments of the population were quite prudent in buying only essential goods.

Mr Tanase suggests that this can be explained by tough “stay at home” measures introduced by the Romanian authorities.

“Practically all large shopping centres were closed until June 15. Some relaxation measures were introduced after that, but stricter measures were imposed again. Therefore, the acquisition of non-food products by the Romanian population was almost impossible despite the nascent electronic market for all types of goods and services. Therefore, many analysts consider that the increase of savings are also the results of ‘forced’ cuts of expenditures,” he says.

Whatever the reason for the increase in deposits, Mr Tanase believes that both the National Bank of Romania (BNR) and the commercial banks should now do all they can to consolidate the trend.

So far, they have shown little sign of doing so.

“The refinancing rate has decreased from above six per cent in January 2011 to 1.25 per cent as of January 18, 2021. This will help relaunch the economy, but the level of interest rates should be adequate to at least cover inflation,” he argues.

“The quality of banking services (including through electronic means) are also crucial in this respect. The current attitude of some commercial banks and Romanian politicians (that savers alone should bear the cost of the pandemic) is totally wrong. Interest rates should not be manipulated, especially during election years such as 2020 when savers had their say at the ballot box. In short, the costs of the pandemic should be born fairly by the whole of society.”

One collateral result of the current low level of interest rates is that some people in Romania (and in many other countries in the region) have started to turn to other assets such as gold (a traditional safe haven for investors) or to cryptocurrencies (a virtual asset with no “intrinsic value”). Mr Tanase says that suggestions made by the BNR that these should be internationally regulated go unheard, “as long as the interest rates offered by the banks are not remunerative.”

What comes next is of course anybody’s guess. What’s certain is that to keep its key macro-economic equilibria, Romania must first and foremost have health of its population at large under control. A fire at a major Bucharest Covid-19 hospital on January 29, which killed four people and which comes just three months after a fire at a Covid-19 unit in the north of the country killed 10, does not bode well.

Money from the European Union can help, says Mr Tanase.

“Both government and society should focus on the grants and loans offered by the EU (33 billion euros) that were allocated for Romania out of the 750 billion euros recovery and resilience fund against the negative impact of Covid-19,” he says.

“There is a striking need to keep the budget deficit (estimated by some analyst to be seven per cent of GDP for this year) under control and hence austerity measures are in some cases justified. But these have to be well balanced.

“In order to achieve this, the government should implement one or a combination of such measures: a) cut expenditures; b) raise taxes; c) let inflation take its course; and/or d) borrow (domestically and externally) more. For the first category, the so-called ‘special pensions’, to give just one example, cannot continue to be paid under such difficult circumstances for the whole nation. Their elimination is long overdue. Raising taxes may not be the best option for economic growth, higher inflation may creep in eventually, while the borrowing will be facilitated by domestic savings.”

In conclusion, Mr Tanase says that it is very likely that the savings may decline in the months ahead, as and when the pandemic is over and the economy is relaunched.

“This will require a lot of capital and fresh new investments. For this, a set of domestic measures is urgently required, amongst which the further stimulation of savings, with adequate interest rates and good banking services crucial. Stimulating the saving process should not be treated only as an opportunity, but as a clear ‘must’. This crisis is not over yet.”