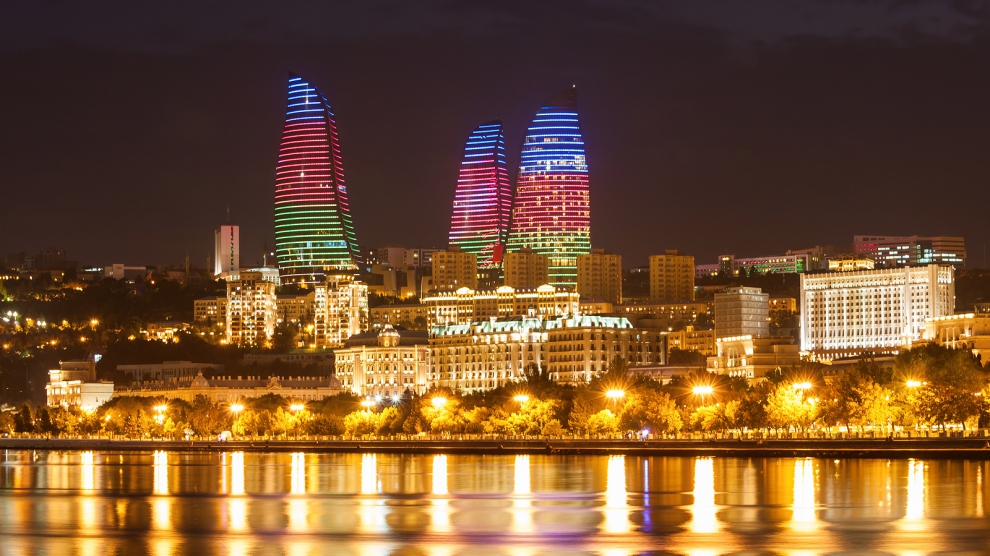 “In 2017, our country developed rapidly and successfully,” said President of Azerbaijan Ilham Aliyev on January 10, during his address at a meeting of his cabinet, dedicated to the results of socioeconomic development of 2017 and setting objectives for the future.

“In Azerbaijan, stability, security and normal life are ensured. I believe that against the backdrop of the complex geopolitical situation existing in the world today, the results we have achieved in this field deserve a high assessment. […] At the beginning of the year, I proclaimed the thesis that 2017 should become a year of deep economic reforms. And so it happened,” he continued.

Two days later, Mr Aliyev’s words praising the social and economic performance were echoed by Sahil Babayev, deputy minister of economy, during the first meeting of the 12 Exporters club, “Made in Azerbaijan.”

“The fact that foreign investments worth 14.6 billion US dollars were made in Azerbaijan in 2017 is a great achievement. This is a sign of confidence in the country’s economy and political stability,” Mr Babayev said.

He also noted that in 2017 many business entities engaged in non-oil sector, as well as agriculture, industry products and foreign trading increased for 24 per cent, 28 per cent, 21 per cent and 7 per cent correspondingly.

“Our main goal is to have another 15 billion US dollars invested this year in Azerbaijan,” he added. “A lot of work is carried out in the country, the business environment is improving, entrepreneurs are given benefits. All this is done to increase confidence of foreign countries in Azerbaijan and increase investments in the country.”

Last year also saw Azerbaijan’s gross domestic product grow by 0.1 per cent, recovering from a 3.8 per cent contraction in 2016.

“Over the last months of 2017, the macroeconomic situation has been stabilised. Inflation began to slow down. The manat rate is stable. I am confident that these trends will intensify in 2018,” said President Aliyev.

“At the same time, according to calculations made by the Davos World Economic Forum, the Azerbaijani economy has advanced by two steps in terms of competitiveness in 2017 and settled in 35th place globally,” President Aliyev added. “This is a very good indicator, which shows, first of all, that we developed even in a rather challenging year in economic terms. To reach 35th place in the world is a very good result indeed, a major victory.”

In the World Bank’s Doing Business 2018, Azerbaijan ranked 57th, eight notches higher than in 2017. The situation is not, however, all that that positive as far as corruption is concerned. According to Transparency International, Azerbaijan has been worsening its position since 2012, today ranking 123rd alongside Honduras and Mexico.

“In September, the Organised Crime and Corruption Reporting Project (OCCRP), in partnership with more than a dozen European and US news organisations, broke the story of an Azerbaijani laundromat which ‘cleaned’ 2.5 billion euros in a two-year period using UK-registered shell companies and a European bank,” Audrey L. Altstadt, professor of history at the University of Massachusetts and the author of multiple books on Azerbaijan, wrote in an opinion editorial for Emerging Europe.

“The origin of these millions is murky. Some came from Azerbaijani ministries, some from the Russian arms exporter Rosoboronexport and other actual companies. Some of the money was used to purchase luxury goods. Large sums were apparently spent to influence businessmen and influential political figures particularly in the Council of Europe,” she explained.

“The domestic regulatory environment improves gradually,” Javid Yusifov, managing partner at the Caspian Legal Centre tells Emerging Europe. “But there are also areas that need to be improved quicker, and specific reforms in these areas should be accelerated, such as construction permits, registering business properties, court litigation and enforcement of judgments. The practice demonstrates that amending laws or adopting new codes (in such areas as urban planning and construction) only acts as a basis for improvement: it is not the improvement per se. Specific executive regulations adopted for the implementation of laws shall bear the same or even higher quality and practicability, since enforcing officials base their actions on such regulations,” he explains.

“One of the main legal challenges Azerbaijan faces is matching the trend of economic reforms with implementation quality and court reforms. Several substantive and procedural laws regarding the economy and business in Azerbaijan have been improved. But these laws are implemented by executive authorities. Therefore, knowledge and proper practice of officials dealing with laws shall be improved. Just as importantly, the quality of court litigation needs to be improved. Judges shall understand real-life business aspects of the legal question and consider the essence (merits) of the case rather than the words of the law,” Mr Yusifov says.

The picture of Azerbaijan that Professor Altstadt paints is clear: “The billionaires at the top of government came to control, often through family-owned businesses, construction, transportation, communications, banking, hotels and even food production and marketing. There are few opportunities for the majority of the population, apart from the oligarchs, in and out of government. Thus no Western-style middle class can emerge from this power structure whether it is professional jobs in government or in major businesses.”

Over half of the Azerbaijani population live in rural, especially upland or mountainous areas. They have difficulty obtaining employment and credit, making it more difficult to survive. As result, these communities have turned to subsistence farming to eke out a living.

In his address to cabinet, President Aliyev said that the number of families receiving targeted social assistance is 116,000. “At the same time, we should try to provide those in difficult situations with jobs, create conditions for these people, including opportunities available through the self-employment program, so that the number of those in need of social assistance is reduced,” he said.

Azpromo, the country’s investment promotion agency, says that around 30,000 students graduate from higher education institutions annually and join the 4.8 million labour force. According to the agency, in 2016 the value of ICT services in Azerbaijan exceeded 760 million euros.

“Over the last few years the ICT sector in Azerbaijan has improved very fast, and the decisions and steps being taken in this area by the government have helped,” Mia Aliyeva, co-founder at Omarov’s Game Studio tells Emerging Europe. “The president is taking steps to encourage the non-oil sectors, especially in the ICT field. As a result of that, there are more than 10 incubator centres, with all the essential resources for startups, where we can find working space, meet with investors and access various local and global events.”

In late January Standard & Poor’s Global Ratings agency forecast Azerbaijan’s GDP growth to average 3.3 per cent over the next four years. The agency also revised its outlook on the long-term foreign and local currency sovereign credit ratings on Azerbaijan to stable from negative. At the same time, the agency affirmed the ratings at ‘BB+/B’.

“We are negotiating a new agreement with Azerbaijan, set to bring our cooperation to the next level,” EU Commissioner for European Neighbourhood Policy and Enlargement Negotiations, Johannes Hahn, said in December 2017.

“We see Azerbaijan’s efforts to enhance its resilience, in particular to diversify its economy, and we stand ready to support the emergence of new economic and social actors to help create a diverse, strong and inclusive society in Azerbaijan. We will continue our support for reforms in areas such as public administration and justice – which will strengthen rule of law making Azerbaijan more attractive to investors; and education — crucial for the development of the necessary skills to face the challenges of tomorrow,” he added.

So far many Westerners in both business and in government have accepted and repeated the false narratives of the Aliyev regime itself—that Azerbaijan is in a “tough neighbourhood” and that “stability” must be maintained in order to build democracy gradually.

According to the famous 2012 report Caviar Diplomacy, by the Berlin-based European Stability Initiative, the Azerbaijani delegation actively worked to lobby, cajole, and even bribe delegates to the Parliamentary Assembly of the Council of Europe.

Will the improving economic situation in Azerbaijan make Westerners more critical about rigged elections, arbitrary arrests, torture, and bogus prosecutions in the country?