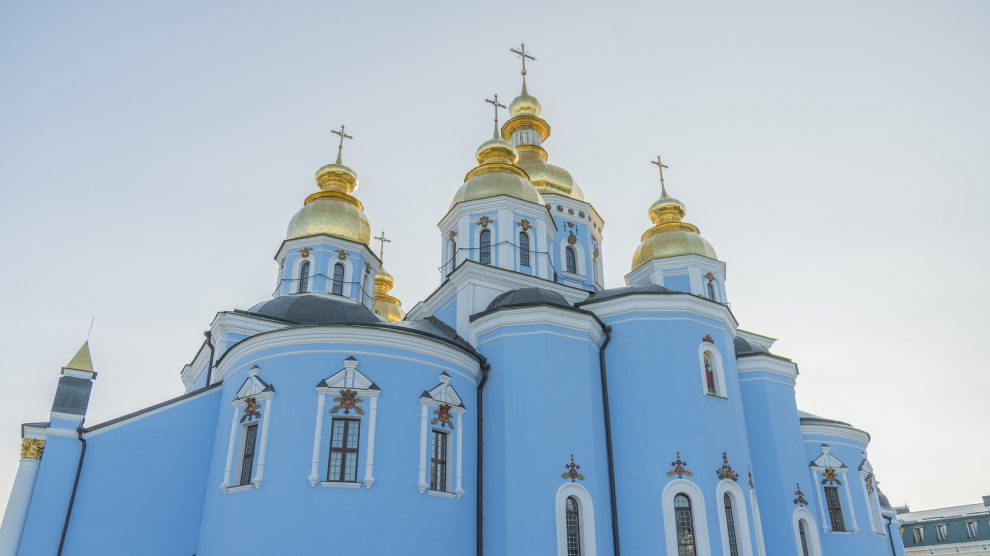 So far, heavens have not fallen, but the repercussions of a decision by the Patriarch of Constantinople to approve the independence of the Ukrainian Orthodox Church are already being felt across emerging Europe.

The Russian Orthodox Church, estimated to have over 150 million adherents, is by far the largest of the world’s Orthodox communities and for most of its centuries-long history has been closely tied to the Russian state. President Vladimir Putin has promoted the church as a key part of modern Russian identity. Its leader, Patriarch Kirill, allegedly an informant for the KGB during the Soviet era, is a close ally of the Russian leader, who he as described as “a miracle of God.” Of the church’s 36,000 parishes, more than a third are located outside of Russia’s borders, with more than 12,000 in Ukraine.

So when Bartholemew, the Ecumenical Patriarch of Constantinople, considered ‘First Among Equals’ in global orthodoxy (the Orthodox church has no equivalent of the pope) ruled on October 11 that Ukraine should have an autocephalous (the Orthodox term for independent) church, Russia was far from pleased.

Shortly afterwards, the Russian Orthodox Church announced it would break off relations with the Patriarchate of Constantinople, threatening a schism which would be Christianity’s biggest since the Orthodox and Catholic churches split in 1054. The move prevents the Russian Orthodox faithful from taking part in any sacraments, such as communion or baptism, at any churches under the aegis of the Constantinople Patriarchate worldwide.

The leader of the Ukrainian Orthodox Church of the Kyiv Patriarchate, Patriarch Filaret, has said that he intends to convene a council with the leadership of the other churches to choose a leader of a united Ukrainian church, and has called on those parishes who remain loyal to Moscow to join them.

“In the long run, everything depends on how these parishes react,” says Svyatoslav Kaspe, a professor at the National Research University in Moscow and editor-in-chief at Politeia, a journal of political science. “Orthodox canonical law is archaic, convoluted, arcane and ambiguous; there is no generally accepted authority to provide a straightforward, authoritative interpretation. On the other hand, the Constantinople Patriarch bears the title of the Supreme Universal Judge, Christianity did come to Russia from Byzantium, and the title of Moscow Patriarch was originally conferred by Constantinople in 1589.”

Patriarch Filaret has said that steps toward independence from Moscow must be carried out carefully to avoid giving the Kremlin a pretext for further Russian incursions into Ukrainian territory.

“We will be striving to have a single Orthodox Church in Ukraine and to make sure that the Russian [Orthodox] Church is not hiding under the Ukrainian name while, in essence, it is Russian,” the patriarch told RFE/RL in November. He also insisted that there would be no seizures of church buildings in Ukraine that are currently under the control of the Moscow church.

“This is what Moscow wants – raider seizures that create the grounds for interference in the internal affairs of Ukraine,” he added.

The dispute between Kirill and Bartholemew is not new. Many analysts believe that Kirill’s ultimate goal is to strip Bartholemew of his symbolic role as the leader of Orthodox Christianity, not least because of the excellent relations that Bartholemew maintains with the Catholic church and the pope. Just days before Bartholemew made his historic announcement, he was visited by Kirill in a last-ditch effort to change the Ecumenical Patriarch’s mind. He failed.

Kirill is therefore right to be worried about having to assume a diminished role. Ukraine is not the only country whose Orthodox believers are split. Moldova’s faithful are divided between the Moldovan Orthodox Church, loyal to Moscow, and the Orthodox Church of Bessarabia (the historic name for Moldova) which is subordinate to the Romanian Orthodox Church; Kirill visited Moldova at the end of October to shore up support. A similar situation exists in Estonia where, since the break-up of the Soviet Union, there have been two Orthodox churches, one that acknowledges Constantinople and one that has stuck with Moscow. In 1996, the Russian church briefly severed ties with Constantinople until a compromise was reached that facilitated the operation of the two Estonian churches side-by-side.

The decision to grant Ukraine autocephaly has left emerging Europe’s other Orthodox churches with a dilemma as to who to support. Most are currently sitting on the fence, hedging their bets until the incense settles. Romania appears to be leaning ever-so-slightly towards Constantinople: Bartholomew has been invited to the consecration of a new cathedral in Bucharest on November 25; Kirill has not. Serbia meantime has strongly objected to the independence of the Ukrainian church. Not simply out of loyalty to Moscow, but for local reasons: the majority of Orthodox parishes in neighbouring Montenegro come under the patronage of the Serbian Orthodox Church, which fears a similar push for autocephaly from another breakaway entity, the Montenegrin Orthodox Church, re-founded after a century of hiatus in 1993 and which has grown in popularity since Montenegrin independence in 2006.

“The Holy Synod of the Constantinople Patriarchate has set out along a path leading to schism. It directly and unequivocally opens up the possibility – almost emphasises – new breakthroughs for other churches,” said Irinej, Patriach of the Serbian Orthodox Church. Bishop Amfilohije, Montenegro’s highest-ranking priest within the Serbian Orthodox Church, also supported the Russian stance. “What Constantinople has done is non-canonical,” he said.

Bishop Amfilohije has since gone further, suggesting that the West is responsible for the split. “The West is trying to splinter the Orthodox church, the last bastion of unity for the peoples of the ex-USSR and the former Yugoslavia,” he said.

Putin only has himself to blame

In this regard, Bishop Amfilohije is on the same page as the Russian president, who has long-blamed “outside elements” for manufacturing the current rift with Ukraine.

“Moscow appears to be pinning its hopes on Ukraine’s 2019 presidential and parliamentary elections, but this is little more than the wishful thinking of a Great Power reluctant to admit it has made a great mistake,” says Peter Dickinson, a non-resident fellow at the Atlantic Council and publisher of Business Ukraine and Lviv Today magazines. “In their heart of hearts, the members of Putin’s inner circle must know that the days of pro-Russian majorities in Ukrainian politics are long gone.”

“Moscow is in the process of initiating a break with the global leadership of the Orthodox Church, all because it cannot entertain the notion of religious independence for Ukraine,” adds Mr Dickinson. “These dramatic measures are much more than the irrational actions of a lover scorned or a rejected spouse. They reflect the widely held belief that the emergence of a fully Westernised and democratic Ukraine would spell doom for the Putin regime and, quite possibly, for the Russian Federation itself.”

What’s certain is that Serbia and Montenegro aside, the lack of any real support for Moscow’s stance following the decision to recognise the Ukrainian church is clear proof that it is being viewed across the world as both a direct result of Russia’s 2014 invasion of Crimea and its role in the four-year war in eastern Ukraine. It is also an example of how, even in ecumenical matters, Mr Putin’s expansive foreign policy has undermined Russia’s global standing. If there is to be another Great Schism – and the more time passes the less likely that looks – then it will be of the Russian president’s own making.

Kaunas: Ticking all the right boxes
Manufacturing in Lithuania
Comment