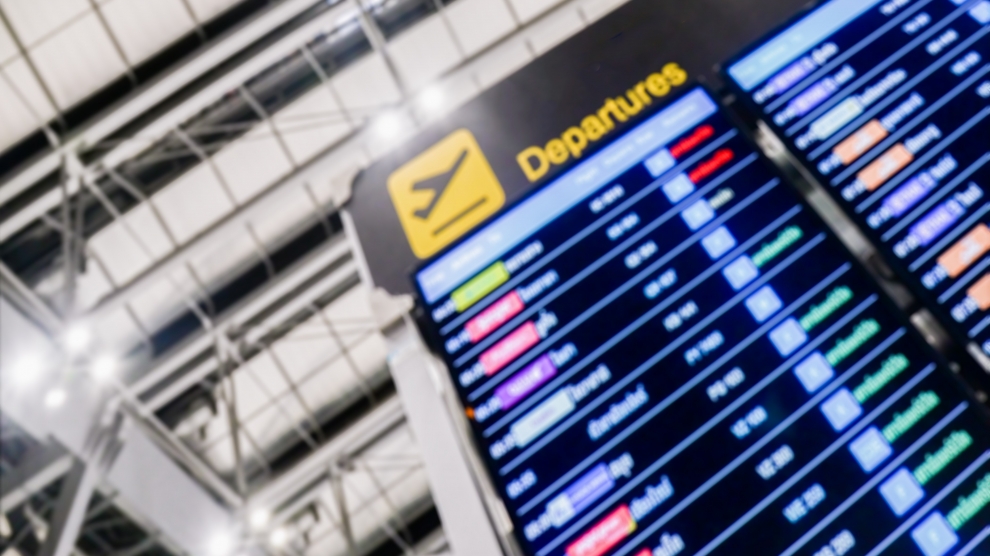 Across emerging Europe countries are haemorrhaging people. A lack of opportunity at home and the lure of Western Europe – made accessible by European Union membership – has seen millions from all walks of life, particularly rural areas, pack their bags and leave. Few have returned. While addressing the issue should be a priority for the region, not a single government has yet been brave enough to tackle the problem head on.

Over the next three decades emerging Europe will face two major demographic challenges: rapid population decline and rapid population ageing. These trends will, in an increasingly economically interdependent world, mean that governments will need to simultaneously deal with a shortage of labour and a strain on resources.

Nowhere highlights the problem as starkly as Romania. Long suspected as being catastrophic, the full scale of the country’s demographic disaster was revealed in February of this year when the Immigrant Integration Research Centre released its latest estimates, according to which as many as 3.4 million Romanians have fled the country since it joined the European Union in 2007. The figure represents 17 per cent of the country’s total population. The exodus is unprecedented anywhere in Europe during peacetime. Over the same period, worldwide only war-torn Syria has seen a higher percentage of its citizens emigrate.

Alex Mihaileanu, a journalist and IT consultant, recently left Romania for the UK. His reasons for doing so are typical: it is not about poverty or politics, simply opportunity.

“I didn’t leave because I hated something about Romania,” he tells Emerging Europe. “I have a three-month contract with an IT company, with a possibility to extend for another six months, and so on. I’m still struggling with UK bureaucracy, which I find worse than in Romania.”

“I’m still pretty much connected to what happens back in the country. Not as connected, because I spend eight hours a day in the office and I don’t do Facebook at work. But I think that for a regular, well-informed middle-class Romanian immigrant, there isn’t such a big difference when it comes to staying in the country or moving abroad. Romanian politics will annoy you just the same, and the news will follow you everywhere you go. You just don’t have as much time on your hands to think about it. That’s basically the first lesson you learn when you move: you can leave the country, but the country refuses to leave you.”

Radu Mihail sits in the Romanian senate for the opposition Save Romania Union (USR) as a representative of the country’s diaspora. He believes that successful people living abroad should be seen as an asset.

“We have a huge force out there which can change Romania,” he tells Emerging Europe. “We need to view the diaspora as an asset. We need to convince them that they are able to make a difference and modernise the country. These people are entrepreneurs, skilled professionals. There are many Romanians who are willing and able to help develop the country. That may not necessarily mean coming back. There are other ways. They can fund businesses at home through local partners, supplying know-how. They could act as mentors, they could finance specific local infrastructure projects.”

In 2016 the technocratic administration of Dacian Ciolos set up a diaspora start-up programme to help Romanians abroad do just that.

“We have yet to see any results of that programme,” says Mr Mihail, “but one of the things we do when we travel abroad to meet with Romanians living in other countries is to inform them of its existence. Likewise, a number of business leaders have set up a fully private initiative called Repatriot to help people who want to come back to Romania and set up businesses. So there are things happening, but we need to give them a boost. Our role as politicians is to act as a catalyst and put these initiatives into legislation which will mean that they can happen easily.”

The lure of the big city

In Lithuania, emigration accounts for around 80 per cent of the population decline over the past decade, and Lithuania now has one of the highest emigration rates in the European Union, particularly from rural areas (the capital Vilnius has seen its metro-area population grow steadily since 1992). Throughout the country birth rates have also dropped sharply: so suddenly in fact that some demographers have called it a ‘demographic shock.’ Eurostat predicts Lithuania will have fewer than 2.5 million inhabitants by 2030, with half living in Vilnius or the surrounding area.

In 1990 Lithuania was home to 3.7 million people. Now, vast areas of the country risk being entirely depopulated.

In her recent landmark study of Lithuania’s demographic decline, Rūta Ubarevičienė, a researcher at Delft University of Technology in the Netherlands and a member of the Lithuanian Social Research Centre, suggests that cities in central and eastern Europe have become winners while rural areas have declined.

“Indeed, only the major cities – capital cities in particular – are the winners,” she tells Emerging Europe. “There is a clear trend of depopulation outside the metropolitan regions, although it is difficult to predict the long-term trajectory of their development. In Lithuania – and I believe that the same is true in other countries – there is more and more concerted action towards the declining regions. So far, most of this has been at the level of ideas and developmental strategies. The goal is to bring people to those regions and reduce emigration. However, it is difficult to predict whether the natural capitalistic processes of metropolisation or spatial planning policies and initiatives directed towards deconcentration can win out.”

Business is doing it for itself

That there is a problem across emerging Europe is clear. Less obvious are measures to combat the decline.

“Business is talking about emigration and it is one of the biggest challenges for FDI in central and eastern Europe,” said Anne-Marie Martin, CEO of COBCOE, the Council of British Chambers of Commerce in Europe. “Every event I have moderated at related to CEE has flagged shortage of people and lack of access to adequate talent/skills as being a major challenge.”

“Governments need to tackle this both educationally and socially. Create an environment worth staying for – good quality of life, adequate social infrastructure and profiling of markets based on quality, value and capability rather than low cost environment to be exploited. Business is doing it for itself rather than waiting for government to do so”, she told Emerging Europe. 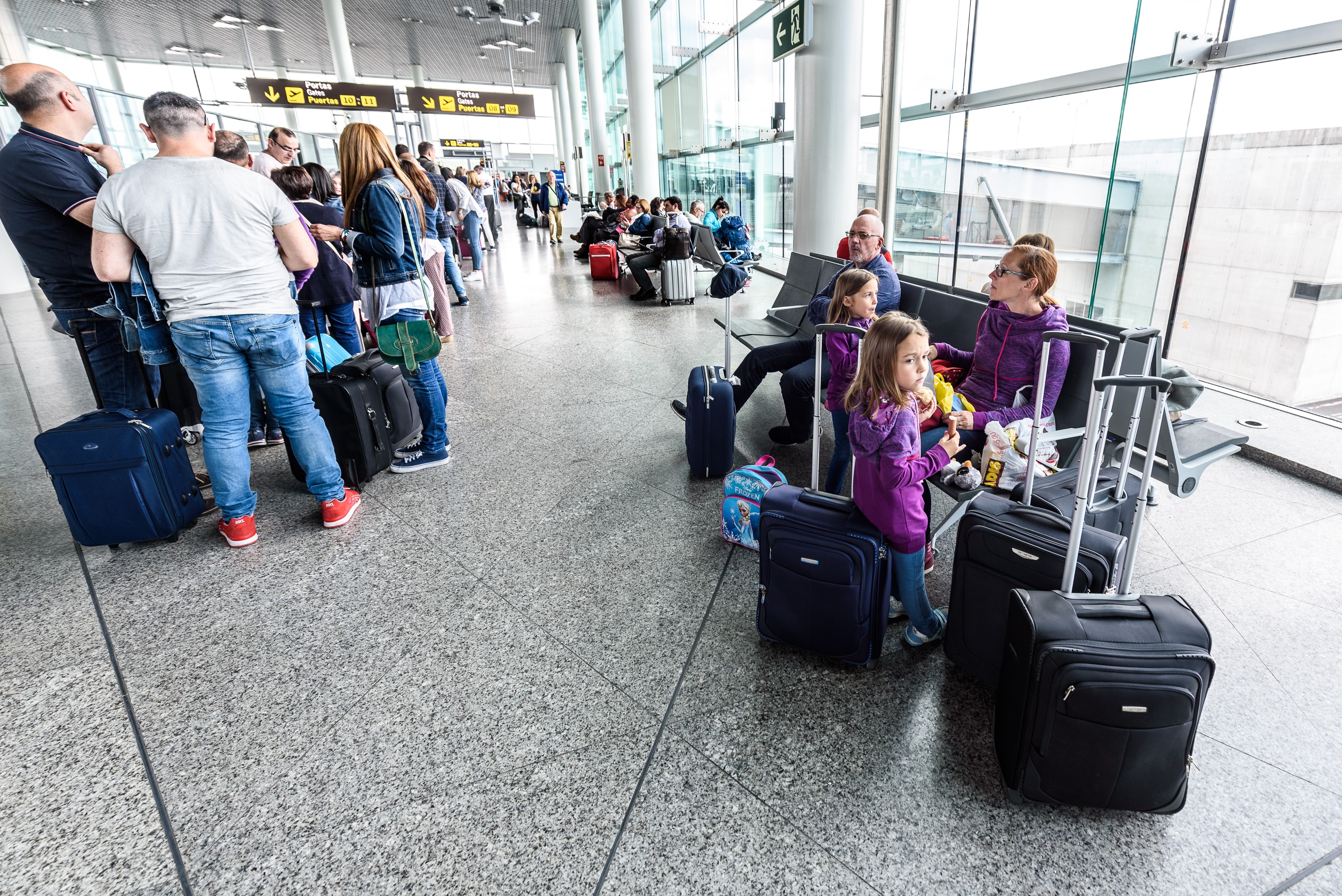 When western Europe has in the past faced shortages of people it shipped in migrants. For a number of reasons this does not appear to be an option in much of emerging Europe, at least not in the current political climate. Viktor Orbán’s latest victory in the Hungarian parliamentary election, in which his Fidesz party, which campaigned on a message of hatred towards migrants, demonstrates that. The EU’s Ageing Report suggests that Hungary – which has one of the EU’s lowest birth rates – may lose almost a quarter of its working-age population by 2060.

“There are 65 million refugees and migrants worldwide,” said Sean Hinton, director of the Open Society Economic Advancement Program and CEO of the Soros Economic Development Fund. “That is a whole nation of stateless people. These people should not be treated as victims, but instead as economic actors.”

Since Ukrainians were granted visa-free travel to the European Union last year almost one-in-ten have left the country to look for work in central Europe, mainly in Poland, the Czech Republic and Slovakia. Indeed, all three countries have put provisions in place allowing the temporary employment of Ukrainian workers. And the effects have been striking: according to Eurostat more than 75 per cent of new immigrants in Poland came from Ukraine in 2016, along with 40 per cent in the Czech Republic and 30 per cent in Slovakia.

However, research by the Vienna Institute for International Economic Studies (wiiw) has shown that Ukrainian emigration is short-term, with most going only for a few months to make some extra money. Few Ukrainians in Poland, for example, stay for more than a year. Such guest workers, suggests wiiw’s Richard Grieveson, do not represent a long-term solution to central and eastern Europe’s demographic crisis.

Who will pay our pension?

The effective economic old age dependency ratio is an important indicator used to assess the potential impact of ageing on social expenditure, particularly relevant for pay-as-you-go pension systems. This indicator is calculated as the ratio between the inactive elderly (aged over 65) and total employment. The ratio is projected to rise significantly across the EU from 41.5 per cent in 2013 to 64.5 per cent in 2060. In Bulgaria, Croatia, Poland, Romania and Slovakia the ratio will exceed 75 per cent.

A number of studies rank Bulgaria among the fastest shrinking nations in the European Union. Baseline scenarios from the Bulgarian National Statistics Institute predict a further decline of approximately 7 per cent by 2030, while Eurostat’s latest estimates, published in the summer of 2017, include the alarming prediction that Bulgaria’s population could have dropped to under 6 million by 2040, and to just 4.5 million by 2080.

Yasen Georgiev is executive director of the Economic Policy Institute– a Sofia-based think tank that provides economic research and interdisciplinary analyses of economic and socioeconomic trends in Bulgaria and South Eastern Europe. He sees a possible solution in making sure older people stay active in the economy for longer.

“With a rate of economic activity slightly over 4 per cent, people aged 65 and over could be seen as untapped potential for the emptying local labour market,” he says. “Admittedly, extremely low pension levels in general, with a minimum pension of around 100 euros as of January 2018, force elderly people to continue working in the shadow economy or at least get involved in do-it-yourself activities to supplement the limited resources they receive from the public pension system. If there were incentives at both the national and local levels for retaining and employing those of retirement age, there would also be a positive impact on a number of other aspects of the silver economy – such as health care and nutrition, leisure and wellbeing.”

There is no panacea for the demographic challenge emerging Europe is facing. A number of measures will need to be put in place, some tough choices made and unpopular decisions taken. Rural regions will need more cash. The various diaspora will need to get a lot more involved in developing their home towns and villages beyond sending remittances, and governments will need to help facilitate such involvement. Migrants will need to be welcomed. The age at which workers can retire will have to increase. Ultimately, young people will need to feel that they are in a position where they can fulfil their potential at home, be that in city, town or country.

Population decline will be emerging Europe’s biggest challenge of the next two to three decades. The evidence so far suggests that it is not up to meeting it.

EU Commissioner: Estonia Must Not Leave its Elderly Behind
The Emerging Europe Ranking: Starting a Business
Comment