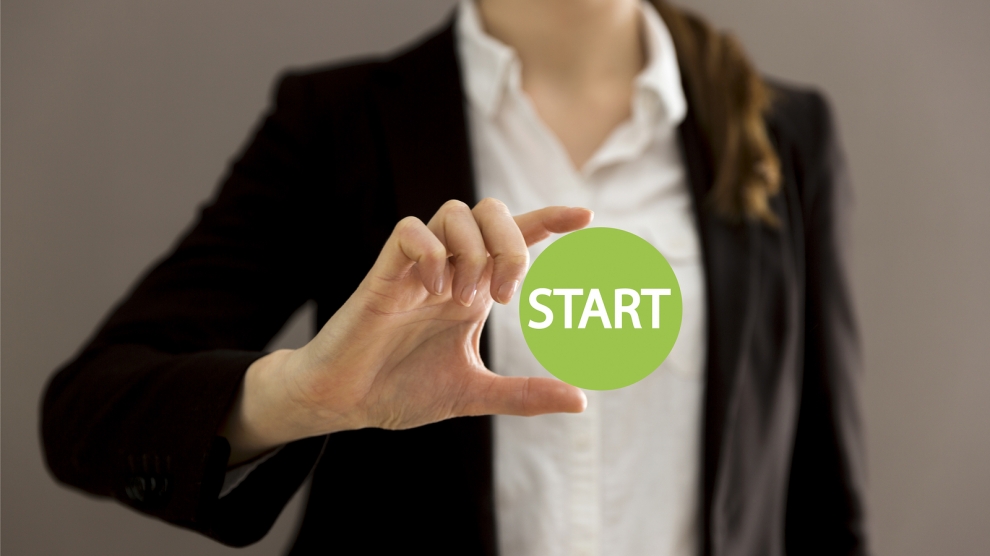 Whether you are an international company looking to start a business abroad or a local investor trying to start your own company, it is important to know the basic processes and times needed to do so in any country. Always looking to do our bit to help, we at Emerging Europe have created our own ranking system designed to show which countries in our region make it easiest to start a business.

Foreign direct investment is important for all economies to grow and expand. Not only is it important for the receiving countries, but also for the companies looking to start businesses and expand their operations abroad, to take advantage of untapped markets, lower operating costs or purely to enter a new market.

Our rankings are based on the World Bank Doing Business Report 2018 (DB 2018) and Transparency International’s Corruption Perceptions Index 2017 (CPI 2017).

It is worth noting at this stage that whilst only the starting a business data was looked at from the World Bank report, it is still important for potential investors to look at the data as a whole, as the report provides information on various areas, many of which are also valuable to starting a business. 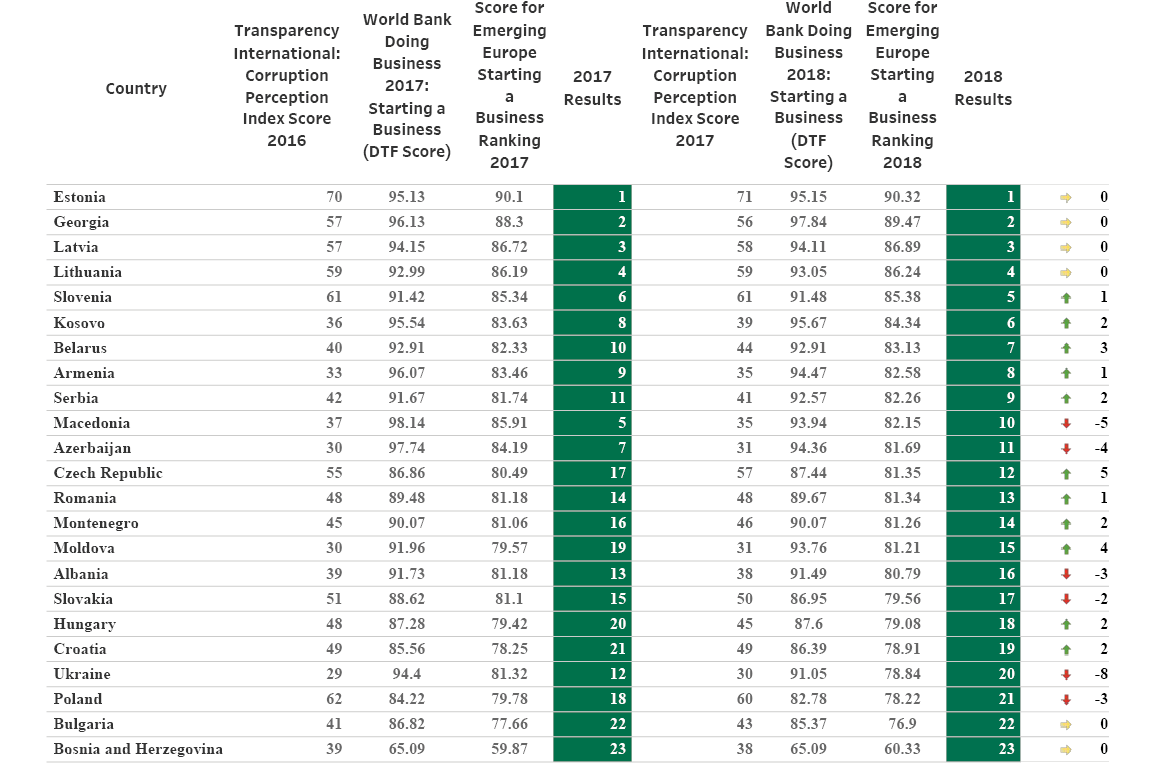 The top four countries in our ranking: Estonia, Georgia, Latvia, and Lithuania have seen no change to their positions or scores since last year. A number of countries, including Ukraine, Macedonia, Azerbaijan and Poland actually saw significant drops in their ranking compared to the data from the previous year, dropping by eight, five, four and three places respectively. The Czech Republic, Moldova and Belarus saw their rankings go up (by five, four and three places respectively), mainly due to changes that they made to the process of starting a business over the course of the year. Perhaps most surprising about our findings is the fact the majority of EU members in the region scored lower than those that are not a part of the EU. Of the 11 emerging European countries in the EU, only four rank in the top ten. Bosnia, by quite some distance, remains the most difficult place in emerging Europe to start a business.

According to Transparency International’s Europe and Central Asia: More Civil Engagement Needed analysis quite a few countries in emerging Europe saw their scores drop, for various reasons. These included a rise in authoritarianism, an increase in pressure on the justice system and backsliding on anti-corruption efforts.

“In Poland, government bodies took over the management and distribution of vital funds for non-government organisations. Similarly, in Romania, the government put forward a bill which imposes disproportionate reporting requirements on NGOs.”

There was better news from Albania: “Over the last six years, Albania, which scored 38 on the recent Corruption Perceptions Index, experienced some improvements with the passage of a ground-breaking judicial reform package – the first of its kind in the region. This milestone may be attributed to the recent European Union enlargement strategy and the efforts Albania is taking to try to join the EU.”

Meanwhile, Kosovo still has a long way to go to halt corruption. “While freedom of speech and association are not restricted by any obscure legislation, the voices of NGOs and media are simply not heard across the country.”

Georgia, usually a leader in anti-corruption among non-Baltic, former Soviet Union countries, secured a score of 56.

Transparency International states that: “While Georgia experienced some important legal improvements, including the introduction of a verification procedure for public officials to declare assets, as well as stronger protections for whistle-blowers, it also saw some setbacks. Limited enforcement of anti-corruption laws and regulations, as well as a serious lack of judicial independence hinder forward progress across the country. In addition, multiple allegations of corruption against influential politicians were never investigated. This coming year serves as an important opportunity for the government to implement some essential reforms, including the establishment of a much-needed independent anti-corruption agency.”