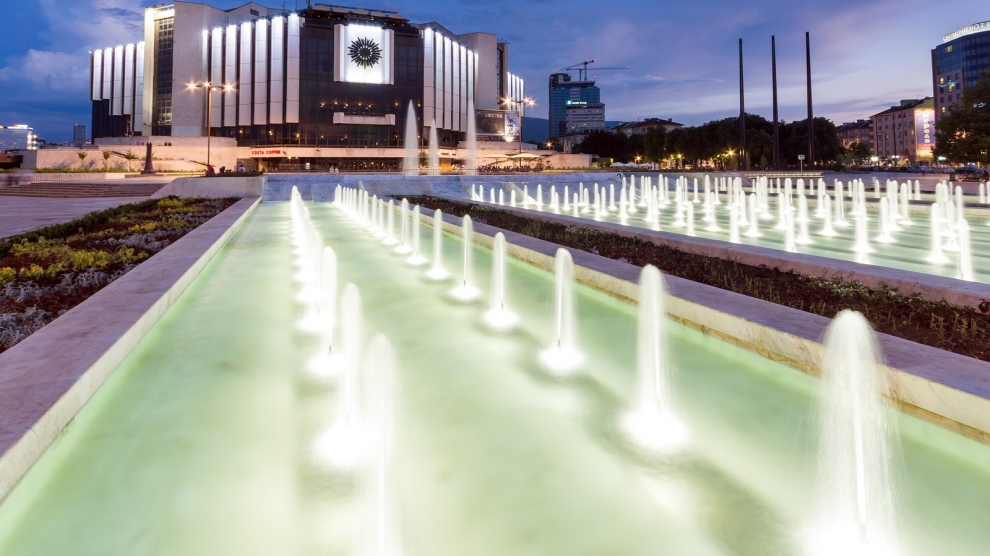 Bulgaria has seen a significant rise in foreign direct investments since its accession to the EU. But what have investors told us about the business climate in the country?

According to preliminary data from the Bulgarian National Bank, Bulgaria received 158.8 million euros in foreign direct investments (FDI) in January 2018 alone, a 64.7 per cent (62.4 million euros) increase from the first month of 2017, which saw 96.5 million euros in FDI. Last year saw 39.9 billion euros in FDI, of which 32.9 billion euros were in non-financial enterprises – an increase of 9.4 billion euros from 2016, according to National Statistical Institute data. The macroeconomic forecasts published by the European Commission are also showing positive signs: real GDP growth in 2017 is estimated at 3.8 per cent (0.4 per cent higher than the previous year, as per World Bank data), driven by both consumption and investment. Higher consumption was fuelled mostly by strong wage increases linked to tighter labour market conditions and to public sector wage increases.

Since the financial crisis of the 1990s, Bulgaria’s GDP has increased more than fourfold between 2000 and 2008 – from 13.1 to 54.4 billion US dollars respectively. There are many factors that have contributed to these statistics: for instance, Bulgaria has the lowest corporate tax rate of 10 per cent in the European Union (narrowly beating Cyprus and Ireland who have 12.5 per cent each) and a skilled and efficient workforce that produces value for money, depending on the industry. However, FDI levels for the last several years have oscillated around 2-3 per cent of GDP, which is significantly lower than the pre-2008 period, when they reached close to 30 per cent, writes Rumen Galabinov – a leading economist. According to Mr Galabinov, the number of investors who plan to do business in Bulgaria in the long-term – 10 years at least – are still too few, and the country cannot rely on EU funds if it wants sustainable economic growth. Therefore, despite the obvious foreign interest in the country, Bulgaria’s business climate is still far from ideal.

Emerging Europe has contacted leading entrepreneurs and senior representatives of foreign companies in the country, to see how they have experienced the Bulgarian business climate.

On the whole, they gave us a significantly positive image of the business environment in the country. Omourtag Petkov, Chairman of the British Bulgarian Business Association (BBBA) and Partner in Djingov, Gouginski, Kyutchukov and Velichkov (DGKV) – a legal consultancy firm, told Emerging Europe “in combination with low-cost labour, macroeconomic and (relative) political stability, a good geographical location and the somewhat improved infrastructure, low tax rates are seen as the icing on the cake.”

Jeffrey Puritt, president and CEO of TELUS International, which operates delivery centres in eight countries, including Romania and Bulgaria, told Emerging Europe that Bulgaria ticked all the boxes: “First and foremost, you need access to a skilled labour pool. Secondly, you need a reliable business environment, and reliability has a number of attributes – an economic climate that’s receptive to foreign direct investment so that companies such as ours have the degree of visibility, the confidence and the certainty that there’ll be an opportunity to generate a return on that investment. I also mean reliability in terms of the infrastructure; whether it’s connectivity, power, airports or roads and the like.”

Sofia is undoubtedly the hub of FDI in Bulgaria. Of the 23.5 billion euros invested in 2016, 12.21 billion euros were invested in the capital city itself – over half for the entire country. What makes Sofia so attractive? The founders of Escreo – Yassen Rusev, Elena Nikolova and Iskren Mitev – said that, as a capital city, Sofia’s advantages include “good inner country connections, a rich market and a natural innovation leadership status, thus attracting foreign businesses when they decide to initiate a local development.” The city has many bookstores, vast public transport coverage, street musicians at every corner, farmers markets and it’s constantly striving to improve itself. Vladislav Mihaylov, CEO of Birlibam – a digital business card app – described Sofia as “a city that is developing really fast and is populated with extremely talented, creative and young specialists”. He also mentioned that his enterprise was lucky to be born in Sofia – “At present, the entrepreneurial spirit spreads around the country and young people are not afraid to start their journey to the future.”

Although Bulgaria has proven to be an attractive business destination for many entrepreneurs, it is not without its downsides. Mr Petkov added that amongst Bulgaria’s disadvantages are “excessive corruption pressure in certain sectors of the economy and issues with the rule of law … on a couple of occasions there have been major attempts at ‘stealing’ big businesses from their foreign owners by means of frivolous litigation based on bogus arguments combined with shenanigans at the Registration Agency.” Nikolay Mutafov, CEO of Accedia, recently told Invest Sofia that he recognised the attraction of the highly skilled individuals in the country and persuading them to stay in the long run as the biggest challenge for him and his company. In addition, he too recognised that the high level of corruption in Bulgaria has proven to be the biggest obstacle to improving the business climate, as is the inefficiency and inflexibility of the state administrative processes and lack of e-government. And although Sofia is a booming capital city, there is significant room for improvement of the infrastructure to allow for a more favourable business atmosphere in the city.

In terms of sectors, there are significant investment prospects in the automotive, the outsourcing, and the IT industries. These sectors are thriving in Bulgaria, which has become a top destination for them at European and even worldwide level, adds Mr Petkov. This is generally the case because they fall “outside the radar of the government and politics in general – no public procurement and no public funding is involved.” Also, businesses in those sectors are mostly exporting their goods and services, they have been kept safe from the changes in the economic fortunes of Bulgaria after 2008. Therefore, they have not experienced the corruption pressure that plagues other industries.

Emerging Europe also spoke to Alan Hutchison, CEO of ProsFit Technologies – a company that develops the technology for prosthetic sockets. ProsFit was founded in Bulgaria and its team is located there, with customers across Europe, Asia Pacific and the Middle East. He emphasised the convenient location of Bulgaria: “We do not have any problems serving these international markets from Bulgaria,” he said. There is political stability and predictability regarding the fiscal and regulatory environment, with access to risk capital and strong logistics connections that ease the import and export procedures. Mr Hutchison also commented on the human capital in Bulgaria, which is extremely valuable, mentioning that the availability of suitable intelligent individuals, suppliers and service providers, the stability, commitment and cultural compatibility of the workforce, as well as the access to technical universities made the country a natural choice.

Furthermore, Mr Hutchison drew our attention to the ease with which he launched ProsFit: “We have not experienced any hurdles which were more significant than in other countries. We have not experience any issues with the legal or bureaucratic system or experienced any corruption. The bureaucratic system is relatively effective and often enables paperwork to be handled more easily than in other countries,” said the CEO. The main hurdle for ProsFit Technologies was in fact the language barrier, which was easy to overcome due to being surrounded by supportive people with excellent language skills. Regarding the access to talent in the country, Mr Hutchison recognised that there is indeed a big “fight for talent” to secure individuals with certain skills, especially related to IT and software. “We have recently seen a lack of people in Bulgaria who have international business development and sales experience, but we expect this to grow over time,” he told Emerging Europe. On the other hand, Mr Petkov stated that in more than 40 per cent of Bulgarian business, “the lack of personnel is perceived as the single most important obstacle to the growth” and he adds that “the recently liberalised regime of the so-called blue cards, easing the hiring of skilled labour from outside the EU, will help at least to a certain extent.” However, sectors such as tourism and construction continue to experience difficulties in finding capable non-qualified personnel.

Despite such obstacles, Bulgaria continues to attract foreign investors, as it has many of the conditions required for launching and developing a business. However, Mr Petkov highlighted that “having an experienced and reputable local partner and dedicated and highly qualified lawyers would help a foreign investor a lot to succeed in Bulgaria.” Although the state bureaucracy may not have been a significant obstacle for businesses such as Mr Hutchison’s ProsFit, it has nonetheless left a mark on Bulgaria’s business reputation. Mr Petkov added that “detailed and clearly structured relationships and contracts with local partners and suppliers means no unpleasant surprises at a later stage … it is better to avoid the need to look for help and support from the political establishment.” Mr Hutchison maintained that Bulgaria is an excellent investment destination that ProsFit actively promotes. He adds that you can build a good company in the country, from where you can serve international markets. ProsFit’s international investors have been very satisfied with the local situation, security and prospects in Bulgaria and he added that “Bulgaria offers a stable environment for our business, and we intend to continue in Bulgaria – we do not have concerns about keeping the company here in the longer term.”