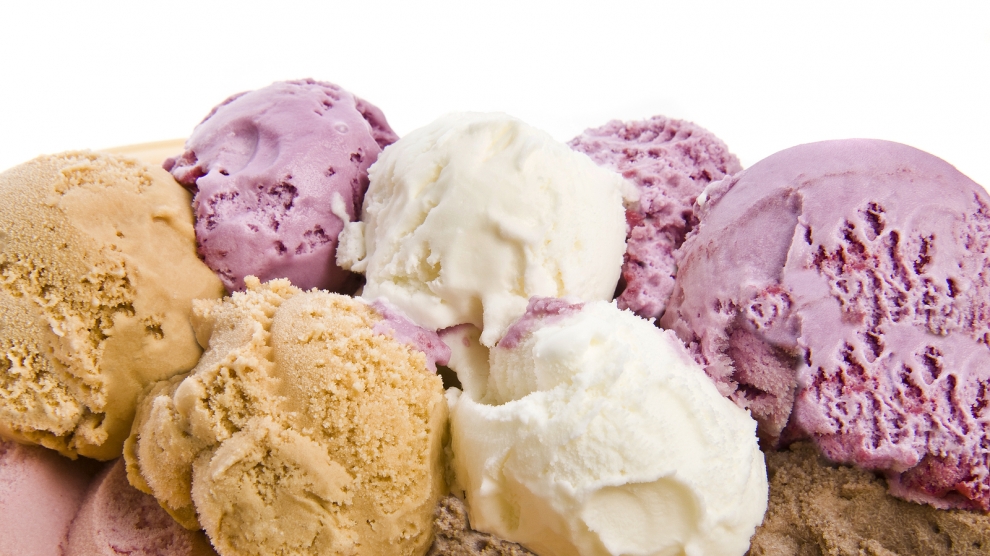 Over the last eight years, Latvia’s Food Union has emerged as one of the largest dairy and ice cream producing groups not just in Central and Eastern Europe, but is starting to make waves in China as well. Innovation and tradition have both been key to the success of the company, which now aspires towards global expansion with support from a strategic investor: Meridian Capital Limited.

“To run a business from China to Norway – that is a serious challenge,” Andrey Beskhmelnitsky, the co-founder of Food Union, an international group of dairy and ice cream producer companies, told the Harvard Business Review.  Each country where the dairy company is present has its own “specifics” or special character and understanding local context is crucial: “If you do not have a firm grasp of what is going on in a country, then you’ll end up in a weak position”. The well-known Russian businessman started his career in the dairy products market in the early 2000s when he, in partnership with Askar Alshinbayev, a founding partner of Meridian Capital Limited, a Hong Kong-based international investment group, secured a management buyout of Unimilk, a Russian company.

The investment group was central to the development of the company that would go on to become one of the largest dairy producers in Russia and the second largest within the Commonwealth of Independent States (CIS).

In 2010 the Russian subsidiary of French dairy products group Danone signed a merger deal with the company to secure its ambitions on the then fast-growing Russian market.

Using its successful experience with Unimilk, Meridian Capital turned to the European markets in 2011 and backed long-term partner Mr Beskhmelnitsky, who, together with Mr Alshinbayev, created Food Union by consolidating the production of two Latvian enterprises.

Given Meridian Capital’s vast knowledge and understanding about the complex Russian dairy market, Mr Beskhmelnitsky and his co-investors initially believed that it would be relatively easy for them to conquer the Latvian market, with its roughly two million consumers.

However, Food Union faced a significant challenge right from the start.

“The market turned out to be very competitive,” Mr Beskhmelnitsky says, stressing that despite the relatively small size of the country’s market, there were already 35 local players, not to mention the fact that the market was open to European producers as well.

Another demanding task the company had to deal with was that, unlike in Russia, Latvians – as well as European consumers in general – were less focused on brands. Having revised their preferences, Latvian consumers were not ready to buy premium brands and, instead, were looking for cheap products and discounts as, at that time, the quality of all Latvian ice cream was more or less at the same level.

Taking all these factors into account, differentiating its products became the Food Union’s main task. Instead of focusing on mass production and discounts, the company responded to these challenges by placing an emphasis on high-quality ingredients, adapting to changing customer expectations and – last but not least – Latvia’s heritage brands, ice creams that have been largely ignored by multinational competitors. Such a product was Pols, a Latvian ice cream with a recipe dating back to 1971, around which Food Union developed a creative narrative by bringing innovation and respecting tradition at the same time.

Aside from promoting heritage brands, the company also recognised the increasing customer demand for healthier and higher quality ice creams, such as craft products. Supported by the opportunities presented by the 21st century, Food Union also took the lead in experimenting with new marketing channels that were previously unknown to customers. Promoting their strong connection with suppliers – among which are hundreds of farmers in Europe – helped the company convince preferential consumers about their commitment to healthy products.

Looking back on the company’s eight-year history, implementing a strategy that has focused on the appropriate combination of brands, quality and innovation has paid off. A year after the company was established in Latvia, investors increased production capacity, upgraded the manufacturing process to European standards, and introduced nine new brands to the market. As a result, Food Union ended up as the top dairy producer in Latvia. By 2016, it became the largest ice cream manufacturer in the Baltics and Denmark, as well as the leading food and beverage producer in Latvia.

Over the past seven years, the company has become one of the largest dairy and ice cream manufacturers in emerging Europe with more than 2,500 employees, a vast network of hundreds of suppliers in Europe, and production sites in seven countries uniting major ice cream companies and representations in the Baltic States, Belarus, Denmark, Norway, Romania, Russia and China.

From the very beginning, Meridian Capital was a key partner, with Mr Alshinbayev responsible for finances, investor relations and corporate affairs. The Hong Kong-based investment firm’s role was crucial when Food Union decided to enter the Chinese market in 2015, having become the first Baltic company to do so.

In 2017, the dairy producer secured 225 million US dollars of investment from PAG, one of Asia’s largest private equity companies and Meridian Capital, with the latter investing 55 million US dollars. “[Market] entry into China, which has one of the largest and fastest growing consumer markets in the world, is a significant step for Food Union. We are confident that working alongside PAG, we can deliver on our strategy to manufacture European quality dairy products which demanding Chinese consumers can enjoy and trust,” says Mr Alshinbayev, commenting on the investment decision.

Speaking with the Harvard Business Review, Mr Beskhelminitsky noted that there were a lot of people expressing doubt that Food Union could enter China from scratch.

“In mid-2018, we launched two modern plants. Together they process 500 tons of milk per day, but the capacity can be increased to 1,000 tons per day,” he says, pointing to the company’s achievements.

The company’s financial results have been impressive. In Europe alone, Food Union achieved an annual turnover of 280 million euros in 2017. “We have very good results. At first, we focused on milk, but now we are mainly engaged in ice cream. We are now the number one [company] in Denmark, Latvia and Estonia, number two in Lithuania, number three in Norway and Romania,” Mr Beskhmelnitsky said.

What’s more, the investment of Meridian Capital and PAG in Food Union was named as the Baltic Private Equity/Venture Capital Deal of 2017.

“Food Union is a unique and exciting long-term investment opportunity for Meridian Capital Limited”, says Alshinbayev, noting that “Alongside Andrey, we have been able to transfer knowledge, technology and best practice from our successful partnership in Russia.  Andrey’s exceptional leadership qualities and expertise combined with his commitment to local management, constant innovation and connecting to consumers through products in fast-changing markets from Denmark to China are at the heart of Food Union’s impressive growth.”

After its significant contribution to Food Union, leading to the company’s accelerated growth beyond the Baltics, Meridian Capital, as a major investor, is now expected to continue to play a large role in the dairy producer group’s ambitions to become a major player on the global market.