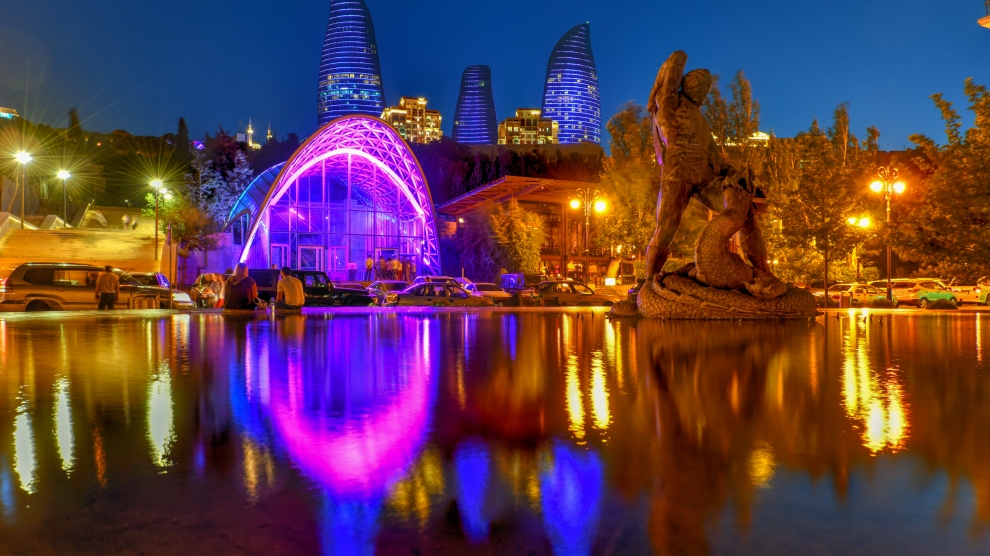 The Eastern Partnership (EaP), a joint policy initiative of the European Union and six former USSR countries - Armenia, Azerbaijan, Belarus, Georgia, Moldova and Ukraine - marks its 10th anniversary on May 7. As Dominik Istrate reports, some EaP countries are moving closer to the EU faster than others.

The EU’s efforts to initiate a multilateral dialogue with its Eastern neighbours started with the first Eastern Partnership Summit in 2009. Looking back on the past 10 years, there have been remarkable developments resulting in stronger cooperation in a number of areas. “With Ukraine, Georgia and the Republic of Moldova we have concluded Association Agreements and developed Deep and Comprehensive Free Trade Areas, as well as visa-free regimes. EU-Armenia relations benefit from the Comprehensive and Enhanced Partnership Agreement. Negotiations on a new agreement with Azerbaijan are nearly completed. With Belarus, we engage in the framework of a Coordination Group. This has led to positive results in terms of trade, connectivity, education and people-to-people contacts, and also helped to strengthen the resilience of our partners who continue to face major security challenges,” Thomas Mayr-Harting, managing director for Europe and Central Asia in the European External Action Service told Emerging Europe. Though relations are maintained at different levels, all six partner states continue to aspire for stronger bilateral relations.

In 2015, EaP leaders agreed on moving forward with the cooperation in accordance with what are known as the Riga priorities: stronger economy, better connectivity, stronger governance and stronger society. Without question, the latter two have been overshadowed by the fact that not all EaP countries are in line with the EU’s democratic standards, something which is crucial for the EU as a value-oriented actor. “A great deal still needs to be done to promote the rule of law and good governance, combat corruption, move forward on justice reform, provide the necessary space to civil society, and ensure the freedom of the media,” Mr Mayr-Harting said, adding that the Partnership can only thrive with common principles and values. While the EU continues to support democracy, press freedom and human rights in countries such as Belarus and Azerbaijan, it has always respected the sovereignty of the partner states and focused on transnational challenges where progress can be made.

In the meantime, civil society faces many challenges across the whole region. “All EaP countries, perhaps with the exception of Armenia since the revolution of 2018, have been backsliding in this area and are copying the negative practices towards the civil society country by country, especially during pre-election periods. We have witnessed such developments in frontrunner Georgia, in Moldova, and in Ukraine as well. The situation in Azerbaijan and Belarus is even more complicated,” says Natalia Yerasevich, Director of the Secretariat of the Steering Committee of the EaP Civil Society Forum, noting that the EU should design a bolder policy approach and provide civil society with enhanced political backing.

Aside from saying that the Eastern Partnership has brought positive developments to the region, Hennadiy Maksak, head of the Foreign Policy Council of Ukrainian think tank Prism, argues that the EU’s Eastern neighbourhood tool initially did not bring the declared prosperity and stability to all six partners. “There were three core flaws,” he says. “First, in Brussels, there was an underestimation of Russia’s readiness to block the effective movement of the EaP partner states towards the European Union. Second, it was rather discouraging for partner states to engage in the approximation process with no prospect of EU membership at the end of it. Third, the post-Soviet mentality was still strong among elites in the EaP countries, and this negatively influenced the delivery of reforms, especially in areas of public administration, anti-corruption and human rights protection.” 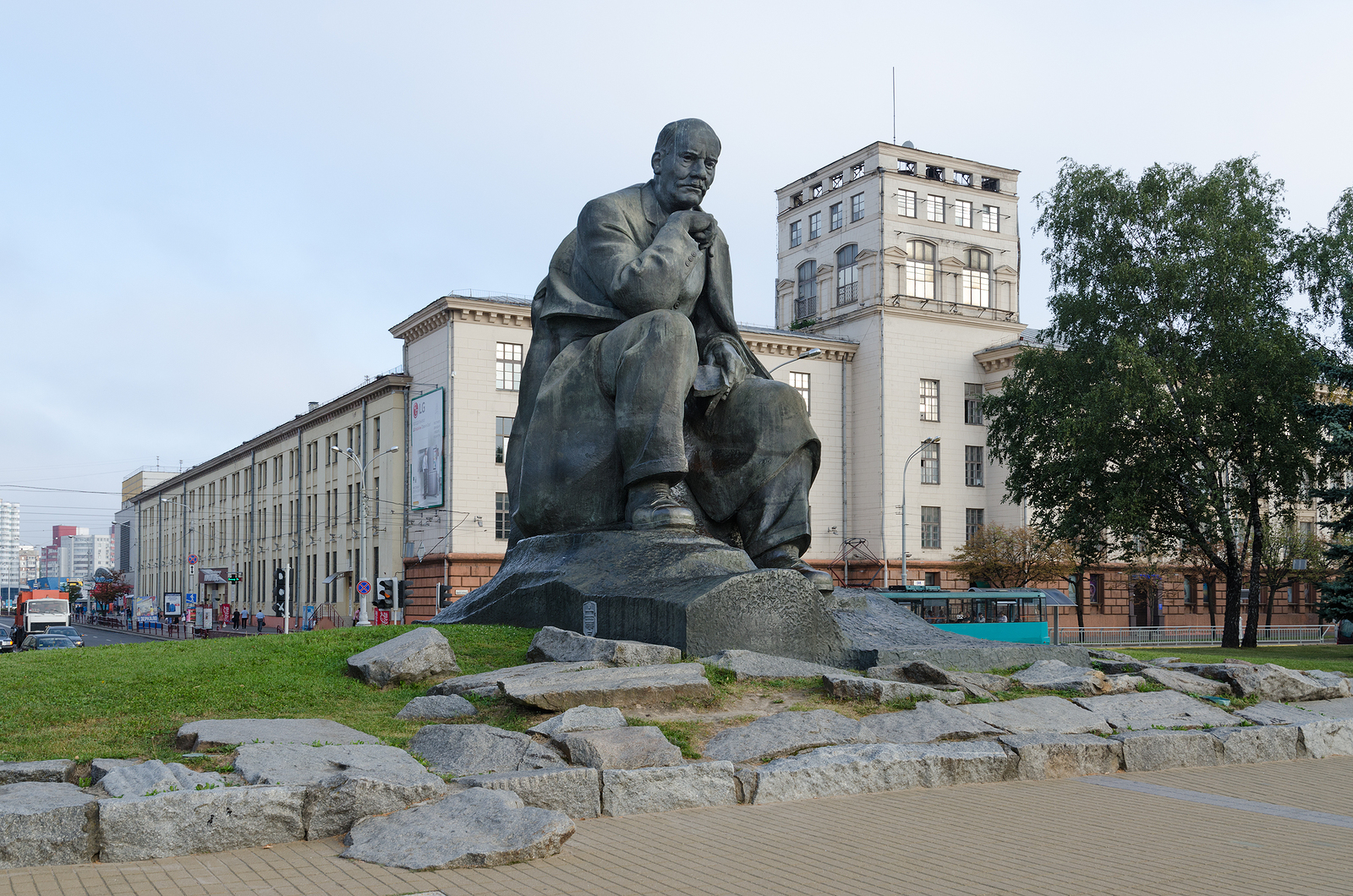 Simultaneously with the Partnership going forward, Russia felt more and more threatened by an EU format involving former Soviet states, leading to the foundation of the Eurasian Economic Union in 2015 that now includes Armenia, Belarus, Kazakhstan and Kyrgyzstan, under Russian leadership. “Once the benefits [of the EaP] were becoming visible and attractive, the Kremlin altered its policy – launching its own Eurasian Union, also based on a customs union. This shift indicated that Vladimir Putin was prepared to do whatever it took to bring the member states of the Eastern Partnership back into Russia’s fold,” former Polish foreign minister Radoslaw Sikorski and former Swedish prime minister Carl Bildt both told me, adding that Russia’s motivations were not of economic, but geopolitical nature. In their view, despite the continuous Russian aggression in Ukraine, the most remarkable fact is that Russia failed to destroy the Partnership. Moreover, the two former statesmen argue that a few years after Armenia and Belarus, which are also EaP countries, joined the EAEU, they are becoming less interested in the Russia-led economic alliance. Both Mr Bildt and Mr Sikorski agree that in Yerevan and Minsk there is a renewed interest in cooperation with the EU and the Eastern Partnership.

While Russia views the EaP as a political alternative for its neighbours, it is a tool of neighbourhood policy, not enlargement policy for the EU (the same applies to the Southern Neighbourhood, the EU’s other main policy tool with 10 North African and Mediterranean countries). From this aspect, Ukraine undoubtedly stands out: the country has taken a strong turn from Russia during the 2014 Maidan revolution and aims for integrating into Europe. However, the Eastern Partnership was not the only way to go for Ukraine on this path. “Ukraine considers a bilateral track with the EU as something that goes beyond the EaP, something more ambitious and aim-oriented. While referring only to the multilateral EaP format, one might say it is not of much practical value. But altogether, bilateral and multilateral tracks brought Ukraine closer to the EU, albeit not yet to the desired level,” Mr Maksak adds.

To celebrate the 10th anniversary, EaP leaders will meet in Brussels later this summer for a landmark summit to assess the framework and discuss future relations beyond 2020 in line with the Riga priorities, in a very public display of the fact that the Partnership’s significance has not decreased at all, despite the many and very real challenges being placed in its path.

Life in Transition: How the EBRD views progress
Suspended from the EPP, Viktor Orbán’s attacks on the EU are likely to continue
Comment