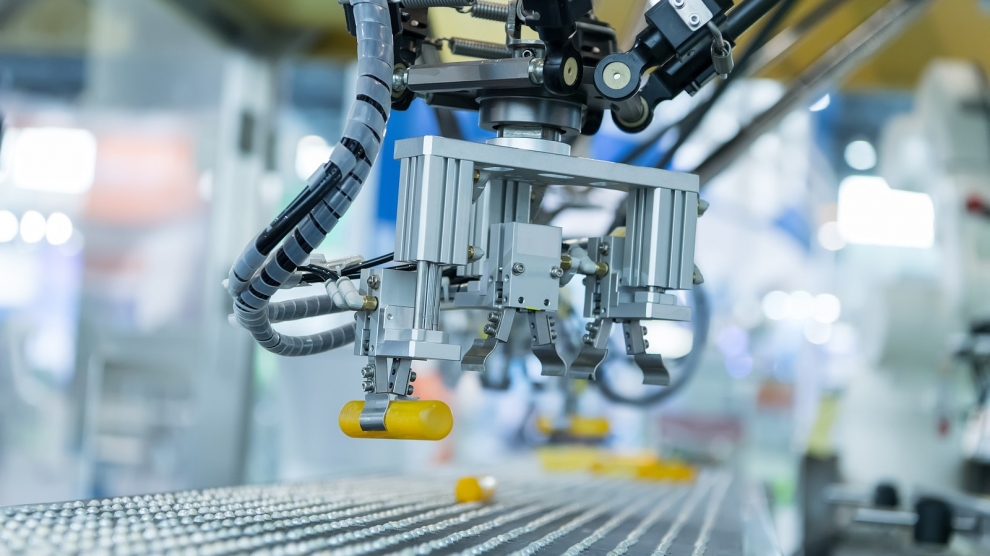 Serbia Serbia is continuing to grow its manufacturing capabilities, developing new strategies and opportunities in the sector, particularly through collaboration with other nations. Despite a decrease in manufacturing output, down to 168.7 billion Serbian Dinar in the first quarter of 2018 from 176.1 billion in the fourth quarter of 2017, year-on-year figures actually saw an increase of 1 per cent in April 2018 over the same month in 2017, and efforts are being made to improve output.

Concerns over worker inactivity remain high, though unemployment is decreasing and many international companies, particularly in the automotive industry, are committed to continuing production in Serbia. The editor of Macroeconomic Analysis and Trends (MAT) magazine, Ivan Nikolic, said earlier this year that the slow growth of manufacture in Serbia was offset by significant advances (of 21.6 per cent) in the production of the electric power industry, resulting in overall industrial production growth, following slow production last year. Serbia’s strengths continue to lie in construction, with the central export being automobiles, though imports have been growing this year.

Germany is the central foreign trader with Serbia, and German companies currently have plans to build two manufacturing facilities in the country. The German company ZF, which is an international leader in driveline, chassis and safety technology, will open a factory in the industrial region of Pancevo, employing 1000 people. Michael Hankel, a member of the ZF management board, said: “the demand for our electric motors and all-electric drives develops dynamically. Since vehicles with hybrid and all-electric drives are set to become more established in the future, we are adapting our worldwide production network to cope with the rise in demand.”

Vorwerk Autotec will also construct a plant in Serbia, at Cacak. The German cable and harnessing manufacturer Leoni, which has already invested 75 million euros into Serbia, is set to open a fourth plant in the country, as well as a production unit in Nis with a workforce of 1250 employees, making it the largest employer
in the country.

The UK is set to see its third major investment in Serbia with the creation of a new factory in Ruma by engine components maker Albon. French car parts constructor Le Belier opened a new aluminium casting unit in Kikinda, northern Serbia, in June, investing 7.5 million euros into the project. Their new factory will join its already-existing plant in Kikinda, which has been operating since 2003. Meanwhile, Italian firm Plastikcam East has opened a factory for thermoplastic processing in Subotica, following an investment of 3 million euros in the development.

Indeed, the IT and engineering sector in Serbia is reporting constant growth, which suggests it to be a promising area of manufacture. Around 50,000 people are employed in the field of IT in Serbia, with the average salary at 1,433 euros, with information suggesting the industry is exceeding corn export rates. Reports show employees use half of resources opposed to the average in all industries, though generate six times higher profit. Canada is deeply involved with the Serbian IT industry, as well as with agriculture, agri-food, pharmaceuticals and light manufacture. IT and technological development is bolstered by its inclusion in university curriculums, particular in Novi Sad, which is aiming to become the IT hub for the entire Western Balkans. The Ministry of Education, Science and Technological Development has also promoted technical and technological programs, encouraging industry growth.

Serbian-Arabic collaboration continues to be steady, with military arms and chip manufacturing being exported, and agricultural and banking investment coming into Serbia. Air Serbia, however, is facing difficulties following Etihad Airways acquisition of 49 per cent of its shares in 2014: Etihad is considering cancelling the purchase of new aircaft, or potentially altering orders for up to 160 aircraft ordered in 2013. Boeing and Airbus are preparing for disruption as Etihad works to promote sustainable operations following recent financial difficulties. Air Serbia is continuing to perform successfully, though there are suggestions that Etihad may leave the partnership.

In May, Belgrade hosted the 62nd Fair of Technology and Technical Achievement which promoted new technologies and developments, showcasing 600 exhibitors from over 30 nations. Minister without portfolio in charge of innovations Nenad Popović suggested the number of exhibitors demonstrates a growing importance of industry in Serbia, as “technological development based on innovative capacities is beginning to spark positive changes in Serbia’s economy.” Mr Popović also remarked that the technological capacities of Serbia’s industrial sector are advancing, along with improved digitization to strengthen manufacture, in order to move Serbia closer to the Industry 4.0 idea.

Serbia is also focusing on increasing its renewable energy output, with plans to generate 27 per cent of its energy consumption from renewables by 2020. The country currently uses coal for 70 per cent of its energy, though the Green for Growth Fund, promoting energy efficiency in eastern and southern Europe, the Middle East and North Africa, said in June that it would provide 32 million euros financing for the first large-scale wind farms in the nation, to kick-start renewable development. The farms are to be constructed 50 kilometres north-east of Belgrade, and funding of 215 million euros has already been promised from The European Bank for Reconstruction and Development (EBRD) and the International Finance Corporation (IFC). Construction of the 57 turbines is a joint enterprise between Abu Dhabi-based renewable-energy developer Masdar, and US-based wind energy developer Cibuk Wind Holding. The farm will have capacity to supply 113,000 households. Green for Growth Fund chairman Christopher Knowles said: “We are proud to support the growth of the renewable energy sector in Serbia at its inception.”

Serbian state-run copper mining and smelting company RTB Bor said the its copper concentrate output expanded by 20 per cent to 4,336 tonnes in May 2018, which is the largest monthly production figure in the last 20 years. It also explained it had increased the production of copper ore by 32 per cent every year to 3.67 million tonnes in May.

It has also been reported that Serbia’s cement industry could play a vital role in environmental protection, with co-processing methods encouraged to seek safer and more controlled strategies. Waste management currently remains poor in the nation, though efforts are being made to collaborate between institutions to attain a national system. Serbia has also recently begun drafting a new industrial policy to close Chapter 20 of pre-accession negotiations with the EU, and is promoting collaboration with universities and scientific institutes to remain a key player in the industrial market.