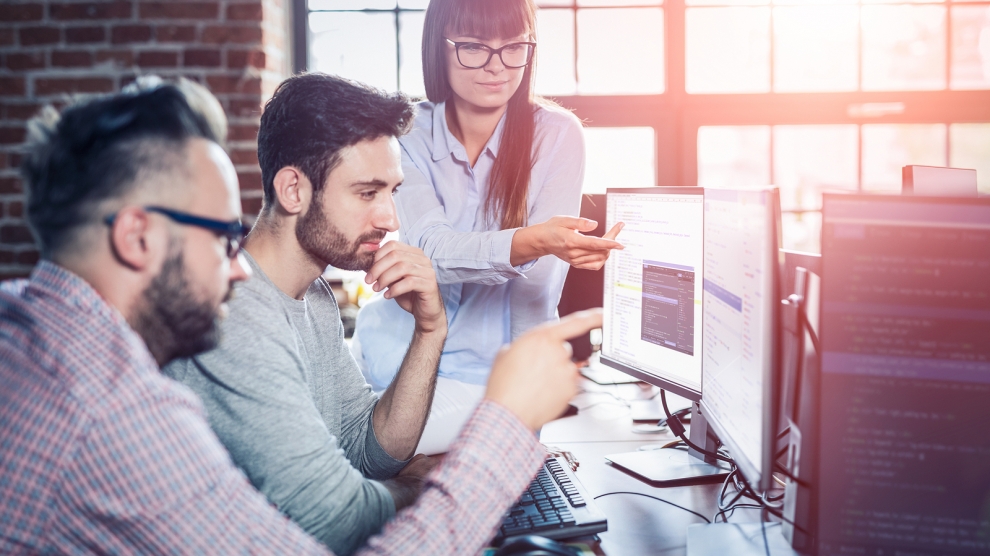 Outsourcing and IT are playing increasingly important roles in supporting economic growth in emerging Europe.

While 2018 feels like the year when the steps taken by entrepreneurs in emerging Europe are coming to fruition, but as you would expect there is still much more that can and will be done.

The World Bank Report of 2018, that looks at all global economies, clearly identified Europe and Central Asia as having the highest share of reforming economies. Outside of the highest OECD companies, emerging Europe also had the highest scores for ease of doing business.

According to the EBRD’s Regional Economic Prospects Report, released in May 2018, GDP in the EBRD regions could rise by 3.8 per cent in 2018, which is significantly ahead of the majority of developed economies. Strong investment and high exports will drive the growth and progress being made in business and technology services is a contributing factor.

To give some examples the outsourcing industry in Bulgaria contributed to 2.85 per cent of the country’s GDP in 2014, by 2017 that had risen to 3.6 per cent. By comparison the IT sector in Latvia is believed to contribute 4.7 per cent to their GDP and the HOA Benchmark Survey of 2017 said 72 per cent of businesses that use Hungary for service provision brought new services to the country over the course of just that one year.

Accolades for innovation and digital advancement have also continued to rise. The Global Innovation Index of 2018 recognised Moldova and Hungary for high quality innovation, the 2017 Bloomberg Innovation Index placed Estonia 33rd in the world and the Czech Republic came 24th out of 136 countries in the KPMG 2017 Change Readiness Report.

KPMG ranked 136 countries globally on how private and public enterprises responded to change and cultivated opportunity.

Reform and regulations as the driver of culture

Emerging Europe recently ranked each of the region’s nations by combining the Corruption Perception Index and the World Bank’s report on ease of starting a business. In some cases the results were surprising and the countries at the top of the list were not necessarily those with the largest market share. What it did indicate was that where business regulation reform has been at its strongest and there is improvement in the investment culture, this can be a spark for growth.

For example, Lithuania, which was fourth on our list and 16th in the world for the ease of doing business, also has the second highest employment rate in Central Europe and the Baltic States, and this year joined the OECD. While Georgia, which appears second on the list, has also been recognised by the EBRD for having the highest number of business regulations over the course of the last 15 years.

Focus on research and development

Elsewhere in this publication we talk more about the emerging talent gap as we look to move up the value chain. More in depth analysis appears there, but it’s important to mention it because investment in education and greater cohesion between governments, commerce and education will play a big part as we look to grow over the coming years.

In 2015 Bulgaria became the leading European Outsourcing Destination and held on for a top three spot in 2016 and 2017. One thing that stands out has been the country’s ability to move higher up the IPO value chain by adopting and building more complex processes, conducting analytics and moving into the FinTech arena. According to the Intelligent Sourcing Report of November 2017, 50 per cent of the working population in Bulgaria now has a university degree. This has meant that the services they now provide in the BPO sector are also moving up the value chain including marketing, sales, accounting and human resources.

There are other great examples in the region of governments, education and business working together. In 2017 Croatia launched a national reform programme focused on boosting competitiveness and employment by linking education with labour market needs. A four-point reform plan introduced in February 2017 is making improvements and addressing the investment culture in Georgia and in Albania customs procedures are being improved in line with EU standards. Meanwhile, in Belarus, a new digital law with an active framework to liberate the business environment in high worth sectors has been passed.

Despite the success Bulgaria has had in moving up the value chain, it’s worth highlighting that the country is not resting on its laurels, and further state sponsored education initiatives are in place to ensure they have the workforce of the future.

If the region is to continue to grow, and more importantly narrow the economic gap with wealthier (but no more able) economies, as well as compete with other emerging markets, research and development (R&D) will need to focus more prominently.

Without the workforce of tomorrow it won’t be possible to realise research and development ambitions and as we continue on a more global path, it will become ever more difficult to compete with other emerging economies let alone the developed ones. According to the How countries invest in R&D report by the Unesco Institute for Statistics there are already eight of our emerging Europe countries investing 1 billion US dollars or more a year in R&D and a further five investing more than 500 million US dollars.

The highest is Poland, which is investing 8.5 billion euros, but that pales into insignificance when compared to the 95.4 billion euros invested by Germany. Elsewhere, around the world there has been a boom in digital advancement in China and to use just one other example the outsourcing industry has grown exponentially in Thailand following a 10 year programme of STEM education and now boasts significant global players such as Intel, IBM, Nokia and Microsoft.

According to the Economist, R&D spending in Poland reached one per cent of GDP in 2017, up from 0.5 per cent in 2017, but the goal is 2.7 per cent which would bring them in line with the US, Germany and Sweden. Economists across all our countries are well aware of the impact of investment in R&D and collaboration that makes our region better placed to succeed and should be applauded.

Value for money is not a thing of the past yet

For now, and there’s no way of getting away from the now, investors will continue to look at value for money on service provision. Interestingly, the Ryan Advisory — UK Offshore Favourability Report of October 2017 had four emerging Europe countries in their top 10, namely Romania, Poland, Bulgaria and Hungary with Macedonia coming in next highest at 18. Whereas, a recent comparison of the ease of doing business to hourly labour costs suggested that Estonia, Lithuania and Latvia slightly pipped the Czech Republic and Poland as the leaders in quality and costs.

According to the KPMG Invest in Macedonia report of May 2017, FDI in Macedonia increased to 354 euros in 2016 from 197 euros in 2014. The labour market is highly skilled and well educated, but low wages means it has significant potential for labour intensive investments.

Slovakia reportedly has 22,000, although reports from SARIO suggest that could now be over 30,000. In Bulgaria this has been reported as over 30,000 by Intelligent Sourcing and the Latvia Investment and Development Agency gives a figure of 8,700 with 11.9 per cent of Riga residents working in shared services centres (SSCs).

According to Kerry Hallard at the Global Sourcing Association, Ukraine has over 100,000 IT sector employees making it one of the largest pools of IT specialists in the CEE region. OSKA, a system set up by the Estonia Qualification Authority that co-ordinates and develops skills says the ICT sector employs over 20,000 IT specialists, while there are over 21,000 IT professionals in Moldova. EVN reported in 2017 there were an estimated 20,000 software developers and engineers in Armenia and more than 40,000 working in the IT sector in Belarus. Invest Slovenia reports over 20,000 working in the ICT sector.

Investment and working together

Foreign Direct Investment (FDI) will continue to be a significant factor for the sector especially bearing in mind the EU Structural and Cohesion Fund is to be reviewed in 2020 and is likely to mean less investment directly into emerging Europe.

New and emerging destinations are still plentiful in the region and none of our countries are even close to saturation point when it comes to the services it can offer. With talent in short supply across the world and no sign of any let-up in demand, the future seems bright so long as supply for the now and supply for the future can be made available.