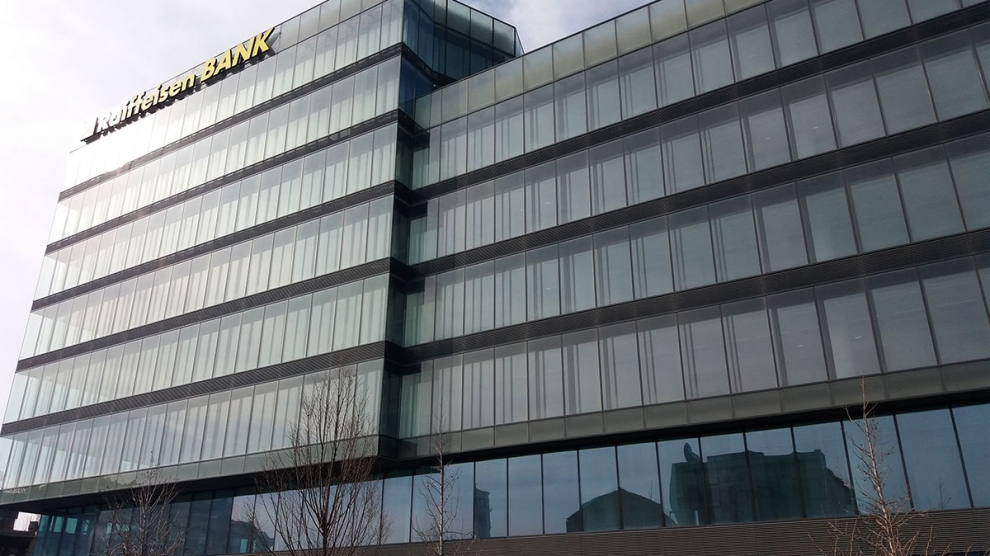 Raiffeisen has been operating in Kosovo since 2003. Emerging Europe speaks to the bank's CEO, Robert Wright, about the country's potential across a number of sectors, as well as the growth of retail banking.

Kosovo’s conflict with Serbia, which reached its violent peak during 1998 and early 1999, destroyed much of the country’s economy, and nearly 20 years on the Kosovo economy still relies heavily on diaspora remittances which consistently total over 700 million euros per annum. However, Robert Wright, the CEO of Raiffeisen Bank Kosovo, sees things finally beginning to move forward.

“In the years since 2003, various investors in financial services, telecoms, mining and energy have entered the market, and coupled with the substantial government investment in road infrastructure, this has helped the country to achieve some important milestones in its economic development,” he says.

Kosovo still has a very large net export gap, and consumption is mainly based on the trade of imported goods and services, but even this is changing. “In recent years we have actually witnessed Kosovo becoming a net exporter of services. We also see a significant growth of investments in areas such as IT and agriculture,” he says. “Banks have also been more willing to support the development of the economy with an increasingly diverse loan portfolio by providing credit to successful entrepreneurs and in turn creating jobs and an overall improvement of the well-being of the citizens of Kosovo.”

The role of the euro

Even though Kosovo is not part of the eurozone, it does use the euro. Mr Wright views this as an advantage.

“Kosovo has stable economic output growth of above 3.5 per cent on average which shows that the euro is not an impediment to economic growth rather an important enabler to local and foreign investors,” he tells Emerging Europe. “In years of financial turmoil such as 2008-2009 the euro currency shielded the Kosovo economy in three important ways.

“First, Kosovo has a large diaspora that saves in Kosovo and thanks to the fact that we did not face the risk of currency depreciation, since we do not have a local currency, lots of savers and investors did not find it risky to maintain funds and capital in euros in Kosovo and pool deposits and investments out of Kosovo. Even during the difficult times of the 2008 crisis Kosovars continued to use euros as a means of payment, rather than using euros as a safe-haven, and therefore consumption confidence in Kosovo was not harmed. In fact it was the contrary and the deposits and remittances in Kosovo continued to increase. Privatisation of large parts of the economy and new entrants into the market continued even after 2009 and this was also a positive development for euro investments.

“Secondly, during the economic crisis, small currencies usually suffer in price compared to hard currencies, but we did not see any depletion in the purchase power parity of Kosovo citizens at that time. The number of Kosovo households has increased by around 20,000 each year since 2009, and Kosovo credit growth has consistently been in double digit percentage rates, supported by very low NPL’s and very high NPL coverage rates.

“Thirdly, euro currency investments in Kosovo are considered capital friendly since the euro itself provides a shield to the loss of value for investors who are holding their investment in the form of capital in euros in Kosovo. On the other hand, capital investment holders in countries denominated in weak local currencies suffered important losses in value in euro terms in the aftermath of the currency crisis. We have seen currencies like the forint, dinar and rouble depreciate significantly in recent years.”

Kosovo still faces many challenges. Mr Wright views the large trade deficit, weak contract enforcement, low labour participation, high unemployment, disrespect for the rule of law, and matters concerning the governmental sector as all being issues that need attention. Improvement in air quality, and creating incentives for a comprehensive investment framework for FDI are two other challenges that need to be addressed in order to put the Kosovo proposition onto the investor map.

“In agriculture, Kosovo needs to increase the amount of arable land as proportionately, compared to the region, it is small. In Kosovo even wheat and vegetables are goods with a net import balance, but with the right strategy the country has the potential to flip the equation and be self-sufficient in many aspects of the food and beverages industry.

“Kosovo has lot of potential in renewable energy and serious investments are currently occurring in wind energy. With an average population age of only 28, many young Kosovars are savvy in foreign languages, something which is driving investment in IT.

“Another area where Kosovo has potential is mountain tourism. Kosovo has two ski resorts but hotel capacity is lacking in peak season, and the infrastructure itself needs significant renewal and transformation to reach an acceptable standard for potential regional, European or Asian tourists.

“In summary, Kosovo has a bright future ahead with significant untapped potential in many areas, and with the support of regional and international investors, important and very positive changes can be made for the benefit of the economy and society in general.”

“In addition to excellent growth, the Kosovo banking sector consistently delivers impressive KPIs with a Cost Income Ratio around 50 per cent in 2018, NPLs three per cent and profit of around 87 million euros,” says Mr Wright.

As a young country, Kosovo is playing catch-up with the rest of Europe and banking is no exception. Mr Wright views this as a positive for the banking industry, however.

“The young population want to do their banking via non-branch channels and this has driven the relatively fast development of alternatives such as mobile and e-banking. Kosovars are very aware of banking products, although awareness is one thing, usage is another. Money transmission on remote channels is relatively good by regional standards but credit card usage is low and consumer loans and mortgages still have significant growth potential. This opens up the on-going and passionate debate about access to finance. Why is it relatively low and how do we fix it?”

As such, Raiffeisen’s CEO sees lots of potential for growth in retail banking. There is still a significant percentage of the individual population outside of the banking system or only partially engaged with banks: just 52 per cent of Kosovo adults have a bank account. The rates in neighboring countries such as Serbia (71 per cent) and North Macedonia (77 per cent) are much higher. “There is also room for significant growth with existing customers,” he says, “and all regional comparisons show that Kosovo lags behind on product ownership and usage.”

One specific area which Mr Wright feels is dramatically under-developed is the residential mortgage market. The total loan portfolio in Kosovo is around 100 million euros compared to 600 million euros in North Macedonia which has similar size population. Montenegro, with a population of just 600,000, has a mortgage portfolio of 1.5 billion euros. Wright believes that while Kosovo banks love to issue mortgages and will lend up to 95 per cent of the property value, “it is other issues on the demand side that limit the market such as property prices, reliability of title and low public sector salaries which severely limit the amount a potential home owner can borrow.”

Raiffeisen is the largest bank in Kosovo with a market share of around 22 per cent of loans and deposits. It also has the most branches (46) and ATMs (115). However, Mr Wright is keen to point out that market share is not a key target: “We gain market share as a consequence of delivering on other key targets such as the quality of our customer service, the relevance of our products and services and the footprint of our distribution network,” he says.”

While the private sector has certainly moved forward in the 11 years since Kosovo independence, it still has some way to go to be on a par with its regional neighbours.

“The saturation and concentration of industries can be a problem where competitors simply have price driven propositions in over-supplied markets with no clear sustainable competitive advantage. Construction, petrol retailers, and supermarkets are good examples of this,” says Mr Wright.

“The banking market is often accused of not providing access to funding but I can assure you we are all keen to expand and diversify our loan portfolios. Ten banks and 12 MFIs are competing in a relatively small market and we need to maximise its full potential. However, our ability to improve access to funding is often limited due to a number of factors, including a lack of transparency from potential business clients – for example no audited accounts and obvious tax evasion, late entrants into saturated markets, no equity investment, no clear sustainable business plans with value-creating competitive advantages and salary payments made in cash which limit the borrowing ability of employees,” concludes Mr Wright.