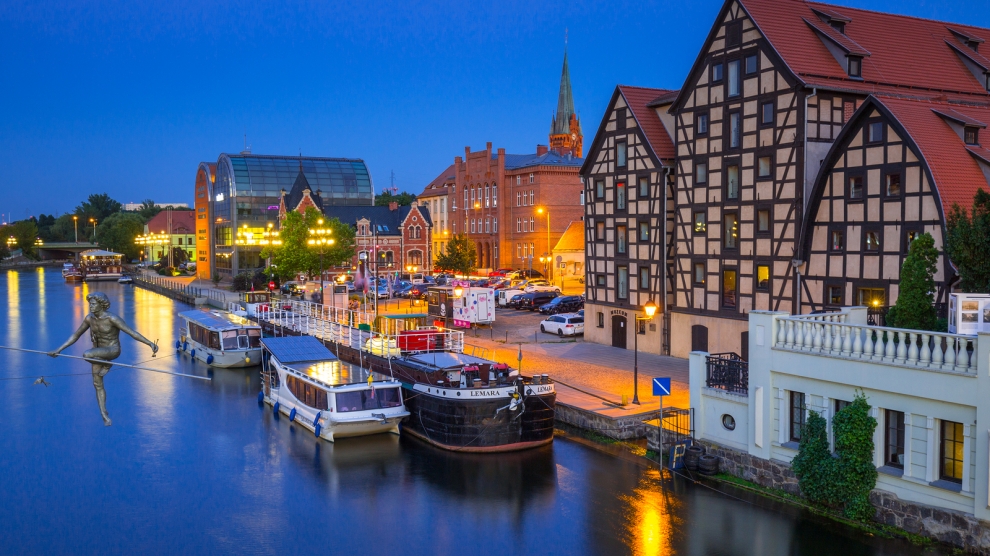 Bydgoszcz, Poland’s eighth largest city with a population of 360,000 and with a strong manufacturing footprint, now has the highest share of IT specialists employed in the business services sector in the country. Michał Kornacki, team leader at the Bydgoszcz Regional Development Agency, speaks to Andrew Wrobel about current trends in the city.

The City of Bydgoszcz realised it has business services potential less than a decade ago. How have you utilised that potential over these years?

Yes, we started promoting the sector in 2010-2011. It was then that we had the first signals that Bydgoszcz had the potential, but at the time it did not offer business services. Back then, we had companies like Alcatel-Lucent with strong bases to attract other investments. However, there were so many other examples of such companies. Through promoting that sector quite intensively, initially through suppliers to Alcatel-Lucent we managed to actually build quite strong company base that is present on the market at the moment.

One of the best examples is Atos, which started as a supplier for Alcatel-Lucent with only 1,000 people and slowly but surely built their confidence. Then their headquarters assigned an additional project that would grow their capacity and from being only a supplier of one of the original investors in Bydgoszcz they became one of the strongest delivery centres in the Atos Group globally, and they now have more than 3,500 employees.

So that’s the IT sector: the growth of that sector in Bydgoszcz at the moment is really significant. Of the 10,000 people working in business services in Bydgoszcz, 8,000 are employed in the IT sector, so you can see a strong specialisation in that field in the city.
Bydgoszcz historically has specialised in both telecommunications and electronics and we still do weill in these disciplines. However, we also noticed additional opportunities in terms of finance and accounting, call contact centres for companies to locate their operations in our city. And we also have some examples of companies that have managed to successfully build their presence here. One of the best examples is Polish Bank Pocztowy, which has an accounting centre here.

Yes, an additional trend that we noticed relates to another industry which is significantly present in our city. I mean manufacturing, which has always been present. With that in mind, companies that use their skills in delivering high-quality products in production space for the headquarters and for their distribution network. They have now received additional requests to deliver some service-oriented projects. One example is Germany’s Frosta. It has had a production company operating in Bydgoszcz for many years, but has now announced the creation of an international service centre. The new centre will provide services to the entire Frosta capital group worldwide, mainly in the financial area.

Without people the business services sector is not going to grow, so how do you see the talent pool in Bydgoszcz and the so called agglomeration?

You’re absolutely right. The talent pool is the most important element and that’s why we keep working with our universities, to keep their educational profiles strongly related to the market trends. Within Bydgoszcz itself, we have more than 30,000 students. However, we always count on the agglomeration and with neighbouring cities like Toruń, we can provide more than 60,000 students and that translates into more than 15,000 graduates each year, within the fields of economics, IT, business/marketing etc. So there is a strong talent pool for future investment.

Demographics is another thing that we have to bear in mind. And every city is struggling with demographics at the moment. However, we see that the new brands and new investment projects that are coming to the city act like a magnet for talent.

It is clear that not every location is ideal for every business services project, for example, because of the talent pool available there. What projects is Bydgoszcz ideal for?

First of all, I would say that the trend now is going towards downsizing. We don’t see many projects these days with 1,000-2,000 employees. The majority of projects require about 100-200 full-time employees (FTEs). However, that doesn’t mean that those projects which do need 1,000 people are impossible in Bydgoszcz.

What about office space? Tier-2 cities like Bydgoszcz sometimes find it challenging to match the demand.

This is again something for the regional market. This market has to be developed by local developers who know the market, who know particular areas of the city, who know where the best locations to invest are.

Recent investments delivered at the highest standard have all been delivered by local developers and these projects seem to be successful
because at the final stage of building, most of these buildings are already 60-70 per cent occupied.

So what is your city’s ambition as far as the business services sector is concerned in, say, five years?

We definitely still want to promote and progress and grow the IT sector, but as I mentioned we are now also concentrating on developing finance and accounting.