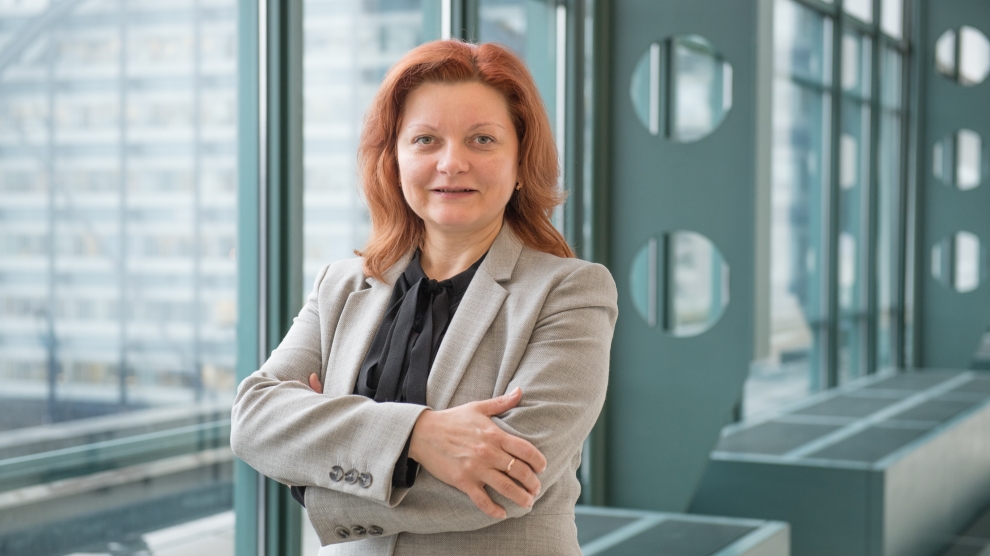 Larisa Manastirli, director for Bulgaria at the European Bank for Reconstruction and Development (EBRD), spoke to Andrew Wrobel about the Bulgarian EU Presidency as well as the challenges the country is facing.

Andrew Wrobel (AW): When we spoke more than a year ago, when Bulgaria celebrated 10 yeras as an EU member state, you told me that a lot of expectations related to the EU membership hadn’t been met. Now we are half way through the Bulgarian Presidency of the Council of the European Union. Have things improved?

Larisa Manastirli (LM): Well, half-way through the EU Presidency, I would say that the Bulgarian government has been managing the task in a professional and well-coordinated manner and the prime minister and government ministers have been driving the EU agenda discussions on various topics, including sensitive ones, in a very inclusive way by trying to close the gap between various EU member states, while at the same time focusing on achieving shared goals and declared objectives. Expectations were high, and surely met, but we need to wait for a final assessment until the end of the term.

I think the priorities chosen for the Western Balkans, which are connectivity and integration, have been well selected and could serve as good examples of strengthening regional cooperation, sharing knowledge and building improved hard and soft infrastructure. These are important steps towards strengthening peace and fruitful trade and economic relationships between and within the countries of the Balkans for mutual benefit.

AW: In 2017, we also spoke about the political situation and the upcoming elections. Is the situation stable, would you say?

LM: Political forces in Bulgaria have managed to maintain political stability despite disagreements. However, it is difficult to predict what will happen once the EU Presidency will be over.

AW: When it comes to the business climate it seems the situation has deteriorated. In the 2017 Doing Business ranking the country came 39th and in 2018 Bulgaria ranked 50th. Has the government introduced any necessary reforms? Is the economic situation more predictable long term?

LM: I would say the drop in the ranking is mainly due to the fact that other countries have done more than Bulgaria to improve their business climate. So we can’t say that the situation has deteriorated in absolute terms. However, it is a strong signal that Bulgaria has to accelerate and improve the quality and enforcement of actions that contribute to a conducive investment climate in all sectors as the country competes globally for investments. In that sense it is a brutal, yet welcome reminder that competition never ceases.

AW: In 2017, the economy grew by 3.6 per cent. It seems that the growth might be slightly lower this and next year — by 0.1-0.2 percentage points. What pushes the economy forward?

LM: Domestic demand was the main driver of growth in 2017. Private consumption grew as a result of the tight labour market and rising wages, while the improved absorption of EU structural funds saw investment pick up. We expect domestic demand to remain the main driver of growth in 2018-19, driven by these two factors. With GDP per capita standing at 49 per cent of the EU average there are positive convergence-based growth prospects in the medium term, but this may be challenged if structural reforms are not reinvigorated.

AW: How do you see the fight against corruption. Has the situation improved?

LM: The current government and parliament have taken important steps such as the adoption of a new anti-corruption bill and the establishment of a new anti-corruption authority. These are welcome developments. The society and the business community want to see a more holistic approach and the implementation of all recommendations of the EU Cooperation and Verification Mechanism, including addressing shortcomings in the judiciary, the fight against corruption and organised crime.

AW: Demographics is a real issue in Bulgaria. The population has already fallen and base-line scenarios predict a further decline by approximately 7 per cent by 2030. How do you see that?

LM: Emigration and ageing weigh on Bulgaria’s long-term growth prospects. The job market is expected to tighten further in the coming years, and employers are having increasing difficulties to fill highly qualified positions. We are currently commissioning a study on the labour markets in Romania and Bulgaria, which will also focus on demographic trends and challenges and develop policy recommendations to address these.

AW: The EBRD has invested almost 4 billion euros in Bulgaria. In which sectors do you see largest opportunities?

LM: We are open to work with companies from many sectors and our portfolio is quite diversified. This mirrors the Bulgarian economy which is also quite diversified and offers many opportunities. Sectors that are growing and in need of funding, include manufacturing, the automotive industry, agribusiness (from primary agriculture to food industry), infrastructure, ICT, power and energy, and tourism.

AW: In June the EBRD and Emerging Europe are organising an investment conference showcasing investment opportunities in London. Why would you recommend doing business in the country?

LM: Bulgaria is a member of the European Union and as such offers all advantages of the EU Single Market and Customs Union. It boasts an attractive geographical location, has a well-educated and open-minded population speaking foreign languages, offers a mild climate and a well-diversified economy with growth potential, which could be unlocked with new investments.

Getting to Bulgaria: Easier Than Ever
Is Bulgaria Really as Corrupt as the Headlines Would Suggest?
Comment