In the most recent Corruption Perception Index (CPI) carried out by Transparency International (TI) in 2017, Bulgaria scored very low, taking 43 points out of a possible 100, as well as ranking 71 out of 180 countries. Based on the results, Bulgaria is the most corrupt country in the European Union.

Corrupt means incapable to act by following the rules, Kalin Slavov, executive director at Transparency International Bulgaria (TI) tells Emerging Europe. “It is a political and social issue at the same time. On the political side – the public authorities do not perform their functions within the established institutional and legal models and this makes the rules a facade. On the social side – in their everyday lives citizens often face difficulties in taking advantage of their rights according to the formally established rules.”

“No one is prosecuting political corruption, there are no ex-government officials in jail,” says Ognian Shentov, chairman of the Centre for the Study of Democracy (CSD) in Sofia. “We have reached a stage of state corruption which we describe as state capture.”

Bulgaria has been in the EU for over a decade and remains under the EC’s special monitoring mechanism (CVM) in order to bring the country’s justice system in line. The CVM was only intended to last a few years but both Bulgaria and Romania remain subject to it.

“Clearly, the mechanism has produced results. Bulgaria has managed to bring organised crime under control,” Ruslan Stafanov, director of CSD’s Economic Programme told the Guardian. “But on corruption and judicial reform, it is not producing the results the EU and Brussels had expected.”

Mr Stafanov also adds that the findings of TI are unjustified, in labelling Bulgaria as the most corrupt country in the EU. “The TI report is a question of whether you like your country or not. I don’t think Bulgaria is experiencing more corruption than, say, Slovakia, but the potential impact is much bigger because the economy in Bulgaria is much smaller,” he says.

Whilst Bulgaria has made progress when it comes to corruption, there is still a long way for them to go. Especially in combating high-level graft.

“What is needed is adequate reform within the public administration, while reform of the judiciary system must also be pursued. Those are the fundamental areas where we should focus our efforts,” said Vanya Nusheva, a political scientist and programme director at Transparency International Bulgaria.

“The largest challenge is the defamation of the process of establishment of public institutions through vote-buying and control/pressure over the voters,” TI’s Mr Slavov says. “This is a basis for further replication of the corrupt model in the actions of the authorities. Within our initiative for monitoring last year’s parliamentary elections, TI Bulgaria analysed the anti-corruption measures proposed by political parties in their election platforms.”

“At the political level there is ‘competition’ between the president and the government to take ownership of the fight against corruption,” Mr Slavov continues. “This is why there were two separate anti-corruption draft laws. One, which would have seen the president appoint the management of the anti-corruption body, did not pass. Practically speaking, the ‘new’ law represents a codification via incorporation of previously existing laws and does not provide for new regulations. This was the reason for the president stating that such a law was not necessary. The presidential veto itself was more a political act than an attempt at improvement.”

But things are starting to look up for Bulgaria. On January 19 a new Anti-corruption and Forfeiture of Assets Act (AFAA) came into force, replacing two existing pieces of legislation – the Prevention of Conflict of Interest Act, and the Forfeiture of Illegally Acquired Assets Act. In addition, the AFAA creates a single commission to enforce the law.

In the months since the law came in to force, the Special Prosecution Office and the Anti-corruption and Forfeiture of Assets Committee (AFAC), have been cleaning up corruption in Bulgaria.
In March 2018 it was reported that 11 employees of the National Revenue Agency had been detained and would face charges of corruption, while some would also face charges of money laundering and one with heading an organised crime group.

More recently, on April 17, Desislava Ivancheva, mayor of Sofia’s central district, was arrested in a raid carried out by the police, the Special Prosecution Office and AFAC.
Ivan Gehsev, head of the Special Prosecution Office, said in a press conference on April 18 that “Desislava Ivancheva, the mayor of Mladost, one of the largest districts of Bulgaria’s capital, Sofia, allegedly demanded a bribe of 500,000 euros to allow the construction of four new buildings in her district.”

Some critics believe that Ms Ivancheva’s highly publicised arrest was more a show of force than anything else.

Nikolay Hajighenov, a lawyer, who runs an anti-corruption blog and is a critic of the government, spoke out on public radio: “This show arrest has nothing to do with justice. A bribe is proven when it is handed over, not after a chase through the centre of the city.”

Despite the controversy involving Ms Ivancheva’s arrest, it is clear that Bulgaria’s new anti-corruption agency is taking real steps to lower corruption in the country. It must be given all the support it needs, not least by the EU. As the enormously successful DNA in neighbouring Romania demonstrates, effective anti-corruption agencies can make a positive difference to the perception investors have about a country, becoming powerful national brands. • 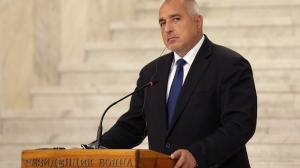 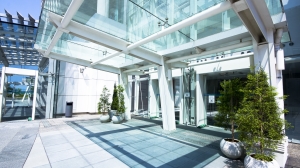 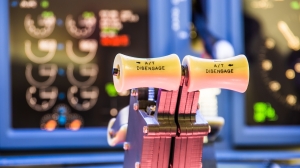