Developing much faster than many other regions around the world, CEE is a significant growth engine not only for the European economy but also for GE. A long- standing advocate of the region’s emergence, GE is the landmark partner of the Emerging Europe Awards 2018. Andrew Wrobel speaks to Peter Stracar, president and CEO of GE Europe.

What role does the emerging Europe region play for GE?

It is therefore natural that over the past three decades we have expanded as the CEE economies themselves have grown and today GE is one of the biggest US investors in the region, where we have about 20 manufacturing sites across all our businesses, employing more than 15,000 people. We cover the whole Emerging Europe region, as we are present in more than 21 countries.

One of the most important reasons GE decided to invest in CEE was the quality of the people available. We are in the technology business, so the quality and skills of people are always a decisive factor for us. On top of the talents, economic growth in CEE was driven by the fact that its economies are flexible and export-oriented, generally welcoming towards investors.

You’ve been quite vocal about the low levels of investment in R&D and innovation in the region. Do you see any changes happening now or in the near future?

Central and eastern Europe has experienced unprecedented growth over the past 20 years. The source of that growth has been low labour costs, robust internal consumption and foreign direct investments. However, a preoccupation with pure technology absorption is not going to maintain economic growth in the long run and the increase in productivity is getting closer to the boundaries of technology.

I truly believe, for CEE, R&D and digitisation of the industry is not an option, it’s the way to stay in business. The World Economic Forum describes some CEE countries as economies that are transitioning from efficiency-driven (manufacturing-focused) to innovation-driven. For these transition countries of emerging Europe it’s the digitisation of the industry that offers the enormous potential to further raise the region’s competitiveness. This is why we appreciate regional government initiatives pushing the application of digital industrial tools in manufacturing across the entire supply chain, also involving small and medium enterprises, SME’s.

The real challenge will be how we support the transition of CEE into an innovation and R&D based region, in which challenge SMEs will have a major role as they are the backbone of the economy. We need SMEs to improve their know-how on disruptive technologies like Additive Manufacturing in order to integrate them into GE’s supply chain and create bigger and better value for the local economy.

The massive 14 billion euros for R&D in the EU structural funds budget for V4 countries up to 2020 for example needs to be invested in the sense of creating more efficient cooperation with the private sector in order to innovate and market more value-added technology and use it to enhance the region’s competitiveness.

Do you see GE’s supply chain developing further in the region?

Certainly! We aim to raise significantly our recent procurement volume in emerging Europe by 2020 by better integrating all of our 6500 SME partners in the region and also integrate new ones to our supply chain.

For a global company like us, an effective and lean supply chain ecosystem is one of the pillars of a successful business. GE buys directly from over 30,000 suppliers from multiple locations around the world and the value of such transactions amounts to 40 billion US dollars globally. For the Emerging Europe region, this number is close to 2 billion US dollars annually.

With the increase of sales in the region, our need for more regional suppliers is growing. In order to maintain our competitive edge we need to extend the eco-system around us to the next level. We wish to create future-safe, strong SMEs by sharing our know-how, especially on disruptive technologies, by developing entrepreneurial attitudes and by developing stronger export capabilities.

We aim to increase and strengthen cross-border collaboration to drive the growth of SME suppliers in emerging Europe. We are thinking about partners that are big enough to carry out their own innovation and exports.

There are two simple yet crucial factors describing how we raise the competitiveness and efficiency of the supply chain in emerging Europe: access and insight. Access to global markets through GE and standalone – and the tools for it, insight into the decision-making process of a large multinational customer, insight into the adaptation of latest IoT technologies and future technology developments.

How do you believe programmes such as the Emerging Europe Awards and GE’s own initiatives help the region step up its role globally?

I do believe that Emerging Europe Awards and GE are pretty much thinking and acting along the same lines. We are recognising, promoting and sharing success stories, leading projects and best practices and encouraging thought leadership.

The awards match what we at GE also aim to create: strong cooperation with local authorities and businesses which have demonstrated excellence in raising awareness, social progress and economic development. They also encourage the region to see joint opportunities and work closer together. And that can only bring benefits to emerging Europe. 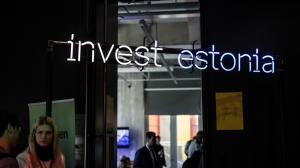