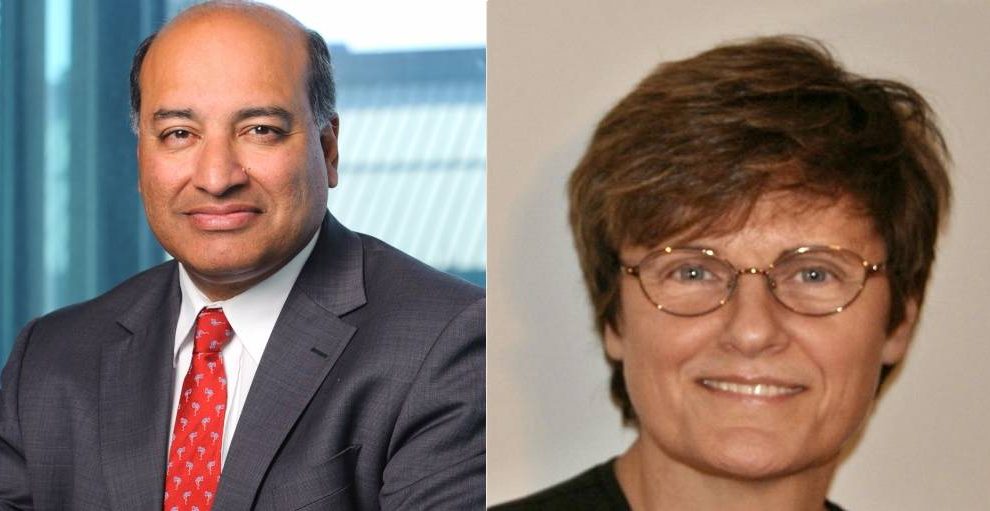 Two leading figures from the world of international finance and medical science have been named as the winners of Emerging Europe’s Professor Günter Verheugen and Princess Marina Sturdza awards for 2021.

The Professor Günter Verheugen Award, given to eminent individuals from outside emerging Europe who have contributed to the region’s prosperity and peace, has this year been given to Sir Suma Chakrabarti, former boss of the European Bank for Reconstruction and Development (EBRD), while the Princess Marina Sturdza Award, given to eminent individuals the region who have contributed to its prosperity, science, culture and peace, goes to Professor Katalin Karikó, whose work formed the basis of the Covid-19 vaccine.

The laureates of the two awards are chosen by the Emerging Europe Council, whose members are leading opinion formers, senior business executives, scholars, former senior representatives of international organisations, civil society and the world of diplomacy and art.

Previous laureates include Professor Günter Verheugen, a former vice-president of the European Commission for whom it is named, Kristalina Georgieva, managing director of the International Monetary Fund, and Carl Bildt, a former prime minister of Sweden.

Sir Suma Chakrabarti was president of the EBRD from 2012 to 2020. He was previously the highest ranking Indian in Britain’s civil service, serving as permanent secretary to the Ministry of Justice and Clerk of the Crown in Chancery from late 2007 until 2012.

Very humbled but happy to have received this accolade alongside someone much more deserving like Karolina Karin. Thank you so much! https://t.co/0QF95plOEW

“This award recognises Sir Suma’s work while president of the EBRD, when he was a key advocate of the emerging Europe region, leading the bank’s advocacy for market-friendly policy reform, better governance and improved investment climates,” says Andrew Wrobel, a founder of Emerging Europe.

“For Professor Karikó, the award is recognition for the decades she has spent researching the therapeutic possibilities of mRNA, attempting to harness the power of mRNA to fight disease, which we are aware was often too far-fetched for government grants, corporate funding, and even support from your own colleagues.”

“As her work has formed the basis of the Covid-19 vaccine, which has saved millions of lives, the award is timely reminder of the importance of research and innovation,” adds Wrobel.

For her entire career, Karikó, who was born in Hungary, has focused on messenger RNA, or mRNA — the genetic script that carries DNA instructions to each cell’s protein-making machinery. She was convinced mRNA could be used to instruct cells to make their own medicines, including vaccines.

Now 66, Karikó has emerged as one of the heroes of Covid-19 vaccine development. Her work, with her close collaborator, Dr Drew Weissman of the University of Pennsylvania, laid the foundation for the stunningly successful vaccines made by Pfizer-BioNTech and Moderna.

The Emerging Europe Awards 2021 is the fourth edition of a programme which showcases the best of the region: individuals, public and private organisations as well as projects and initiatives.

The 2021 edition will take place in a hybrid format on September 15, in person in Brussels as well as online.

For the first time, the winners of most categories will be chosen by public vote. You can see the nominations – and vote for your preferred option – here.

Earlier this year, Svetlana Tikhanovskaya’s unswerving commitment to bringing about democratic change in Belarus, despite being forced into exile and despite the imprisonment of her husband, saw her named as Emerging Europe’s Public Figure of the Year.

Future of China-Kyrgyzstan-Uzbekistan railway remains uncertain
Can the Open Balkans project succeed without half of the region?
Comment