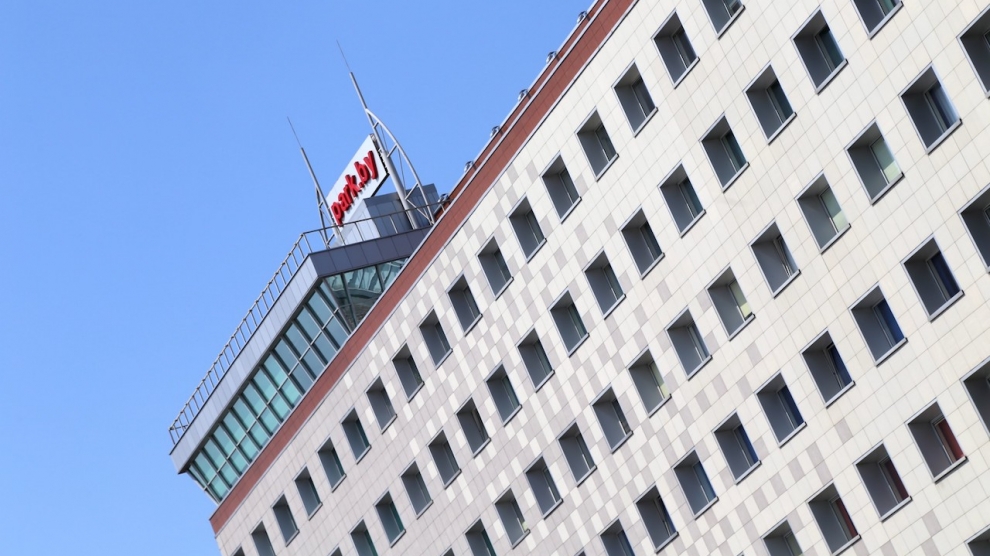 Hi-Tech Park (HTP) Belarus was set up a decade ago and today, it is home to 164 IT companies whose total revenues are approaching $1 billion. Apps developed by HTP residents are used by almost 1 billion people in 193 countries across the globe.

Dr Valery Tsepkalo, director of HTP, spoke to Andrew Wrobel about the park’s growth within the first decade, as well as its residents and the fast-developing Belarusian IT sector.

HTP Belarus started operation in 2006, which means the organisation has just celebrated its tenth anniversary. How do you view its development over the years?

Ten years ago we were a social start-up initiative and now we are a large cluster with 164 companies and 25,000 software engineers. So, as far as our development is concerned, I would put the focus on people not on the number of companies; we have had an increase in the number of engineers of 3,000 per annum. That’s a trend that has continued for some four years now.

Two years ago, when we first met, I remember you talked about the $1 billion threshold that you wanted to achieve. Have the park’s residents achieved those revenues yet?

I don’t know if we will cross that threshold this year, but we will be very close, I am certain. It is important to say that we are very dependent on currency fluctuations because our operations are calculated in US dollars — not only did the Belarusian rouble’s rate change but also that of the Euro and the Pound Sterling, and those areas are our biggest markets.

Currently, the European Union accounts for almost 50 per cent of the park’s sales. The drop of these two currencies compared to the dollar meant a slight slowdown, otherwise I am sure we would have crossed the $1 billion threshold by now.

I believe the US is also a large market for Belarusian IT companies, isn’t it?

It is. The US market absorbs about 45 per cent of our companies’ services.

How about the Russian market? It seems quite crucial for Belarus, doesn’t it?

Well, it used to be an important market for Belarusian IT companies an accounted for about 10 per cent of the sales. This was together with other Commonwealth of Independent States (CIS), where we exported about 14 per cent of our services. This year I think it will be around three-five per cent.

Coming back to Western Europe and the US. How did Belarusian companies begin selling there?

Well, normally companies build their reputations gradually. If you have 1,000 software engineers working for a local market it doesn’t mean that you can go to a Western European client or an American one and say “we have so many engineers we can do the job.” If the first project is a job for just 20 it is already great. If that one is done very well, the next project can potentially involve some 50 engineers. This is our companies’ experience.

So, there are over 160 companies in the Park. Four HTP residents were included in the 2016 Global Outsourcing 100 list, which is managed by the International Association of Outsourcing Professionals (IAOP): EPAM Systems, IBA Group, Intetics and Itransition. What is their share of the total revenues of HTP’s residents?

I would say that five or six of the largest companies are responsible for half of all revenues. So we have those key players and smaller ones, which are still looking for their markets, or even start-ups.

We talked about the 25,000 engineers that work in the park now. How do you see that pool of talent growing in the next years? Will there be another 3,000 people next year?

Yes, each year the reputation of IT education improves and becomes more popular. This year the competition for IT-related courses at universities was the highest and only people with the highest grades were admitted. That means we get the best students in the country and it also means there is enormous potential for the industry.

Most countries around the world face the problem of having too few young people who want to become engineers. For example, the US produces more MBA graduates than engineers. Only recently the Obama administration has launched three initiatives to support technical education.

Everyone knows that people with a technical education are the future of a country. In Belarus, after the collapse of the Soviet Union the prestige of technical education fell just like everywhere in the world. By creating the Hi-Tech Park we have managed to change perceptions about engineers. It really became cool to be a software engineer, in Belarus.

So HTP contributes to that change?

Yes, we organise plenty of meetings with students and their parents to show them the benefits of a technical education, and to talk about salaries and work conditions, etc. We run open days for them at the Park so they could see what it is like to work here.

Salaries are an important element here. How have they grown over the last few years?

I would say that the average net salary within the Park has grown from $1,000 five years ago to some $2,000 now. It is worth noting that this is a salary after income and social taxes have been paid. Also, it is important to say that the industry is young which means that 70 per cent of all our employees are younger than 27 years old.

I should also mention that product companies, especially the successful ones, can definitely pay more. They focus on quality, not quantity. This puts pressure on the whole market and also forces outsourcing companies to pay more and to constantly be involved in training people.

If we look at all of Central and Eastern Europe, the price of services is no longer the deciding element for buyers. What are the advantages of the Belarusian IT sector over the other countries in emerging Europe?

I wouldn’t say that Belarusian engineers are better than Polish, Bulgarian or Ukrainian engineers. The difference lies in the number of products in the B2C sector where we have become a global player.

Five years ago, Wargaming was a start-up and now it is one of the three largest game producers in the world. Viber and Apalon have also been very successful. MSQRD, which helps people to put faces such as Leonardo DiCaprio and other celebrities onto their own, was acquired by Facebook.

But that wasn’t the first, so called, exit, was it?

The first one was four years ago and we have practically one successful exit per year, in the B2C segment, which is the prestigious one. Now there are also a few companies with great products, which I believe will soon be being talked about globally. These help improve the country’s reputation.

Would you say that Belarusian IT companies are more product or service / outsourcing oriented?

Well, most are service companies, or outsourcing, if you will. It is easier to run a company like that, even from the business model perspective. The risk is lower but so is the margin. In a B2C product company it’s different — the risk is higher, as only one in ten companies succeed, but the margins are also higher.

What I also think is important about the industry in Belarus is that our companies have started helping to create start-ups. EPAM runs the ‘Start-up in a garage’ initiative, Wargaming has created studios in order to develop new games. So when we look at our neighbouring countries, we see that there aren’t that many companies that have grown globally and can share their experience with smaller local firms as they do here in Belarus.

So, as we’re talking about the country, it is crucial to mention the fact that this year Belarus was shortlisted as a top outsourcing destination of 2016 by the European Outsourcing Association (which has now been rebranded to the Global Sourcing Association). Belarus has also been included in the Top 30 Locations for Offshore Services by Gartner. How is that helping the Belarusian IT sector to develop?

I believe this was a tribute to our fast growth and the experience we have achieved within the ten years of our development.

Last year HTP’s growth was 30 per cent while the global IT market shrunk after having grown by only some three per cent in 2014. This year we are also expecting growth that is significantly higher than the global figure.