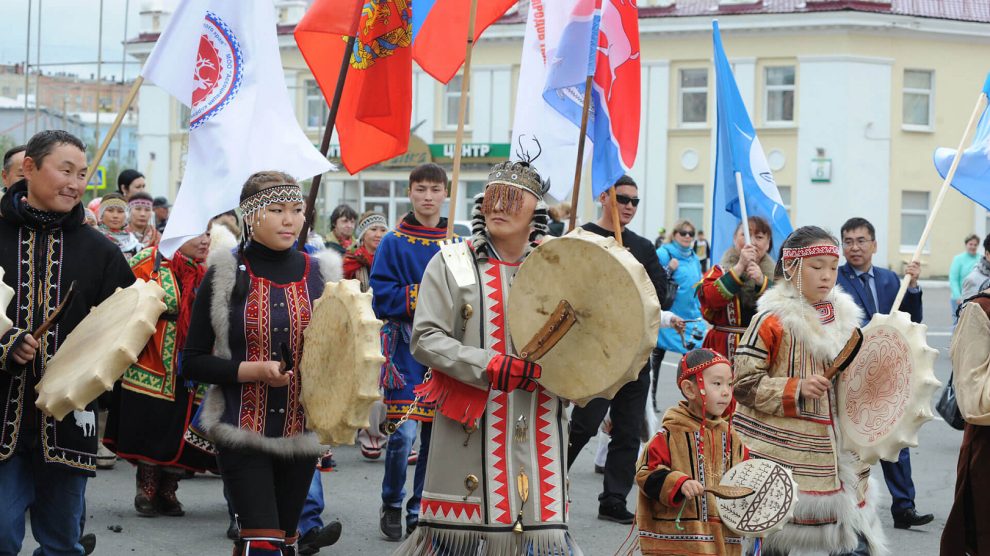 Russian firm Nornickel’s support programme for indigenous people is quickly becoming a model for other mining companies to follow.

Russian mineral giant Nornickel, the world’s largest producer of palladium and high-quality nickel and a major producer of platinum, cobalt and copper, has announced plans to allocate an additional 100 million roubles (1.15 million euros) to support indigenous people living across the Taimyr Peninsula in the Russian Arctic.

The new funding was announced by Nikolay Utkin, senior vice president and director of Nornickel’s Polar Division, during a meeting of the Coordination Council of Taimyr’s indigenous minorities, which took place on the eve of the International Day of the World’s Indigenous Peoples.

The money comes in addition to funding a five-year programme designed to protect original habitats and to support the traditional activities of the indigenous minorities of the region.

The programme includes 42 projects designed to support traditional activities of indigenous peoples of Taimyr, including housing projects, medical projects, as well as educational, cultural and sports projects. As part of the programme, a total of two billion roubles will be allocated for these purposes.

“The programme has already delivered results,” says Utkin. “The first shipments of construction materials for settlements have arrived, and exploration of pastures for the development of reindeer herding has begun in the Avam tundra. With our support, young residents of Taimyr were able for the first time to complete a year of training at the Norilsk State Industrial Institute.”

He adds that young people in need in Taimyr settlements have also received the keys to flats and household appliances, and that an additional 100 million roubles will be allocated to similar projects as early as this year.

“I am sure that next year we will continue complementing this programme in order to provide direct assistance to communities, hunters and fishermen,” he says.

Grigory Dyukarev, the chairman of the Association of Indigenous Minorities of Taimyr, Krasnoyarsk Territory, adds: “What is surprising is how promptly Nornickel responds to the needs of indigenous people.

“Two months ago, our compatriots made their requests, and today we have found out that they have been fulfilled, while an additional 100 million roubles has been allocated for these purposes. We can see that the company is responding to our requests.”

He adds that the programme has been generating genuine interest among representatives of indigenous people from other regions.

“The existing partnership has become possible due to Nornickel’s understanding of the role of indigenous peoples in the territories of its operations and the importance of interaction with them.”

Nornickel has experienced first-hand how complex it is to tackle corporate social responsibility commitments from different angles at once.

Committed to providing support to local communities, Nornickel is fast erasing memories of ecological damage to the Artic ecosystem.

Earlier this year, 28 different projects and campaigns in the Russian Arctic received grant funding from Nornickel to create a culture of environmental protection, develop infrastructure, and expand educational projects.

Representatives of indigenous peoples’ organisations from across the Taimyr Peninsula in the Russian Arctic also received grant funding for the creation of sports clubs, hobby organisations, a small zoo, drone training and other needs.

The degree of complexity raised by relationship between mining companies and indigenous people has long posed a significant challenge to companies operating in the north-eastern part of Russia, but on current form, Nornickel is providing a model for others to follow.

Valery Vengo, a deputy of the Legislative Assembly of Krasnoyarsk Territory, says that the firm’s support programme for the indigenous minorities of the north is a remarkable example of a public-private partnership.

“There are 35 regions in Russia populated by indigenous peoples. Of these, only three regions have signed similar agreements. Taimyr is one of these territories. Nornickel has been cooperating with the indigenous minorities of the north for more than 30 years. The experience of such partnership is an excellent example which should be replicated on Russian and international platforms, wherever it is appropriate.”

Bulgaria heads for yet another election: Emerging Europe this week
Belarus is weaponising migration, but Lithuania is failing to meet its humanitarian obligations
Comment