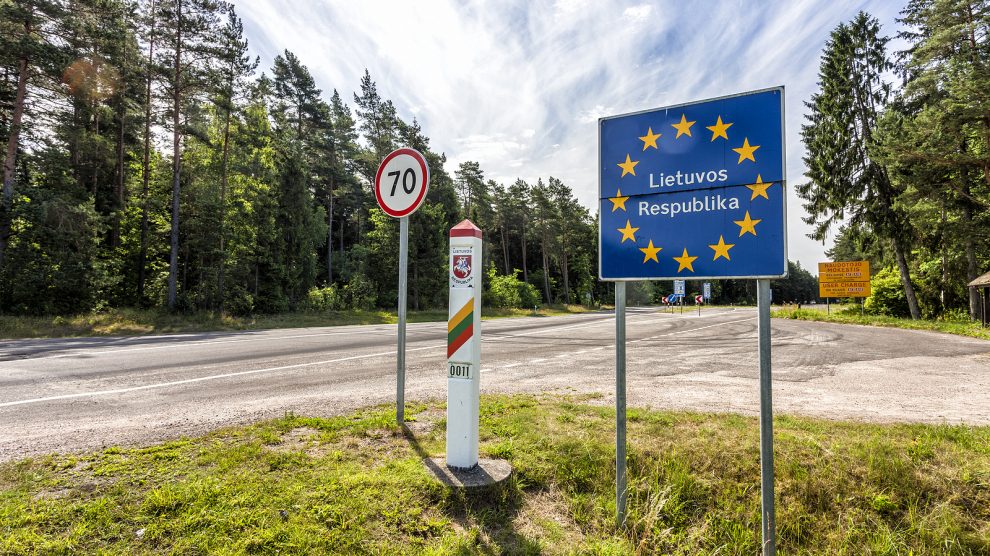 Beyond the political sabre-rattling, the situation on the Belarus-Lithuania border exposes the callousness of those involved towards the plight of vulnerable migrants and asylum seekers.

The migration crisis on the Belarus-Lithuania border has deteriorated further in recent weeks. More than 4,000 individuals have crossed into Lithuania this year, up from just 81 throughout all of 2020. The majority have sought asylum.

Migrants have also now begun crossing into Poland and Latvia, leading the latter to declare a state of emergency on August 10 in four regions of the country bordering Belarus.

With rhetoric escalating on both sides, often overlooked are the migrants themselves. And neither Belarus nor its EU adversaries are covering themselves in glory with how they are approaching the issue.

“The situation on the Belarussian-Lithuanian border is similar to what we experience on the maritime borders of the EU,” says Dr Maurice Stierl, a political scientist at the University of Warwick and representative of activist network Alarm Phone.

“EU forces do what they can to prevent people from claiming their right to asylum. Blockades, rejections and pushbacks are unfortunately everyday phenomena.”

Tensions have been fraught between Belarus and Lithuania for a year, ever since Lithuania granted asylum to Belarusian opposition leader Svetlana Tikhanovskaya alongside many others who fled Belarus following a crackdown that followed a rigged election which incumbent Belarusian President Alexander Lukashenko claims to have won with an implausible 80 per cent of the vote.

Relations have deteriorated further since May, when Belarus forcibly grounded a flight from Athens to Vilnius in order to detain opposition-affiliated journalist Roman Protasevich. This triggered intensified EU sanctions against Belarus.

Both Latvia and Lithuania have announced that they will beef up border patrols and begin taking more direct measures to prevent what they deem to be a “hybrid attack” by the Belarusian government. The Belarusian government has been accused of facilitating migrants’ travel to Belarus and encouraging them to cross the border into Lithuania as a means of putting economic pressure on the country.

Furthermore, Belarus has made disturbing allegations about the mistreatment of migrants by Lithuanian security forces. One of these involved an Iraqi man, allegedly pushed back from Lithuania into Belarus by Lithuanian border guards, who was found badly beaten by Belarusian police close to the Lithuanian border. He later died.

While the Lithuanian side dismissed the story as a “fairy tale”, Belarusian state media has aired footage of the man’s body, and interviews with two of his relatives who came from Iraq to claim the body. A statement by the Belarusian Ministry of Interior Affairs also decried the “barbaric” treatment of migrants at the hands of Lithuanian border forces, bringing up a case of five Iraqis who were attacked with dogs and beaten with truncheons.

Both sides have been hurling accusations at each other, creating a political standoff. However, lost amidst all the noise is the plight of the migrants themselves. The bulk are from Iraq, with smaller numbers coming from the Republic of Congo, Cameroon, Syria and Iran.

They are currently stuck in a precarious position: used as political pawns by the Belarusian government, authorities on either side of the border have demonstrated an unwillingness to look after them, with little concern for their wellbeing.

Instead, the migrants are being ping-ponged across the border, exposing them to more harm and revealing a disturbing level of indifference to international laws and norms.

Belarus certainly appears to be facilitating the flow of migrants as a means of striking back against the European Union.

It is not a new tactic: for over half a decade, Turkey has been threatening to allow the millions of Syrian refugees living in the country to cross the border into the EU.

“It is a cynical game played with human lives,” Dr Stierl tells Emerging Europe. “The Belarusian government knows only too well how to put pressure on Europe…they know that Europe will do everything it can to turn away people who need protection. Belarus wants to gain political leeway and influence through these manufactured border crises. Unfortunately, the past shows that this works quite well.”

However, with international media squarely laying the blame for the crisis with the Belarusian government, the transgressions of Lithuania, and – in a broader sense – the European Union, in regards to the treatment of migrants, has been underreported.

Lithuanian and Latvian border guards have been authorised to use force if necessary to return migrants to Belarus. Additionally, Lithuania in particular appears to be not processing the migrants at all, and instead immediately sending them back to Belarus, invoking an active state of emergency and claiming a lack of capacity to deal with the issue.

This, says Dr Carla Ferstman, a senior lecturer of law at the University of Essex, is a violation of Lithuania’s international obligations.

“Lithuania acceded to the 1951 Refugee Convention on April 28, 1997,” she says. “This means that from that day forward, it has agreed to be bound by the terms of the Convention, which requires it to grant refugees freedom from persecution. So the task of Lithuania is to assess whether the individuals claiming asylum meet the definition of refugee under the 1951 Convention, through an individualised, transparent and fair process.”

A quick look at some of the countries of origin of the migrants shows that it is highly likely that many of them have legitimate reasons to be seeking asylum. Countries like Iraq, the Republic of Congo, Cameroon and Syria all have active conflicts of varying levels of intensity, often with a strong sectarian element. Several of these countries criminalise homosexuality or are authoritarian states intolerant to dissent.

Some of the migrants come from Eritrea, where the totalitarian regime forces youths into often indefinite compulsory military service. All of these are valid reasons to claim asylum – but instead of determining whether the individual migrants fit the criteria to be granted asylum, Lithuania appears to be simply trying to move the problem elsewhere.

“Its failure to do so violates the Refugee Convention, it may also violate Lithuania’s obligations under the European Convention on Human Rights, by potentially exposing the asylum seekers to harm that violates the terms of the Convention,” Dr Ferstmann tells Emerging Europe.

Article 33 of the 1951 Refugee Convention enshrines the principle of non-refoulement, meaning that states are barred from returning a migrant “to the frontiers of territories where his life or freedom would be threatened on account of his race, religion, nationality, membership of a particular social group or political opinion.”

And although the Lithuanians are not returning the migrants to the countries from where they are fleeing, but rather to Belarus, this does not exonerate them of their obligations. With Belarus clearly not willing to grant asylum to these migrants, Lithuania pushing them into the Belarus will lead to their return to their home countries.

“The main threat is that the migrants could be returned to a country where they may be in danger,” says a United Nations worker in Belarus who wished to remain anonymous. “In this context we have to be wary of what is called chain refoulement – generally speaking, when in the transit country, there is no guarantee that the person would be able to apply for asylum in reality.”

Lithuania has also been claiming that the asylum seekers should use official channels to attempt to enter the country – they argue that the fact that the migrants normally cross irregularly justifies turning them back. However, throughout the world, refugees rarely cross borders using official channels – this appears to be a clear attempt to shift responsibility.

Furthermore, Article 31 of the Refugee Convention forbids states from punishing or sanctioning asylum seekers for illegally entering a country.

“Pushing them back across the border on the basis that they have entered using the wrong channels is a form of punishment for their failure to follow proper procedures, which is not permissible under the Convention. It also fails to take into account that they may not have been able to use the official routes,” explains Dr Ferstman.

With the world’s attention fixated on the tensions between Belarus and its European Union neighbours, sadly the plight of the migrants themselves, often fleeing from difficult conditions, is overlooked. The Belarusians appear to be using them as pawns, while they are demonised in Lithuania and Latvia for allegedly being the footsoldiers of a dictator’s plot to destabilise their countries.

Lithuania claiming a lack of capacity to process all the asylums also appears to be a flimsy excuse, particularly when one considers that the majority of the world’s countries with the biggest refugee populations are poorer countries in Africa and Asia.

Instead, as always, the most vulnerable suffer the most – and few appear to be invested in their wellbeing.