Ever since technology began increasing the demand for what can often be scarce raw materials, mining companies have been pushed to adopt more land- and capital-intensive approaches to extraction, in many case at the expense of indigenous communities residing in resource- and mineral-rich areas.

In 1990, the United Nations Global Consultation on the Right to Development stated that “the most destructive and prevalent abuses of indigenous rights are the direct consequences of development strategies that fail to respect their fundamental right of self-determination”.

While in recent decades great progress has been made in terms of securing minority rights across the globe, many companies worldwide continue to overlook the needs of indigenous communities. In particular, the geological and environmental negative externalities produced as a result of intensive mining are “a major cause of displacement for minorities and indigenous people across the world, with many unable to secure compensation and protections due to discrimination”, according to Jasmin Qureshi from Minority Rights Group International.

Multiple recent events corroborate Qureshi’s statement. In Morocco, ever since Africa’s biggest silver mine was set up in the country’s Imider region, the Amazigh community residing in the area has witnessed significant difficulty in accessing water.

Available water has been either diverted to mining activities or, when it does eventually reach the Amazigh community, presents high levels of pollution. Consequentially, agricultural activity been seriously affected, with far lower crop yields making the lives of the Amazigh incredibly hard.

For eight years, from 2011-19, Amazigh activists occupied the Aleppan Mountain above the silver mine, cutting off a pipeline delivering water to it. The protests quickly became tied into a global socio-economic and environmental consciousness about indigenous rights.

The occupation came to an end last year when protesters decided to switch to more peaceful means of protest against the mine’s major shareholder, the Société Nationale d’Investissement (SNI), a private holding company owned by Morocco’s royal family, but not before achieving some positive change in terms of infrastructure investment and social services for the community.

The plight of the Amazigh is similar to that of the Puutu Kunti Kurrama and Pinikura people in Western Australia, where the mining giant Rio Tinto destroyed two rock shelters – both Aboriginal sites of major historical and archeological importance – with two controlled blasts in order to have access to what it termed “higher volumes of grade-one ore”.

The company completely neglected the desires of the Puutu Kunti Kurrama and Pinikura, who repeatedly presented Rio Tinto with the urgency of preserving the sites right up until the blasts.

In a recent submission to an Australian Senate inquiry into the destruction of the rock shelters, Rio Tinto acknowledged that “various opportunities were missed to re-evaluate the mine plan in light of this material new information” on the significance of one of the sites. It also repeated earlier public comments that the destruction of the rock shelters, dubbed Juukan 1 and Juukan 2, “should not have occurred”.

Although the Moroccan and Australian cases are far from unique, there is growing evidence that mining companies – and, perhaps more importantly, their investors – do appear to be realising that only by working with and not against indigenous communities can they achieve both profit and peaceful coexistence.

According to a report from the European Bank for Reconstruction and Development (EBRD), whose own independent accountability mechanism was in 2015 forced to investigate the bank’s compliance with its environmental and social standards at a mine it financed in the Gobi-Altai region of Mongolia, “the importance of involving local communities in mining projects is today recognised as best practice for maximising the benefits for affected communities”.

Forward-looking investors have embraced this principle on the basis that mining initiatives should be viewed as opportunities for indigenous peoples rather than human-rights violations.

As the EBRD report points out, “Offsetting adverse impacts has in the past tended to take the form of philanthropic investment for local projects and initiatives such as the construction of a new hospital or support to the local school football team. However, a more strategic approach to community investment has emerged over the past decade, particularly among the major global mining companies. This focuses on careful engagement, from the earliest stages of the mine project cycle, with local community stakeholders to help identify common long- term strategic socio-economic development aims for the local communities as well as gaps in the existing market”.

One mining giant that took on this commitment is Cameco, operating in the Saskatchewan region in Canada. For more than 25 years now, Cameco has been operating in cooperation with local indigenous communities, with the company committed to providing native people with “sustainable benefits through employment, education and training” through “robust community engagement and strategic community investments with a long term positive outcome”.

This funding, which amounts to 14 million Canadian dollars in donations to northern aboriginal groups over the past decade, and active engagement through information sessions and ad-hoc projects, is seen by Cameco “both as a practical necessity and the right thing to do”.

This conscious approach to mining in indigenous-inhabited lands surely has long-term impacts on the indigenous social fabric. In the Strategic Assessment of Development of the Arctic report, requested by the European Commission, experts highlight how environmental, social and economic outcomes are “inherently intertwined”. This entails that, in order for mining companies to effectively tackle the issue of preserving the rights of indigenous people, all three have to be addressed jointly.

This interrelation is particularly relevant when it comes to mining sites in the Arctic region, where indigenous communities base their lifestyle on a delicate equilibrium of coexistence with an already endangered ecosystem. 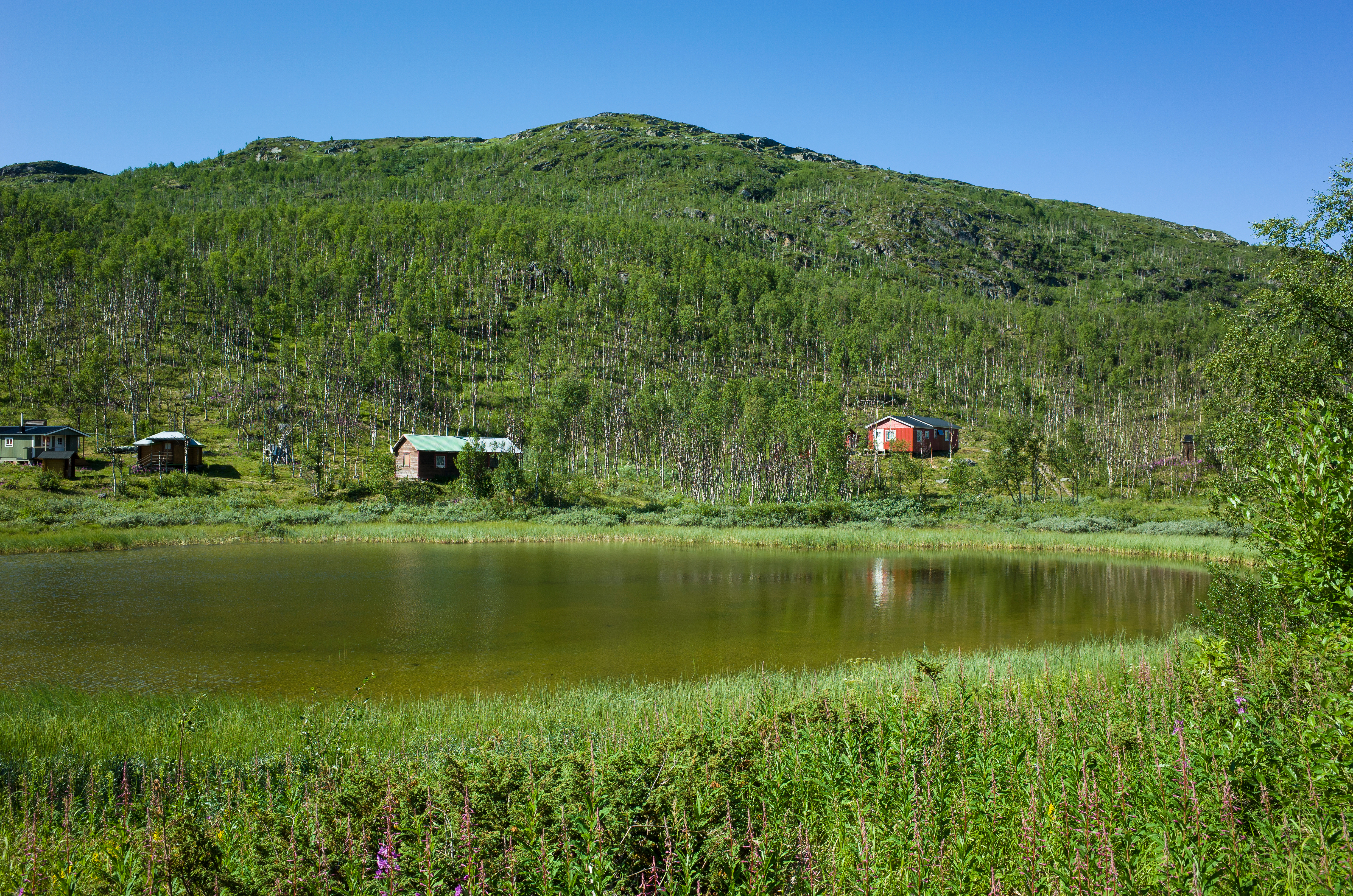 The degree of complexity raised by this interrelation poses a significant challenge to companies operating in the north-eastern part of Russia. Norilsk Nickel (Nornickel), the world’s largest producer of palladium and high-grade nickel, has experienced first-hand how complex it is to tackle corporate social responsibility commitments from different angles at once.

Albeit committed to providing support to the local fauna, Nornickel can’t hide from a history of ecological damage to the Artic ecosystem. Nonetheless, the mining giant’s recent statements and actions leave scope for reassessing its role as a company aiming to set a whole new standard.

In addition to supporting Arctic researches and nature reserves, it has recently started a more closely-monitored cooperation with indigenous populations residing in the Taymir Peninsula.

So far, Nornickel has signed agreements with three organisations representing indigenous people. These agreements include a five-year programme of financial and strategic support totalling two billion roubles (around 22 million euros) which will be devoted to the preservation of indigenous traditional activities, as well as to improving infrastructure, housing, and education.

One of the signatories of the agreement was Grigory Ledkov, president of the Association of Indigenous Minorities of the North, Siberia and the Far East of the Russian Federation, who is extremely confident that these agreements will usher in a new phase of cooperation between Nornickel and indigenous communities.

“This can serve as an example for other companies, as it emphasises the importance of preserving the habitat of indigenous people and protecting our values and traditions,” he says.

Professor Bill Bowring, who teaches human rights and international law at Birkbeck College at the University of London, says it could “protect the traditional living habitat and traditional way of life of indigenous small peoples, to preserve and promote their cultural identity and to ensure biological diversity in the territories of traditional environmental management”.

The Murmansk region in northwest Russia is the land where the Sami people have lived for thousands of years.

Niikko Sommer, an expert in Sami culture at the University of Texas, says: “a timeless theme for the Sami has been their exploitation. They have been consistently taken advantage of by outsiders for their land and resources.”

In 2020, 19 Sami communities (out of 37) received funds from Nornickel, which also tried to amplify the voice of the community by financing the publication of an almanac including the oeuvre of 26 Sami authors in 2019.

A more conscious approach to collaboration could therefore significantly improve lifestyles in terms of environmental, social and economic conditions after centuries of such exploitation.

With its recent commitments, Nornickel could thus pave the way for a more proactive approach to the actualisation of such norms, as well as ensuring that indigenous people rights in the Taymir peninsula and the Murmansk region are respected.

Grigory Ledkov affirms that: “”We live in Russia and we see the whole situation,” suggesting perhaps that well-meaning but not always well-informed outsiders sometimes miss the bigger picture.

A similar attitude towards what were viewed as “interfering outsiders” was also for many years present among the people of the Romanian town of Roșia Montana. There, the Roşia Montană Gold Corporation (RMGC, majority-owned by a Canadian company, Gabriel Resources) was close to building Europe’s largest gold mine, before protests across the country eventually forced the Romanian government to halt the construction of the mine, which some locals had hoped would create thousands of jobs in one of Romania’s most deprived areas.

Many of those who protested, complained locals, enjoyed comfortable lives in Romania’s cities. A film was even made to put the case for the project: Mine Your Own Business. With the mine now in eternal limbo and unlikely to ever be constructed, RMGC is asking the Romanian state for 4.4 billion US dollars in compensation, while locals – both those who were in favour of the project and those who were against – are still uncertain of their future. It is an example of how everyone can lose out when no common ground can be reached.

It is cases such as Roșia Montana that make Nornickel’s agreements with the indigenous people of the Arctic Circle of paramount importance, as they may serve as a test case for future best practice.

Across the world, not least in Morocco, Western Australia, and Romania, others will be monitoring the outcome closely.

Slovakia’s InoBat signs deal with Manz in boost for CEE’s electric car push
Baltic sovereigns face growth and fiscal shock, but GDP contractions are set to be among smallest in eurozone
Comment