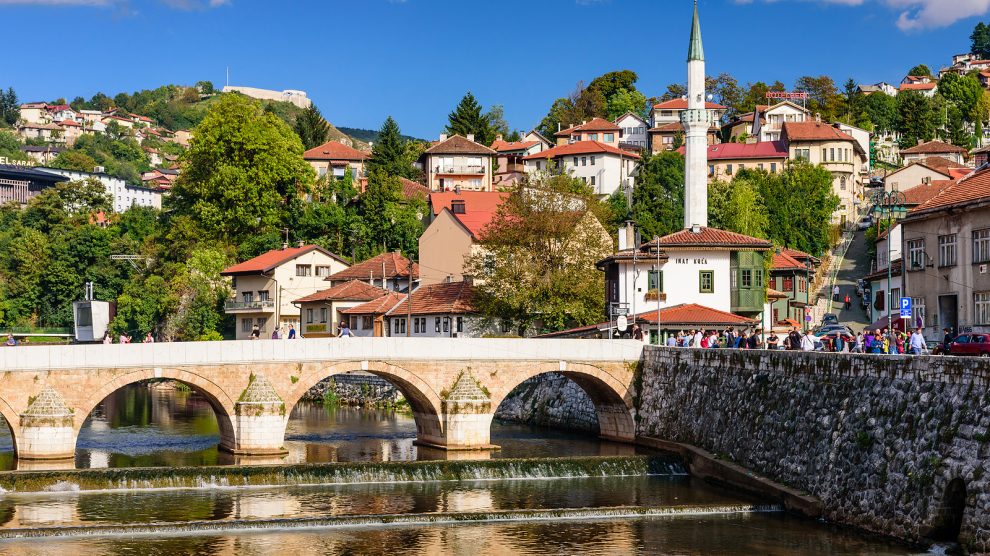 Bosnia and Herzegovina’s High Representative Christian Schmidt might still change the country’s election law, less than a month before voters head for the polls.

In June, local media in Bosnia and Herzegovina broke the news that the Office of the High Representative (OHR), the institution responsible for implementing and upholding the 1995 Dayton peace agreement, was planning to impose a new electoral law on the Federation of Bosnia and Herzegovina, one of the two entities that makes up the country.

Making use of considerable powers that allow him to impose laws and dismiss elected officials, it was reported that the high representative, Christian Schmidt, would introduce the election law changes if Bosnia’s ethnic leaders continued to fail do so.

Amending the country’s constitution and voting laws has been under discussion since 2009, when the European Court of Human Rights condemned the country for barring ethnic minorities (other than Bosniaks, Croats and Serbs) from running for the highest offices in government. So far, no changes have been made.

Schmidt’s plan prompted political leaders of the country’s three main ethnic groups – Bosniaks, Serbs and Croats – to accuse Schmidt, appointed last year, of planning changes that would undermine their constituencies, and sparked days of protests in the capital, Sarajevo.

In essence, the plan means that cantons with larger concentrations of one ethnic group (where the vote for nationalist parties is higher) would gain more representatives in the Federation’s House of Peoples.

Bosniak (Bosnian Muslim) parties in particular have condemned the plans as gerrymandering, claiming that they are discriminatory and designed only to help the main Bosnian Croat party, the nationalist HDZ, keep power.

The reaction to the proposals sparked an unusually harsh response from Schmidt during a press conference last month.

Schmidt reacted violently to a question from a journalist regarding the changes during a visit at the town of Gorazde.

Schmidt said he will give politicians in the Federation entity a new timeline to find their own solution but will impose significant changes to the election law if they continue to fail to reach an agreement. Bosnia and Herzegovina is scheduled to hold a parliamentary election on October 2 and the OHR has yet to rule out imposing the new law by then.

Zijad Bećirović, director of the International Institute for Middle East and Balkan Studies says that Schmidt’s plans have the potential to incite new conflict in Bosnia, adding that Schmidt wants to impose a discriminatory law which would create new ethnic ghettos.

“Croatia has lobbied for this law to help the Croatian Democratic Union [HDZ],” he tells Emerging Europe, adding that Schmidt should bring “European solutions to Bosnia and Herzegovina.”

“He comes from Germany and should bring German legal solutions applicable in Bosnia and Herzegovina. But Schmidt has a few problems with this. He is the recipient of a high award from the Republic of Croatia. He is a member of the Christian Social Union (CSU), which is a sister party of the HDZ, and they are all together in the European People’s Party (EPP), so there is already a conflict of interest. Schmidt is a CSU/EPP party man,” Bećirović says.

With complete control over the Croat caucus, a member from the HDZ would be guaranteed a seat as either the president or as one of the two vice-presidents of the Federation in a triumvirate along with a Bosniak and a Serb selected from their respective caucuses.

Regardless of whether HDZ provides a president or a vice-president for the Federation, all three ethnic constituencies are required to form the government, making the HDZ indispensable.

In the same way that HDZ will be able to rule over the Croat caucus, thus securing a position in the Federation government, the SNSD party in Serb-dominated areas will have the same advantage.

The Bosniak caucus meanwhile is more politically competitive and fragmented, hence fears that its influence will be weakened.

Bad for the Western Balkans

Bećirović believes that Schmidt’s plan, which reportedly has the backing of the US and the UK, could, if implemented, push Bosnia further away from European integration, and cost the whole region as a result.

“It will not be good for the West and it will be the end of the idea of expanding the EU to the Western Balkans. The EU has already done something similar with the Serbs and Serbia, which no longer show any great interest in EU membership”, he says.

At a time of great geopolitical tensions, Bećirović says it is best for the West to respond accordingly and bring the Western Balkans closer, citing the proposed law as one that could move Bosnia into “another sphere” of influence.

“The EU is already late when it comes to the Western Balkans.”