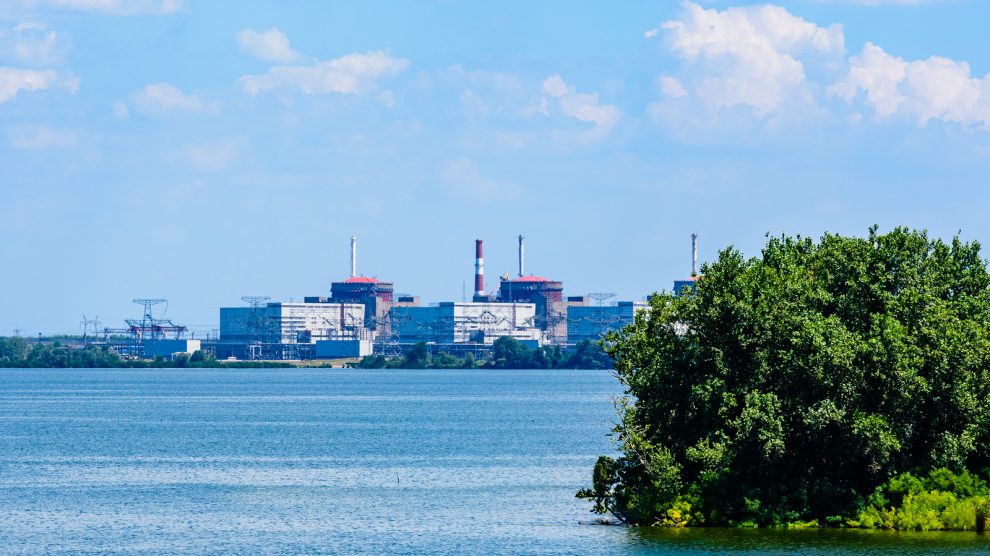 Ukraine has broadly welcomed a UN plan that would see the creation of a demilitarised zone around Europe’s largest nuclear power plant at Zaporizhzhia.

The secretary general of the United Nations, António Guterres, has called for the creation of a demilitarised zone around the Zaporizhzhia nuclear power plant, which would involve the withdrawal of Russian occupying troops and the agreement of Ukrainian forces not to move in.

Briefing the UN Security Council on September 6, Guterres again underlined the need to de-escalate the situation around the embattled plant.

Zaporizhzhia is Europe’s largest nuclear plant – it is home to six of Ukraine’s 15 nuclear reactors – and has come under repeated shelling in recent weeks, sparking fears of a potential nuclear disaster. Russia and Ukraine have accused each other for being responsible for the shelling.

Just two of Zaporizhzhia’s six reactors have been operating since the war began and just one reactor has been working in recent days.

Three of the four lines providing power from Ukraine’s grid have been put out of action during the fighting and on Saturday the IAEA said the last line had also been disconnected, leaving just one lower-power reserve line from a nearby thermal plant.

Ukrainian officials said on September 5 that the last working reactor was disconnected from the grid after the last main power line went down.

Highlighting the continued grave concern over the situation, the UN chief warned that any damage to Zaporizhzhia, or to any other nuclear facility in Ukraine, could result in a wide-reaching catastrophe.

“All steps must be taken to avoid such a scenario. Common sense and cooperation must guide the way forward. Any action that might endanger the physical integrity, safety or security of the nuclear plant is unacceptable,” he said.

Guterres stressed that efforts to re-establish the plant as purely civilian infrastructure are vital.

“As a first step, Russian and Ukrainian forces must commit not to engage in any military activity towards the plant site or from the plant site. The Zaporizhzhia facility and its surroundings must not be a target or a platform for military operations,” he said.

The second step would entail securing an agreement on a demilitarised perimeter.

“Specifically, that would include a commitment by Russian forces to withdraw all military personnel and equipment from that perimeter and a commitment by Ukrainian forces not to move into it. Operators at the plant must be able to carry out their responsibilities, and communications must be maintained.”

His comments came shortly after the publication of a report from the International Atomic Energy Agency (IAEA), whose inspectors visited the plant last week following months of negotiations. The report confirmed the presence of Russian soldiers and military equipment at the plant, including army vehicles.

Two inspectors remain at the site, which has been under Russian control since the early days of the conflict.

“I trust that the IAEA experts now deployed to Zaporizhzhia will be able to carry out their work without hindrance and contribute to ensuring lasting nuclear safety and security at the plant. All of us have a stake in the success of their critical mission,” added Guterres.

IAEA chief Rafael Mariano Grossi, who led the mission, had described it as “historic”. The fact that staff are now there is “unprecedented”, he added.

Citing nuclear disasters in Chernobyl and Fukushima, as well as the conflict in Iraq, he recalled that while agency inspectors had experienced “difficult circumstances”, it had always been in the aftermath of a disaster.

“We in this case have the historical, ethical imperative to prevent something from happening. And by having established this presence, and by agreeing to a special safety and security protection zone…we have the opportunity to prevent this from happening.”

The IAEA report provides concrete recommendations to address the seven pillars of nuclear safety that Grossi had outlined at the beginning of the war.

Although the first pillar calls for not violating the physical integrity of nuclear facilities, “this happened, and continues to happen,” he said.

“The hits that this facility has received and that I could personally see and assess together with my experts is simply unacceptable. We are playing with fire and something very, very catastrophic could take place,” he warned.

The report proposes setting up a nuclear safety and security protection zone that would be limited to the perimetre and the plant itself.

Other recommendations call for removing all military vehicles and equipment from nuclear buildings at the site and ensuring the return to clear and routine responsibilities for staff, in addition to re-establishing an “appropriate” work environment.

Ukraine’s president, Volodymyr Zelensky, has offered qualified support for the proposals to create a demilitarised zone around the plant and asked for more detail on the plan.

“If the content of this proposal is to demilitarise the territory of the nuclear power plant – and this is logical, as it was the Russian military presence that put the Zaporizhzhia plant on the brink of a radiation disaster – then we can support such a demilitarised protection zone,” he said.