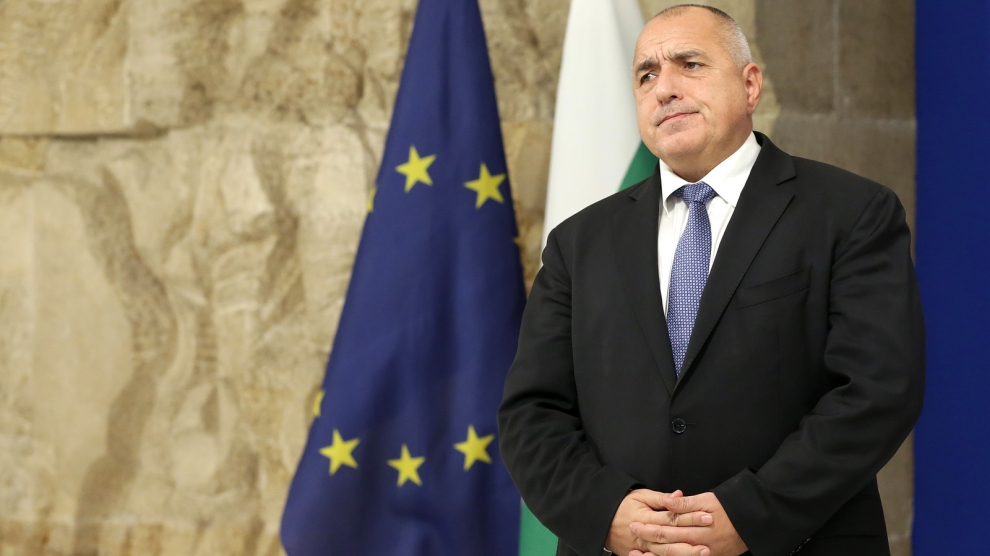 Bulgaria’s former prime minster, Boyko Borissov, was last month back in the headlines after being arrested on suspicion of corruption. He was quickly released without charge, leaving many questions unanswered.

The arrest on March 18 of Boyko Borissov, Bulgaria’s former prime minister and still the leader of the GERB party, alongside his spokesperson Sevdelina Arnaudova and former finance minister Vladislav Goranov, sent shockwaves across the country, and much of Europe.

Borissov was released (with much less fanfare) after 24 hours in detention, despite accusations of corruption, blackmail and bribery, a fact which did not garner as much attention as the shocking images of the former PM in the back of a police van.

The key allegations against Borissov come from Vasil Bozhkov, Bulgaria’s wealthiest business mogul who also happens to be on a US sanctions list for his involvement in organised crime.

Bozhkov alleges that he has paid bribes to Borissov in the past, and that the former PM and former finance minister attempted to extort further 34 million euros from the billionaire, who lives in exile in Dubai.

“The case is based on the testimony of an odious oligarch in exile, who isn’t a very sympathetic ‘victim’ of extortion and thus the optics of the case aren’t perfect,” Maria Popova of the Jean Monnet Centre Montreal, tells Emerging Europe.

Georgi Dimitrov, a professor at Sofia University who has written about corruption in Bulgaria, similarly questions the circumstances under which the arrest took place.

“In biography, in way of thinking and in behaviour, Borissov leaves no room for any suspicion, that he sees no problem in achieving goals with actions far beyond the law. But even gangsters must be sent to prison by legal means,” he tells Emerging Europe.

Issues with the judiciary

“Borissov was released because the Prosecutor’s Office refused to open an inquiry despite the fact that the Ministry of Interior had gathered evidence and had, in simple terms, done the job for the prosecutors,” she tells Emerging Europe.

The Prosecutor’s Office and its highly controversial chief public prosecutor Ivan Geshev have long been accused of having ties with GERB, Bulgaria’s former ruling party.

“The EPPO is also signalling that it would like to go after grand corruption, not just minor fraud cases, which isn’t surprising, given [Laura] Kövesi’s background,” she adds.

Although Bulgaria’s current PM Kiril Petkov does not have jurisdiction over the Prosecutor’s Office, in February he handed Geshev a list of 29 individuals thought to be involved in high-level corruption.

During her latest visit to Sofia, Laura Kövesi (who made her name in neighbouring Romania, successfully prosecuting several high-level politicians and officials), which coincided with Borissov’s arrest, Petkov pledged to work alongside the EPPO in the ongoing investigation of over 120 cases of mismanagement of EU funds and corruption.

“It is quite revealing that the European Chief Prosecutor Laura Kövesi would like to break the monopoly of the Prosecutor’s Office in referring cases to the EPPO – she said she welcomed referrals by other institutions, such as the Ministry of Interior, as well as by civil society,” points out Vassileva.

“Kövesi’s demand for Bulgaria’s government to ensure an office of the EPPO in Bulgaria which is not in the building of the Prosecutor’s Office distinctly shows how much she trusts Ivan Geshev,” she adds.

Investigations into the dealings of Borissov and his associates are said to still be open, as is the independent monitoring of Kövesi’s team, yet the former PM’s highly visible arrest seems to have produced some viable results.

“It made international headlines and attracted attention to the rampant corruption in Bulgaria. Even the mass protests against Borissov’s regime and General Prosecutor Ivan Geshev in 2020 which lasted for months did not receive this much coverage,” Vassileva argues.

“This is a golden opportunity to further expose the rule of law decay in the country,” she adds.

Her visit coincided with the Commission’s green light for Bulgaria’s recovery and resilience plan, which von der Leyen referred to as, “one of the greenest plans we have approved so far”.

However, she also pointed out that “investment must be accompanied by reforms. You have to carry out the reforms, and you will get paid. It’s like a good contract,” making it clear that high-level corruption remains Bulgaria’s biggest challenge.