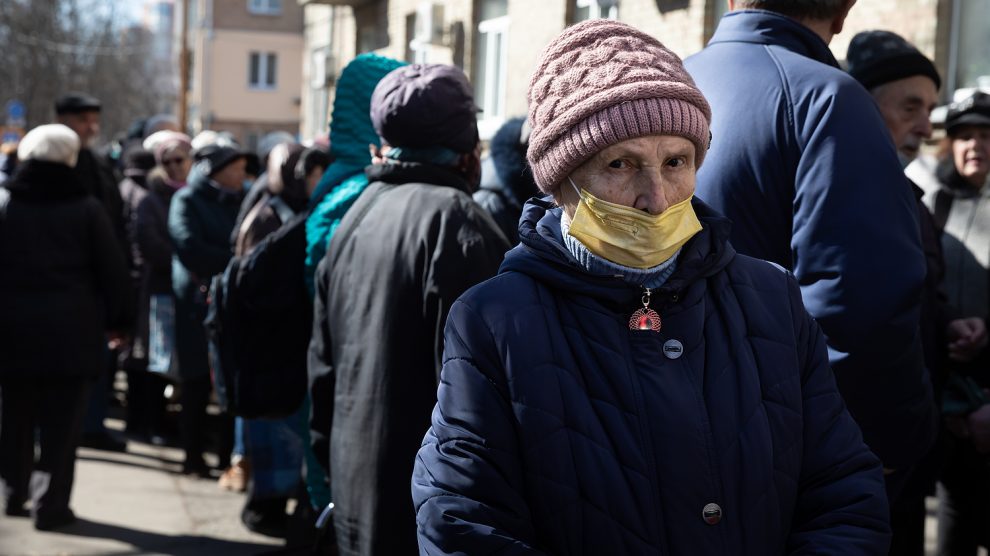 Inflation, reduced growth, and in some countries even another recession are just some of the risks facing the economies of emerging Europe as a result of Russia’s invasion of Ukraine.

The war against Ukraine and sanctions on Russia are hitting economies around the globe, with emerging market and developing countries in the Europe and Central Asia region expected to bear the brunt, says the World Bank’s Economic Update for the region, released on April 11.

The region’s economy is now forecast to shrink by 4.1 per cent this year, compared with the pre-war forecast of three per cent growth, as the economic shocks from the war compound the ongoing impacts of the Covid-19 pandemic. This would be the second contraction in as many years, and twice as large as the pandemic-induced contraction of 2020.

Ukraine’s economy is expected to shrink by an estimated 45.1 per cent, although the World Bank suggests that the magnitude of the contraction will depend on the duration and intensity of the war.

“The magnitude of the humanitarian crisis unleashed by the war is staggering. The Russian invasion is delivering a massive blow to Ukraine’s economy and it has inflicted enormous damage to infrastructure,” says Anna Bjerde, World Bank vice president for the Europe and Central Asia region.

“Ukraine needs massive financial support immediately as it struggles to keep its economy going and the government running to support Ukrainian citizens who are suffering and coping with an extreme situation.”

The war has added to mounting concerns of a sharp global slowdown, surging inflation and debt, and a spike in poverty levels.

The economic impact has reverberated through multiple channels, including commodity and financial markets, trade and migration links and adverse impact on confidence.

The war is also hitting hard the emerging and developing economies of Europe and Central Asia, a region that was already heading for an economic slowdown this year from the ongoing effects of the pandemic.

In addition to Russia and Ukraine, Belarus, Kyrgyzstan, Moldova and Tajikistan are projected to fall into recession this year, while growth projections have been downgraded in all economies due to spillovers from the war, weaker-than-expected growth in the euro area, and commodity, trade and financing shocks.

Russia and Ukraine account for about 40 per cent of wheat imports in the region and about 75 per cent or more in Central Asia and the South Caucasus.

Russia is also a major export destination for many countries, while remittances from Russia are close to 30 per cent of GDP in some Central Asian economies, such as Kyrgyzstan and Tajikistan.

“The Ukraine war and the pandemic have once again shown that crises can cause widespread economic damage and set back years of per capita income and development gains,” says Asli Demirgüç-Kunt, World Bank chief economist for Europe and Central Asia.

“Governments in the region should fortify their macroeconomic buffers and credibility of their policies to contain risks and deal with potential fragmentation of trade and investment channels; strengthen their social safety nets to protect the most vulnerable, including the refugees; and not lose focus on improving energy efficiency to ensure a sustainable future.”

Others are also concerned about the fallout from Russia’s invasion of Ukraine on the broader regional economy.

“Without any doubt, the war in Ukraine is a serious blow for the CEE economies,” says Professor Witold Orłowski, chief economic advisor at PwC.

“They suffer, firstly, from the hike in inflation, mainly due to soaring prices of oil and gas, and food. Secondly, from the demand shock caused by a reduced exports to Russia, Belarus, Ukraine, caused by sanctions, war, recession, and, probably, by a reduced growth in the eurozone.

“Thirdly, they suffer from the increased perception of the risk that may negatively influence investment,” Professor Orłowski tells Emerging Europe. “And, finally, from the risk of possible disruption in gas and oil supplies (especially risky for Czechia and Slovakia). Altogether, it is pushing them towards stagflation, and the force of this push depends on the future events in Ukraine.”

The shock is also weighing on sovereign credit, via multiple channels, according to David Rogovic, VP-senior analyst at Moody’s.

“The credit implications for sovereigns depend on their direct exposure to each channel, the degree to which pandemic-related scarring exacerbates the exposure, and their capacity to mitigate the shock,” says Rogovic. “Where available, a rapid and significant fiscal policy response, combined with banking systems’ resilience, will buffer the credit shock.”

Among the most exposed sovereigns, Rogovic says, are Poland, the Baltics, and Moldova due to their susceptibility to political risk; and sovereigns in the Commonwealth of Independent States (CIS) that face lower growth and higher external vulnerability.

Poland, which has welcomed close to 60 per cent of the 4.5 million people fleeing Ukraine, is expected to see a significant increase in demand for public services and housing, with pressures on public finances. On the upside, however, this could provide a boost to the economy in the short term via higher domestic demand.

There is some good news though.

Jakob Suwalski and Levon Kameryan at Scope Ratings believe that the CEE region has multiple economic strengths that could help see them through.