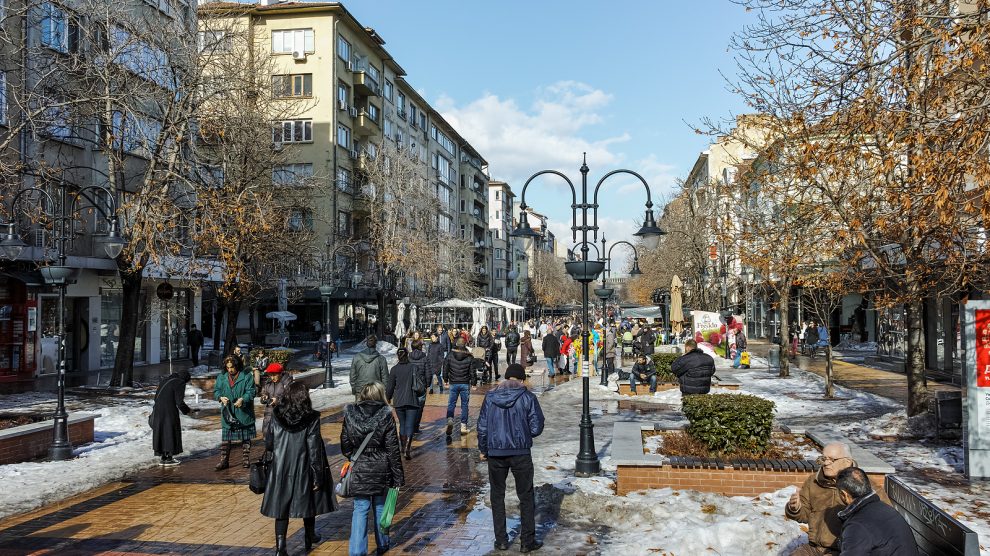 The OECD, an influential club for wealthy countries, may soon be welcoming three new members from emerging Europe into its ranks.

Three countries from Central and Eastern Europe: Bulgaria, Croatia, and Romania, were on January 25 given the green light to begin accession discussions with the influential Organisation for Economic Co-operation and Development (OECD).

Argentina, Brazil, and Peru have also been invited to start membership talks.

Established in 1961, the OECD is a unique forum where the governments of 38 democracies with market-based economies collaborate to develop policy standards to promote sustainable economic growth. Members account for three-fifths of the world’s GDP, three-quarters of world trade and account for half of the world’s energy consumption.

A report from the Centre for Strategic International Studies (CSIS) in 2020 stated: “the OECD serves as an important policy forum and a platform for best practices in issues such as taxes, education, the environment, governance and public integrity, and international development. As opposed to large organisations such as the United Nations or World Bank, the OECD’s smaller contingent of members allow it to be more specialised and innovative.”

Unsurprisingly, membership is highly coveted, and widely viewed as recognition of economic progress.

“OECD membership remains the most direct and effective way to ensure the adoption and dissemination of our shared values, principles and standards across the world,” says Mathias Cormann, the organisation’s secretary-general, adding that, “candidate countries will be able to use the accession process to promote further reforms for the benefit of their people, while also strengthening the OECD as a like-minded community committed to a rules-based international order.”

There is no deadline for completion of the accession processes. The outcome and timeline depend on each candidate country’s capacity to adapt and adjust to align with the organisation’s standards and best practices.

Each of the three CEE countries invited to start talks were quick to welcome the decision.

Croatian Prime Minister Andrej Plenković said that in addition to the Schengen area and the eurozone, the OECD was a “priority” for the country. “It will strengthen our economy and Croatia’s international position and influence,” he said.

Bulgaria’s new PM Kiril Petkov thanked the European Union for supporting its OECD membership bid, while in a statement, Romania’s foreign ministry said that OECD membership would “strengthen the country’s international profile and provide access to the expertise of an international body valued for the quality of its economic studies and public policy evaluations. It will also provide the opportunity to participate directly, along with other members, in establishing international regulations in the field of good economic governance.”

But is there more to OECD membership than the prestige of belonging to what The Economist has dubbed “a club of wealthy countries”?

“And it is also important domestically to hold the governments accountable and to see the country in comparison to its peers and more developed economies in various indicators,” he tells Emerging Europe.

Christopher Hartwell meanwhile, professor of international business policy at the Zurich University of Applied Sciences (ZHAW) School of Management and Law, says that the OECD is primarily “a badge of honour”.

“Your country made it to prosperity and is now in the club,” he tells Emerging Europe. “As an organisation, it does some good things – I was involved in their detailing of barriers to agricultural investment in Ukraine in 2015 – but as a group of leaders, it pushes absolutely horrible, anti-prosperity policies like tax harmonisation or minimum tax rates.

“It’s like they say, ‘welcome to the rich nations’ club, now let’s do things to make you poorer.’”

Last October, the OECD announced that 136 countries had agreed to its proposals for a sweeping overhaul of the international tax system that will impose a 15 per cent minimum tax rate on multinational enterprises: something the organisation had long pushed for.

In CEE automation is not destroying jobs, it’s creating them, study finds
A European Silk Road makes both economic and environmental sense
Comment