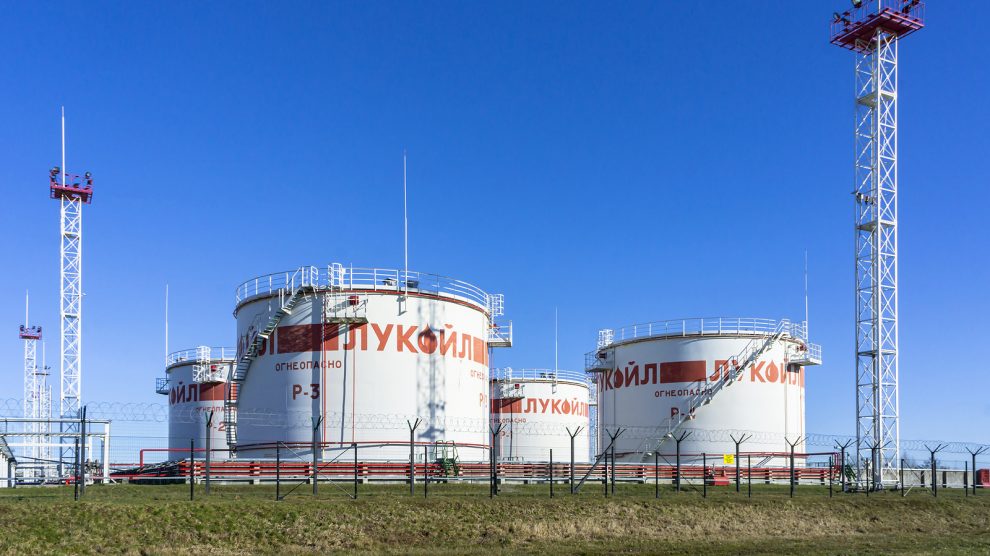 A proposed new round of sanctions against Moscow – which would see the EU exit Russian oil by the end of year – could be held up by Hungarian and Slovakian objections.

The European Commission has set out a sixth package of sanctions targeting Russia’s economy, its military and propaganda machine.

Commission President Ursula von der Leyen told the European Parliament on May 4 that Russia’s president, Vladimir Putin, wanted to wipe Ukraine from the map and would not succeed.

“It is his own country that is sinking,” said von der Leyen.

On the crucial issue of energy imports, von der Leyen said that the EU would put in place a complete import ban on all Russian oil, seaborne and pipeline, crude and refined. But she added that the EU’s exit from Russian oil would be carried out in an “orderly fashion, in a way that allows us and our partners to secure alternative supply routes and minimises the impact on global markets”. She also made no reference to Russian gas.

She said that the EU would phase out Russian supply of crude oil within six months and refined products by the end of the year.

“We will maximise pressure on Russia, while at the same time minimising collateral damage to us and our partners around the globe. Because to help Ukraine, our own economy has to remain strong,” added von der Leyen.

Other proposed sanctions include disconnecting Sberbank, Russia’s largest bank, and two others, from the SWIFT bank transfer system.

“We are hitting the banks that are systemically critical to the Russian financial system and to Putin’s ability to wage destruction. This will solidify the complete isolation of the Russian financial sector from the global system,” said von der Leyen, who confirmed that EU-based accountants and consultants would no longer be allowed to provide services to Russian clients.

The EU has also proposed cutting off three state-owned Russian broadcasters. Von der Leyen called them “mouthpieces that amplify Putin’s lies” and said that, “they will not be allowed to distribute their content in any shape or form, be it on cable, via satellite, on the internet or via smartphone apps.”

However, the sanctions will require unanimous support among all 27 EU members, and both Hungary and Slovakia have already made clear that they are unlikely to back the ban on Russian oil unless they can negotiate an opt-out. Russia accounts for 25 per cent of oil imports to the EU and are a major source of revenue for the Kremlin, but the level of dependency varies.

According to Hungary’s foreign minister, Péter Szijjártó, “it is currently physically impossible for Hungary’s economy to function without Russian oil”, while Slovakia says that it is in a similar position.

Economy Minister Richard Sulik says that it would take “several years” for the country’s sole refiner, Slovnaft, to switch from Russian crude to another source of oil.

While most EU observers believe that a deal will be reached, possibly allowing Hungary and Slovakia an extended timeline for their Russian oil exit (some reports suggest the end of next year), von der Leyen made it clear that they will eventually have to learn to cope.

Von der Leyen also called for work to begin on a plan for Ukraine’s reconstruction.

“Europe has a very special responsibility towards Ukraine. With our support, Ukrainians can rebuild their country for the next generation,” she said, arguing that an ambitious recovery package should focus on “massive investment” and address “the existing weaknesses of the Ukrainian economy and lay the foundations for sustainable long-term growth”.

In the meantime, Ukraine’s GDP is expected to fall by 30 per cent to 50 per cent this year alone, she said, with the IMF estimating that Ukraine would require five billion euros a month “to keep the country running, paying pensions, salaries and basic services”.

“We have to support them, but we cannot do it alone,” Von der Leyen said. “I welcome that the United States announced massive budgetary support. And we, as Team Europe, will also do our share.”