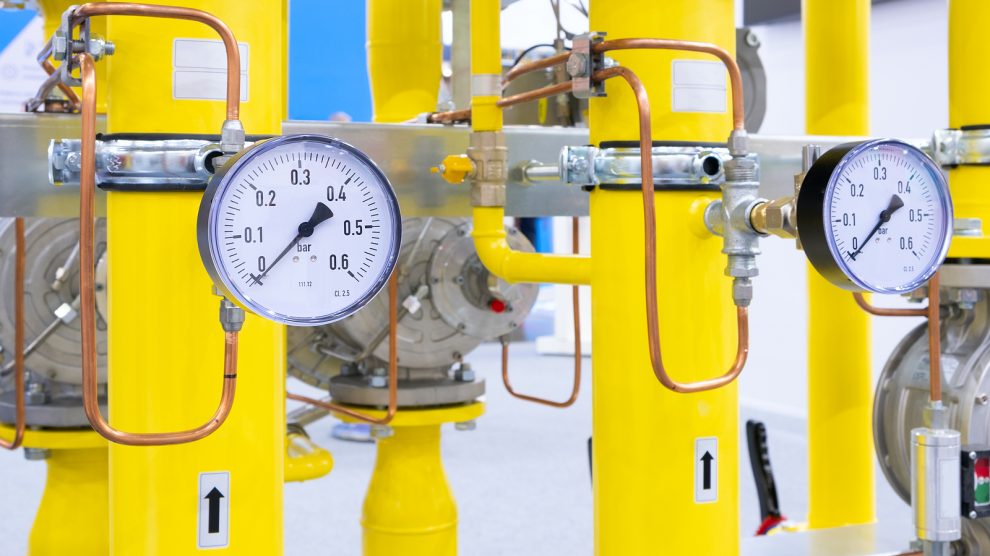 As the EU mulls ending imports of Russian coal, the call for more renewables in the bloc’s energy mix grows louder.

When Lithuania on April 2 announced that it had halted all imports of Russian gas, the country’s president, Gitanas Nausėda, said that the move had been made possible by decisions taken “years ago”.

“[Those decisions] today allow us with no pain to break energy ties with the aggressor,” Nausėda said.

“We are the first EU country to gain independence from Russian gas supplies, and this is the result of a multi-year coherent energy policy and timely infrastructure decisions,” said Kreivys.

In 2014, almost all of Lithuania’s gas came from Russia, but the opening of the LNG terminal at Klaipeda in December of that year quickly changed the Baltic state’s dependence on Russian imports.

Last year, just over a quarter (26 per cent) of Lithuania’s gas supplies came from Russia. Estonia and Latvia have also said that they are not currently importing Russian gas, relying on gas currently in storage in Latvia, but have yet to follow Lithuania in ruling out future imports.

Nevertheless, a plan to build an LNG terminal at Paldiski, close to the Estonian capital Tallinn, which would also supply Latvia and southern Finland, has been revived in recent weeks.

In March, US and the EU announced a major deal on LNG, in an attempt to reduce Europe’s reliance on Russian energy. The agreement will see the US provide the EU with extra gas, equivalent to around 10 per cent of the gas it currently gets from Russia, by the end of the year.

As a whole, the European Union gets around 40 per cent of its gas supplies from Russia, with some countries more reliant on Moscow than others. According to data from the International Energy Agency (IEA), Bulgaria, which currently gets all of its gas from Russia, is the most exposed EU member, but there are several states outside of the bloc, such as Moldova, North Macedonia and Bosnia and Herzegovina, which also rely on Russia for all of their gas.

Bulgaria’s Deputy Prime Minister Asen Vassilev said in March that when Bulgaria’s 10-year deal with Gazprom expires at the end of this year, Sofia intends look elsewhere to meet its gas needs.

“In this situation, there cannot be talks with Gazprom,” Vassilev said. “There are alternatives.”

One of these, the Greece-Bulgaria interconnector, also offers a solution to other Balkan states, should they choose to take it. The interconnector is expected to be operational by September (after a series of delays), and links to the Trans Adriatic Pipeline (TAP), which brings Azerbaijani gas from Greece to Italy.

EU leaders have already pledged to reduce consumption of Russian gas by 66 per cent before the end of this year, and to break the bloc’s dependence on Russian energy by 2027, but pressure is increasing on Brussels to speed up its exit from all Russian fossil fuels. Poland’s Prime Minister Mateusz Morawiecki wants an end to Russian fossil fuel imports by the end of the year. Poland, like Lithuania, has invested heavily in LNG, as well as the Baltic Pipe, which will bring in gas from Norway when complete at the end of this year.

Tellingly, however, Morawiecki said late last month that replacing “very expensive” Russian gas with “very expensive” Norwegian gas was not a long term solution, adding that the development of renewables would be important in securing energy independence. Coming from the EU’s erstwhile renewables laggard, this is important.

On April 5, the EU proposed ending the import of Russian coal as part of a new round of sanctions – worth around four billion euros a year – and that it is “considering” a ban on oil imports from Moscow for a possible sixth round. But there was no mention of gas.

“We are also reflecting on some of the other ideas put forward by member states, including taxes or specific payment channels, such as an escrow account,” said European Commission President Ursula von der Leyen. Estonia’s Prime Minister Kaja Kallas is just one EU leader who has proposed parking payments for Russian fuel in an escrow account to be used for the reconstruction of Ukraine.

But for environmental campaigners, cutting Russia out of Europe’s energy mix should be part of a wider change: speeding up the adoption of renewable energy.

“With EU heads of state considering new measures to cut reliance on Russian fossil fuels, it’s critical to understand the scale of fossil fuel profits Russia continues to receive,” says Kathrin Gutmann, campaign director at Europe Beyond Coal, which has created a counter showing just how much Europe has spent on Russian fossil fuels since the country began its invasion of Ukraine: it’s now well on the way to 30 billion US dollars.

“Coal, oil, and gas are fuelling this war on Ukraine and terrible loss of life,” adds Gutmann. “Europe’s energy transition is as much a necessity for peace as it is for a safe climate. Governments need to commit to immediate and heroic spending on energy savings, and transitioning energy systems to peace-promoting renewable energy sources. A safe and peaceful future for all must be the priority.”

‘Replacing Russia with renewables is a done deal’

Richard Grieveson, an economist at the Vienna Institute of International Economic Studies (wiiw), believes that the greening of Europe’s energy mix is now inevitable.

“The problematic dependence on Russian energy supplies will speed up the green transformation of the economy,” he says. “Replacing Russian oil and gas with renewables in the medium term is a done deal in the EU.”

In the short term, a new report from wiiw suggests that there are some significant low-hanging fruit, like solar panels, and that a lot could be done on the bureaucratic front to make the development of solar energy easier and to speed it up.

The role of individual citizens is also important: EU officials have already suggested that people turn their central heating down by one degree. It is not inconceivable, wiiw believes, that other measures used during the oil shocks of the 1970s could also be resurrected.

This will all require sacrifice on the part of EU citizens. However, against the backdrop of bombed-out maternity hospitals, it hardly qualifies as a great effort.