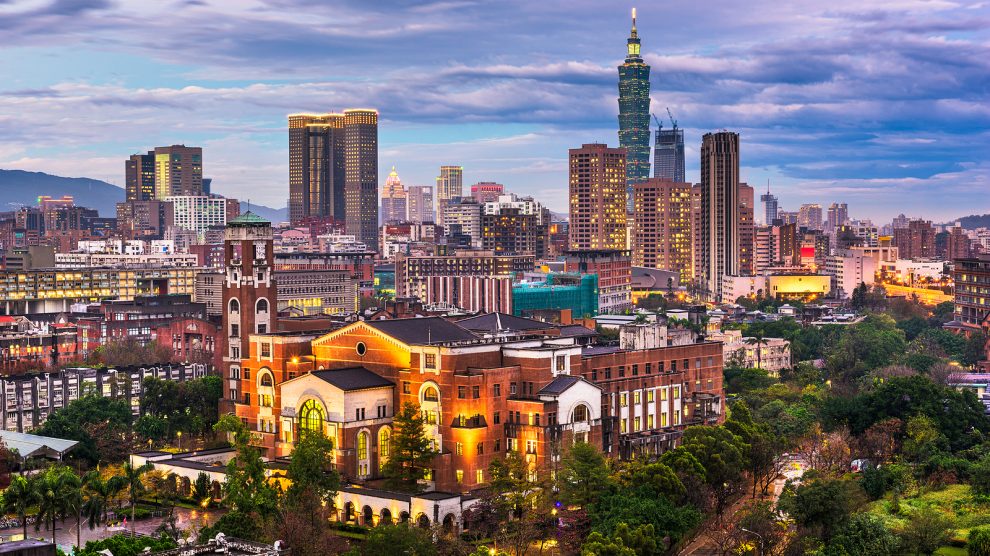 Several countries in Central and Eastern Europe are strengthening their relationship with Taiwan, much to the annoyance of China.

In July, the Lithuanian and Taiwanese foreign ministries announced plans to open de-facto embassies in each other’s capitals, Vilnius and Taipei.

Furthermore, it is said that the Taiwanese delegation in Lithuania will call themselves just that: Taiwan, as opposed to Chinese Taipei – preferred by Beijing – the first such instance in Europe in 18 years.

This latest move comes just a month after the Lithuania quit what it called the “divisive” Chinese 17+1 forum, created in 2012 to promote cooperation between China and Central and Eastern Europe, partly in order to fulfil and electoral promise made by Lithuanian Prime Minister Ingrida Šimonytė to “fight for freedom” in Taiwan.

Foreign minister Gabrielius Landsbergis said the cooperation between Beijing and Lithuania has brought “almost no benefits”.

But Lithuania is not alone in Central and Eastern Europe in stepping up diplomatic activity that is likely to be interpreted as hostile by China.

In September last year, the president of the Czech senate, Miloš Vystrčil, visited Taiwan, sparking a wave of outrage in China for repeating a quote made by then US President John F Kennedy during a Cold War-era visit to West Berlin.

Last week, in response to Czechia donating 30,000 Covid-19 vaccines to the island, Taiwanese President Tsai Ing-wen said that, “this manifests again that Taiwan and Czech are not only firm partners on the path of freedom and democracy, but also that a friend in need is a good friend indeed.”

According to some analysts, including Ter Hsing Cheng, executive director of the Central and Eastern European Centre at Taipei’s Soochow University, the latest diplomatic moves by Czechia and Lithuania signal a clear change in policy.

“The recent deepening of relations between Taiwan and certain countries in Central and Eastern Europe is mainly due to the operational shift of domestic party politics in the latter, in which some emerging political parties and younger generations of politicians have different perceptions of the international situation and neoliberalism under globalisation than international alliances during the Cold War or even the so-called post-communist era,” Cheng tells Emerging Europe.

Indeed, while CEE cooperation with Taiwan can no longer be considered a new development, the nature of the relationship between the two sides appears to have shifted since the early days of post-communism in emerging Europe.

As an already established democracy and one of the so-called Tiger Economies, Taiwan took on a leadership role in post-communist CEE, opening offices in Hungary, Poland and Czechia as early as the mid-1990s.

Now, several countries in the CEE region are in the position to take the diplomatic lead in relations between the two sides, argues Emilian Kavalski, a China-Eurasia relations professor at the University of Nottingham campus in Ningbo, China.

“Like Lithuania, a few CEE states have used their commitment to ‘values-based foreign policy’ to signal their diplomatic stance either to the EU or to the US (or both). In particular, for the EU-member states of the 16/17+1 such signalling also indicates a willingness for more active involvement in Brussels’ policy-formulation on China – which has traditionally been considered the domain of Germany and France,” Kavalski tells Emerging Europe.

“In this respect, Taiwan may offer a viable alternative to China – both because of its perceived diplomatic and economic benefits,” he adds.

Despite the growing sense of relatability between some CEE countries and Taiwan, it appears to many that the small island nation, only recognised as independent by 15 states worldwide, could not offer a realistic business and trade alternative to the world’s second largest economy.

“The harsh reality of power politics might make it difficult for Taiwan to be a viable alternative to their trade relations with China,” Wei-chin Lee, a politics and international affairs professor at Wake Forest University, tells Emerging Europe.

Similarly, Czesław Tubilewicz, politics and international relations lecturer at the University of Adelaide, Australia, tells Emerging Europe that, “It is impossible to say at this stage whether the opening of the office in Taipei would facilitate trade with Taiwan and Taiwanese investment flows to Lithuania. It might do on a limited scale but, due to its small market, Taiwan cannot replace China in any meaningful way.”

However, Tubilewicz also points out that the current levels of Chinese investment in parts of the region remain rather underwhelming, which has played a role in allowing countries to move confidently towards Taiwan.

“In recent years, Beijing’s increasingly repressive domestic politics, suppression of the Hong Kong democratic movement and its interference in Lithuania, coupled with relative insignificance of the China market to Lithuanian economy, created the possibility for the state leadership to rethink the China policy,” he argues.

“The case of Lithuania is symptomatic of a wider trend of the cooling of CEE relations with China, which started well before the Covid-19 pandemic. This trend reflects a general dissatisfaction with the lower-than-expected levels of trade and Chinese investments,” adds Kavalski.

Rudolf Fürst, who was employed at the first Taiwanese diplomatic mission to Prague – the Taipei Economic and Cultural Office – from 1994 to 1995, and is now a researcher at Charles University, Prague, shares a similar view on why Czechia is amongst those countries pursuing close ties to Taiwan.

“In my opinion, Czech-Taiwan economic relations are discussed in the media quite a lot, and in Czech media debates, Taiwan is mentioned almost as an equal or even more relevant investor than China. These narratives reflect the obvious disappointment of the low level of Chinese investments and express favour for the more attractive liberal and democratic Taiwan,” Fürst tells Emerging Europe.

“Economic relations between Taiwan and Czechia are remarkable due to Taiwanese investment – Taiwan is one of the top Asian investors in the country (ahead of Japan and South Korea), mainly as a result of huge investments by Foxconn,” Fürst adds, pointing to the multinational electronics contract manufacturer, which has been a main contributor to Czechia being the fourth largest Taiwanese investment destination in Europe, according to data from the Ministry of Economic Affairs in Taiwan.

Meanwhile, experts in Taiwan tend to recognise the pragmatic reasons as to why countries throughout the whole of Europe maintain strong relations to mainland China.

“Deepening relations with more countries in CEE will not be a straightforward, predictable process. There will be turbulence here and there, aggravated by Beijing, and advancement will be measured and noted in years to come for sure,” Anthony Kim of the Heritage Foundation tells Emerging Europe.

“However, there is no doubt that Taiwan’s bilateral economic relations with Central and Eastern European countries are gradually strengthening, we are constantly completing the signing of bilateral agreements,” Cheng adds.

“The goal is not to create or join a formal group, but to contribute to issue-based discussions that are guided by mutual pragmatic interests that (should) go far beyond any symbolic interactions – whether they may be related to health, technology or economic challenges (potentially all of them). Taiwan is a valuable source for these angles,” concludes Kim.