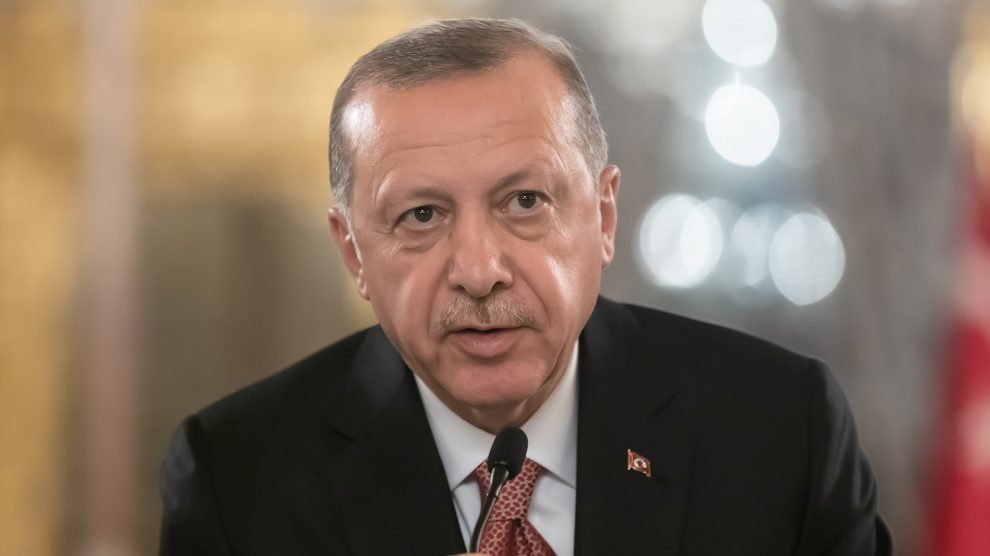 Pan-Turkism is seeing a revival as an increasingly ambitious Turkey asserts its influence in the post-Soviet world, setting off alarm bells in Moscow in particular.

Back in 2019, at the seventh summit of the Turkic Council in Baku, Azerbaijan, Turkish President Recep Tayyip Erdoğan boldly stated that: “We will be most powerful as six states, one nation.”

His words constituted more than a simple recognition of common linguistic and historical heritage: it embodied the ideology underpinning Turkey’s forays into the post-Soviet world over the past three decades.

Pan-Turkism can be defined as the idea that Turkic peoples throughout the world – such as Azeris, Tatars, Kazakhs, Uzbeks and Kyrgyz – constitute a single nation with a shared heritage, and together can create a powerful coalition that challenges the established regional order.

This was the founding idea behind the establishment of the Turkic Council in 2009.

Consisting of Turkey, Azerbaijan, Kazakhstan, Kyrgyzstan and Uzbekistan, it is an international organisation dedicated to fostering greater cooperation and integration between Turkic-speaking countries. Turkmenistan is a likely future member: it was the sixth country referred to by Erdoğan in his statement.

Then there’s Hungary, whose leader Viktor Orbán has supported the theory that Hungarians descend from Turkic-speaking Kipchaks, which participates as an observer state.

Pan-Turkism is often confused with neo-Ottomanism. However, according to Giuliano Bifolchi, founder of ASRIE Analytica, a geopolitical analysis platform, pan-Turkism is specifically catered towards the post-Soviet world, in most of which the Ottoman Empire never had any direct control.

“Neo-Ottomanism is a bit old-fashioned – now pan-Turkism is at the forefront of Turkey’s agenda, with a focus on Central Asia and the Caucasus,” Bifolchi tells Emerging Europe.

Pan-Turkism has been used to spread Turkey’s influence in what has for centuries been very much Russia’s backyard, creating the conditions for a possible confrontation between the two regional powers.

Communists attempted to forge a new type of person in the Soviet Union, rejecting ethno-nationalism and religious identity. The breakup of the Union aborted this project and unleashed a resurgence of cultural awareness throughout the newly independent states.

Azerbaijani journalist Khadija Ismayilova, a frequent critic of the country’s government, wrote about attending a football game in her childhood between the Soviet Union and Turkey. She wrote about her shock when her parents told her that they would be supporting Turkey – because they considered themselves to be Turks, and the Soviets to be a continuation of Russian occupation.

With this new sense of cultural identity, Azerbaijan and the Turkic-speaking states of Central Asia also turned to Turkey for economic ties following independence.

The growing ties between these nations led to the establishment of the Turkic Council in 2009 – prior to that, the states that would come to make up the council had already been regularly participating in joint summits.

Since then, a former Kazakh president, Nursultan Nazarbayev, has floated the idea of a “Turkic Union”, along similar lines to the European Union.

A sense of commonality

Turkey has actively been offering thousands upon thousands of scholarships to students from Central Asia and Azerbaijan to solidify cultural ties. And in 2017, a common textbook on “General Turkic history” was adopted by Azerbaijan, Turkey, Kazakhstan and Kyrgyzstan for middle school aged children, with similar projects planned for other subjects.

“Such sweeping narratives are often full of inconsistencies and historical falsehoods,” says Professor Bruno de Cordier, a historian at University of Gent. “But what is more important is the role they play in political objectives. I think it is clear what such projects intend to accomplish – ideological integration between citizens of Turkic-speaking countries.”

And although Russia still harbours a significant degree of cultural, economic and political influence in the region – especially in Central Asia – according to Giuliano Bifolchi, Turkey can offer something which Russia can’t: a sense of commonality.

“Turkey can offer a common cultural background. It can offer cultural support, the idea that a strong Turkic nation can rule the region, like the NATO of Eurasia, that can counteract both Russia and China.”

This has led to fears in Russia that it may lose much of its influence. The common mistreatment of Central Asian migrant workers in Russia at the hands of the local population does little to endear Russia to these countries, and leads people to believe they have more in common with their religious and linguistic kin.

Turkey’s charge into Central Asia and the Caucasus could also infringe on Russian economic interests. The revival of cooperation between the states in the Turkic Council directly contradicts Russia’s goal of having a Moscow-led axis of cooperation through military and trade integration between former Soviet states.

Two major components of this Russian objective are the Collective Security Treaty Organisation (CSTO) and the Eurasian Economic Union (EAEU). Kazakhstan and Kyrgyzstan are full members of both. Stronger partnerships between the Turkic Council member states in military and economic sectors will undoubtedly undermine the CSTO and EAEU.

Furthermore, a proposed gas pipeline from Turkmenistan to Europe, via Azerbaijan and Turkey, also represents a threat to Russia’s dominance of the European gas market. However, according to Bifolchi, for now, “the pipeline is just an idea – it would depend on several different factors, including how the situation in Afghanistan develops.”

Right now however, it is clear that Russia has a new competitor in the region to add to China.

This sets up a new ‘Great Game’ of sorts for control and influence over the Caucasus and Central Asia between Russia, Turkey and China, each offering their own unique (and often dubious) benefits.

A return to multipolarity has never looked more certain.

Serbian president’s Twitter challenge: Emerging Europe this week
Germany’s Greens might not be able to halt Nord Stream 2, but their impact on CEE will be significant
Comment