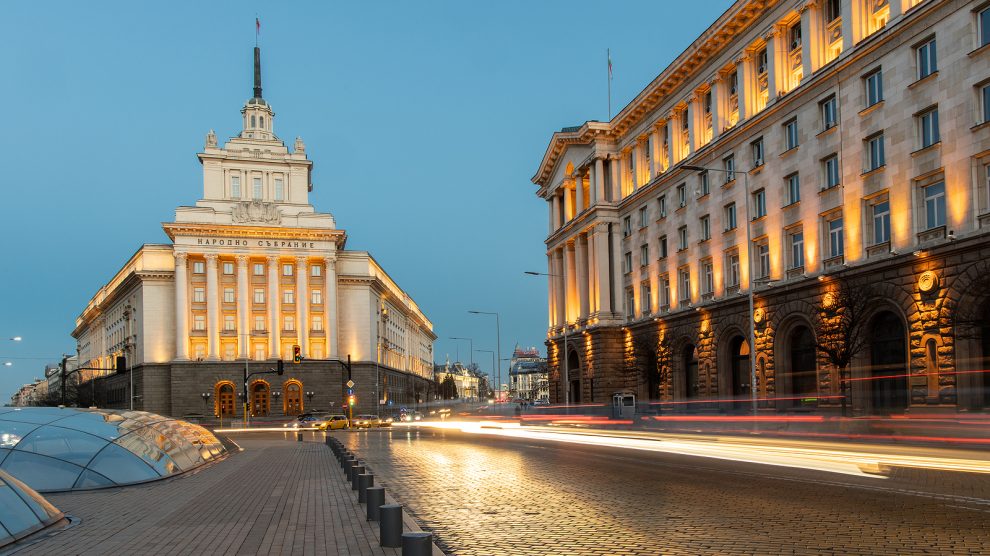 A snap parliamentary election in Bulgaria, set to be held in July, is likely to be as inconclusive as April’s ballot. Unless the country’s largest parties can find a way of working with each other, the current caretaker government might be in office for a while longer.

Prior to the April 2021 parliamentary elections in Bulgaria, one of the biggest questions on everyone’s mind was how well There Is Such A People (ITN), the populist party born out of the anti-government protests of 2020 and 2021, would perform in the polls.

To the surprise of many, ITN outperformed the Socialists (BSP), and as the country heads for another, snap election on July 11, the question now is can ITN outperform the former ruling party, GERB, and form a government.

The BSP looks set to see its vote share drop to just 15 per cent.

Following April’s inconclusive election, GERB found itself without any allies in parliament, and was unable to form cabinet. ITN and BSP, were also offered the chance to form an executive, but refused. This led President Rumen Radev, who has been in a long-term public feud with former Prime Minister Boyko Borissov, to appoint a caretaker government on May 13 and call a new election.

Since taking on the position, the caretaker government has made public previously unknown information about the years of widespread corruption, said to have cost the country billions of euros. Some of the most shocking revelations are linked to the state-owned Bulgarian Development Bank providing loans at significantly lower interest rates than usual to businesses with links to GERB officials.

Borissov has accused the caretaker government of overstepping its jurisdiction, frequently pointing out that its main task is to organise the next election and accusing it of purposefully trying to sabotage all possibilities for the formation of a government.

Meanwhile, President Radev has expressed his hope that the July election will produce a stable government, However, he has also suggested that the caretaker administration could be a longer-term solution.

“The composition of (acting deputy prime minister) Stefan Yanev’s cabinet is a quasi-anti-GERB coalition,” writes political analyst Veselin Stoinev, in a piece for Deutsche Welle Bulgaria. “Radev’s cabinet aims to clear and revise Boyko Borissov’s longstanding rule and has begun to do so with decisive steps since day one. It is through his caretaker government that the president will show the general public what the working model for a new coalition government is.”

However, according to Vasil Tonchev, a sociologist and head of the Bulgarian political research organisation Sova Harris, an extension of the caretaker government’s time in power would further deepen the political crisis in the country.

“It is essential to form a new government… there are dozens of pressing problems in the country that need to be resolved either in parliament or by the cabinet. It would be a very bad sign if a government cannot be formed once again,” he points out.

While most would agree with the assertion, with just over a month left until the elections, there does not seem to be a realistic prospect for the formation of a coalition, and most domestic and international political analysts have thus far restrained from making predictions.

At this point in time, any party receiving a majority of seats appears highly unlikely. Even for a minority government to be formed, there is a need for a consequential change in the outcome compared to April’s elections.

For this reason, one of the biggest issues now is turnout.

Prior to the appointment of the caretaker government in May, newly elected MPs from across the political spectrum introduced reforms to the electoral system, claiming that GERB had been purposefully limiting voting rights and otherwise unlawfully interfering with the vote.

One major change introduced is that all polling stations expected to receive more than 300 voters, in Bulgaria and abroad, are to be equipped with electronic voting machines, intended to improve the process of counting and recording votes and to address accusations that April’s ballots were miscounted in some regions of the country.

Paper ballots will only now be available in extraordinary circumstances.

The limit of 35 polling stations per country outside the EU has also been removed, which will most likely improve turnout in the UK, US, Turkey, and Canada – a development welcomed by the newly formed anti-establishment parties like ITN, Stand Up! Mafia Out!, and Democratic Bulgaria (DB).

There are now more than 600 polling stations registered outside of the country, an increase from the already record-high 465 in April.

The law which limited the number of polling stations abroad was first put in place in 2016 by the United Patriots party with the explicit purpose of limiting voting rights for the estimated 269,000 Bulgarian citizens living in Turkey, but who are largely not ethnic Bulgarians.

However, DPS is another party with which ITN has stated it will not form a coalition given that it has been linked to a number of corruption scandals.

Despite the reforms, not all impediments to a high turnout have been removed.

While those quarantining due to testing positive for Covid-19 or those arriving from abroad will have access to mobile ballot boxes, and temperature checks will be being carried out at all polling stations, this does not guarantee that carriers will not be able to show up at a polling station, putting others at risk of contracting the virus.

This has been offered as one explanation for the unusually low turnout amongst elderly citizens in April. Those aged over 65 makeup almost 35 per cent of all Bulgarian citizens, further contributing to the plummeting support for traditional parties such as GERB and even more so the BSP.

For many, the obvious solution to the obstacles faced by those living abroad, the elderly, and other groups facing problems voting would be the introduction of postal voting or another form of remote voting. However, the notion has been rejected as unworkable in such a short time frame.