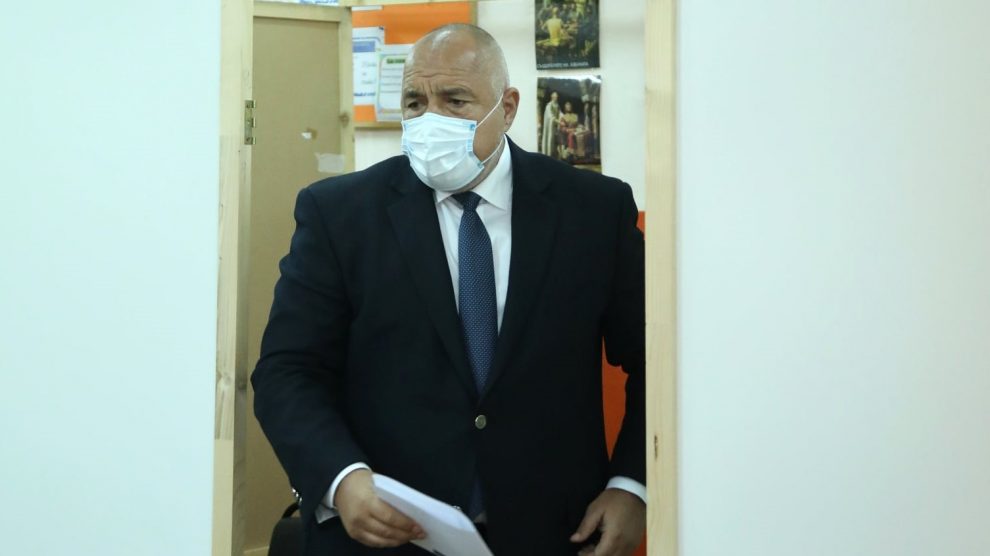 Bulgaria’s ruling party, the Citizens for the European Development of Bulgaria, better known by its Bulgarian acronym, GERB, has won a parliamentary election, taking 25.2 per cent of the vote.

Turnout in the election, dominated by the the government’s handling of the Covid-19 pandemic and the fight against corruption, was just over 44 per cent.

GERB’s share of the vote is well down on the more than 33 per cent it received four years ago, and the emergence of several new, populist parties, as well as the poor showing of his current coalition partners, means that GERB’s leader and the current Bulgarian prime minister Boyko Borissov may have difficulty in forming a new government.

One of GERB’s current coalition partners, the United Patriots, itself an alliance of two separate parties (the Volya Movement and the National Front for the Salvation of Bulgaria) looks set to lose all of its 21 seats, having missed out on entering parliament completely by attracting just 2.7 per cent of the vote, well short of the four per cent parliamentary threshold.

It is also touch and go whether another coalition partner, the staunchly nationalist VMRO, will enter parliament: it is projected to receive four per cent of the vote, but its parliamentary status will not be known until all the votes have been counted.

The largest of the populist parties is the upstart There Is Such A People party, led by a musician and TV star, Slavi Trifonov, and named after one of Trifonov’s albums.

The party looks set for around 17. 1 per cent of the vote, which will make it the second-largest political force in parliament. During the election campaign its leader repeatedly stated that he would not work with Mr Borissov.

The erstwhile largest opposition grouping, the Socialists took around 15.7 of the vote, well down on the 27.2 per cent it took in 2017.

The centrist Movement for Rights and Freedoms, which draws its support primarily from Bulgaria’s Muslim minority, will likely be kingmaker, having taken more than 10.7 per cent of the vote. It has long been officially opposed to Mr Borissov, although may be willing to work with GERB should the current PM agree to stand down.

Also entering what will be one of the most fragmented parliaments in Bulgaria’s recent history is the Democratic Bulgaria party, another populist outfit which campaigned on an anti-corruption platform and grew in strength throughout 2020 off the back of widespread anti-graft protests that took place across the country and ate into support for Mr Borissov, who has also been accused of mishandling the Covid-19 pandemic.

The party took almost 10 per cent of the vote and its leader, Hristo Ivanov, said: “We are seeing the emergence of a new Bulgaria, one where Borissov can continue to win elections with his huge administrative and financial resources, but cannot hold on to power.”

Another anti-corruption party, Stand Up! Mafia Out!, will also enter parliament with just over five per cent of the vote.

Borissov himself suggested shortly after counting of the votes began that a technocrat government would be the way forward, calling on all opposition parties to put forward “experts” to assist in the fight against the Covid-19 pandemic that has hit the country’s tourism-reliant economy hard.

“Enjoy the results for a day or two, then think about my proposal. We need stability,” said the prime minister in a video addressed streamed on Facebook.

“Let’s see if we can unite for the good of the country,” he added, saying that such a technocrat government could rule until the end of the year.

Bulgaria, which has a population of around 6.7 million people, is currently recording an average of more than 3,500 new cases of Covid-19 each day, the highest number since the beginning of the pandemic.

Its vaccine roll-out programme has so far been slow. The country has given at least one dose of a vaccine to just 7.23 per cent of the population, the lowest level in the European Union.

Does Russia’s military build-up mean war with Ukraine is imminent?
Inside the Russian takeover of Belarus: Elsewhere in emerging Europe
Comment