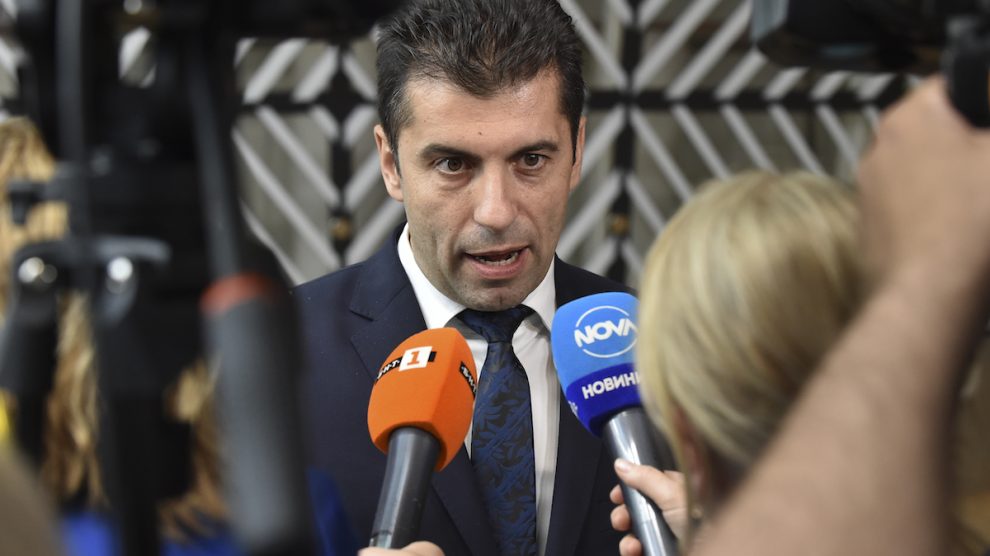 Bulgaria’s prime minister Kiril Petkov has lost his majority in parliament after just six months in office, threatening another summer of political upheaval in a country that held no fewer than three parliamentary elections last year.

Bulgaria’s air defences were placed on high alert on Wednesday when an unidentified plane, which had apparently taken off from Hungary before flying over Slovakia, Poland, Romania, and Serbia, entered Bulgarian airspace.

The plane, which had no flightplan, was later found on the runway of an airport near Bulgaria’s Black Sea coast, its engines still warm. Its pilot and any other crew members however had disappeared.

A search for the pilot is now underway and the prosecutor’s office in Varna has opened an investigation into the incident.

Also disappearing on Wednesday in Bulgaria, and placing the country’s politicians on high alert, was the populist There is Such a People (ITN) party, which quit the governing coalition over disagreements on spending and whether Bulgaria should back North Macedonia’s European Union accession.

Its disappearing act leaves the government of Kiril Petkov, which took office only in December 2021, without a majority in the Bulgarian parliament.

Petkov nevertheless believes that his Continue the Change party (PP) and its two remaining coalition partners, the Bulgarian Socialist party and Democratic Bulgaria, can still deliver on their campaign pledge to eradicate corruption.

Without ITN however, the government can now muster just 109 votes in the 240-seat parliament, well short of the 121 needed to pass legislation, and there is a risk that the country could soon return to the deadlock of 2021, a year in which Bulgaria held no fewer than three parliamentary elections.

That political crisis only came to an end when Petkov was sworn in as prime minister. It’s worth noting that Petkov’s party, which won the country’s third election of the year in November, did not even exist when Bulgaria held inconclusive elections in April and July.

ITN’s leader, Slavi Trifonov, a former talk show host and singer, has accused Petkov of leading Bulgaria towards bankruptcy by raising new debt and proposing to revise the state budget.

Trifonov has also claimed that the prime minister has ignored Bulgaria’s national interests by making concessions to neighbouring North Macedonia.

Bulgaria has been blocking the start of accession talks between North Macedonia and the European Union since November 2020 over several disputes, primarily language and minority rights. In short, Bulgaria objects to the notion that the Macedonian language is separate from Bulgarian, insisting it is a “dialect”. Sofia also wants Skopje to make amendments to its constitution that would protect the rights of the Bulgarian minority living in North Macedonia.

In turn, Petkov has accused ITN of obstructing the reform of the country’s anti-corruption commission and sabotaging the election of Interior Minister Boyko Rashkov as its head.

On Thursday, Petkov also rejected the ITN accusation that he was “soft” on the North Macedonia issue.

Speaking after a meeting with EU Enlargement Commissioner Olivér Várhelyi, Petkov said that he had “clear conditions” that would need to be met before it lifts its veto, and that, “we are working together to see if it would be possible for the EU to be a guarantor for these conditions”.

For now, however, the North Macedonia question will be less important for Petkov than clinging on to his job.

GERB, the centre-right party which dominated Bulgarian politics for a decade before it was removed from office in April 2021 following repeated corruption scandals, has already called for a vote of no confidence in the government.

Petkov is hopeful that some ITN MPs will continue to back him. Whether enough will do so remains to be seen. Should the government fall, another summer of political turmoil awaits, with North Macedonia – and Albania, whose own EU aspirations are being held up by the Bulgarian veto – collateral victims.

Photo: Kiril Petkov at a European Council meeting in May. © European Union

The language of the enemy: Elsewhere in emerging Europe
Battle for Sievierodonetsk: Emerging Europe this week
Comment