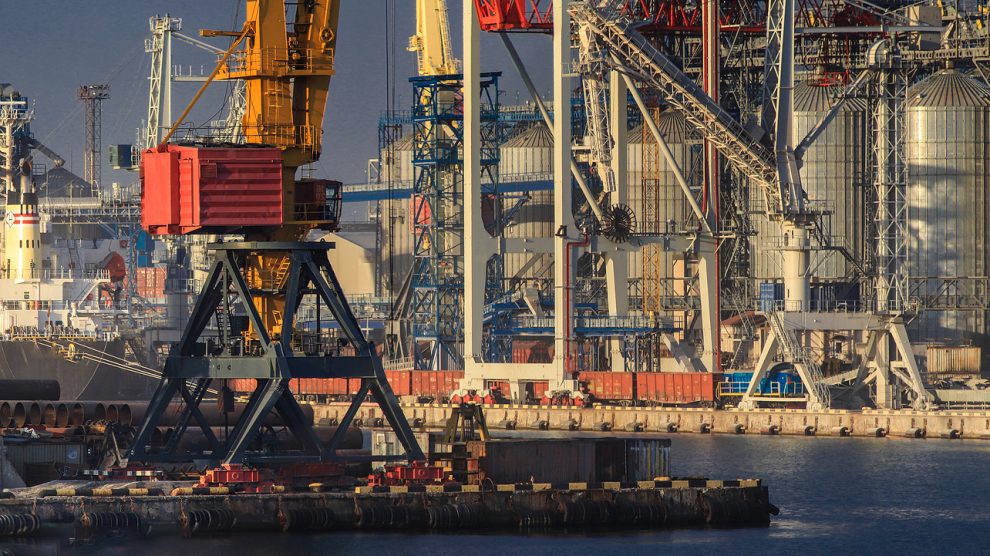 A deal that would allow Ukraine to resume exports of grain is essential for hundreds of millions of people in developing nations, including in sub-Sarahan Africa.

The UN’s secretary general, António Guterres, has issued a new warning about the consequences for the world of Russia’s invasion of Ukraine, saying that it “threatens to unleash an unprecedented wave of hunger and destitution, leaving social and economic chaos in its wake”.

Russia has seized several key ports in Ukraine since the invasion began on February 24 while its warships control the Black and Azov Seas, blocking Ukrainian exports and driving up the cost of grain across the world.

Guterres spoke after talks in Ankara on June 8 failed to reach a solution that would unblock the shipment of grain.

Russia is demanding the lifting of economic sanctions in return for allowing safe passage for Ukrainian exports.

“A deal to allow Ukrainian food exports is essential for hundreds of millions of people in developing countries, including in sub-Saharan Africa”, said Guterres.

According to a new UN report, the number of severely food insecure people doubled from 135 million prior to the Covid-19 pandemic, to 276 million over just two years. The ripple effects of Russia’s war on Ukraine could push this number to 323 million.

The report makes clear that the war’s impact on food security, energy and finance is systemic, severe, and speeding up, the UN Secretary-General said.

Although ending the deadly and devastating conflict is the only way to stop the “gathering storm”, the UN chief called for immediate action on two fronts: stabilising global food and energy markets and supporting poorer countries in the crisis.

“Ukraine’s food production, and the food and fertiliser produced by Russia, must be brought back into world markets – despite the war,” he said.

Russia and Turkey have proposed a “safe corridor” in the Black Sea to allow Ukrainian grain exports, but Kyiv has rejected the proposal, saying it is not credible. The European Union meanwhile has accused Moscow of “weaponising” food supplies to gain an advantage in the war.

“Turkey doesn’t have enough power in the Black Sea to guarantee security of cargo and Ukrainian ports,” according to Serhiy Ivashchenko, who leads an organisation of Ukrainian grain exporters. He added that it would take three to four months to remove mines from the Black Sea.

Cem Özdemir, the German agriculture minister and a Green party member, has for months been looking with the EU at train routes through Poland and Belarus to Baltic ports, but Ukrainian estimates suggest that only 20 per cent of the exports Kyiv normally sent through the Black Sea ports by ship could ever be transported by rail to the Baltic ports.

Kyiv has also stepped up efforts to ship via the Romanian Black Sea port of Constanta. But as of mid-May, only about 240,000 tonnes of grain – or one per cent of the volume stuck in Ukraine – had passed through.

Rerouting grain to Romania involves transporting it by rail to ports on the Danube and loading cargoes onto barges for sailing towards Constanta, a complex and costly process.

Bulgaria has also offered to help Ukraine ship grain through its port of Varna.

Ukrainian President Volodymyr Zelensky met with Bulgaria’s Prime Minister Kiril Petkov in early May, and the two governments subsequently reached an agreement on the use of Varna as a logistics hub for the export of Ukrainian grain. The Sofia government has pledged to upgrade infrastructure at Varna to increase capacity.

Kyiv needs to export 20 million tonnes of grain in the next three months or some crops will rot with nowhere to store them after August’s harvest.

US Secretary of State Antony Blinken this week said that there were “credible reports” of Russia “pilfering” Ukraine’s grain exports to sell for profit. Blinken said the alleged theft was part of broader Russian actions during its war in Ukraine that have hit Ukraine’s ability to export its wheat crop.