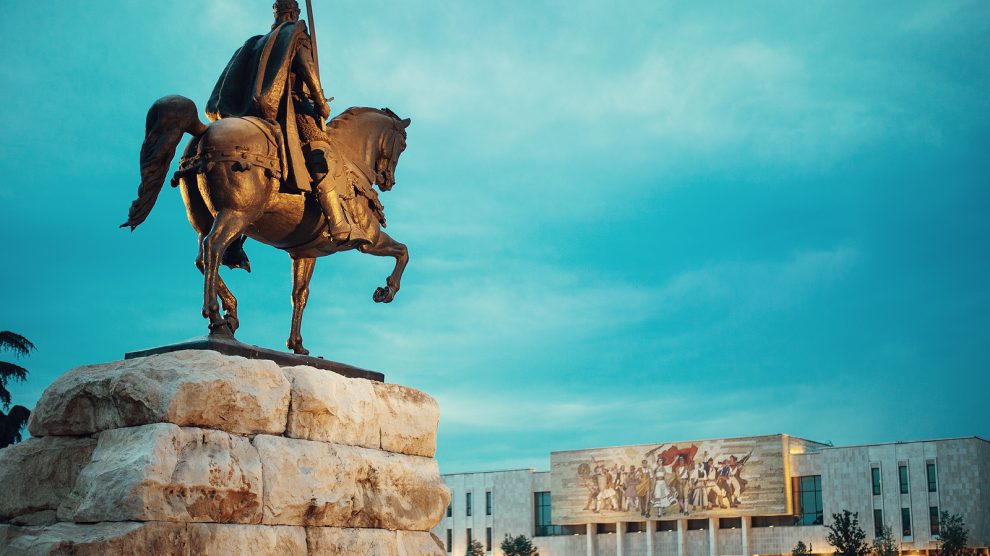 Since 2020, Bulgaria has been vetoing the start of North Macedonia’s EU accession talks. Albania, a country with strong and widespread support for EU integration, has been caught in the crossfire.

Relations between North Macedonia and Bulgaria hit a new low last year, when their longstanding dispute over language and national identity resulted in Sofia vetoing the start of Skopje’s EU accession talks.

This impacts Albania, too, whose path to the EU has long been twinned with that of North Macedonia. Although there has been some talk of the EU decoupling Albania from its neighbour, the EU does not yet seem willing to take such a drastic step.

“Albania and North Macedonia are linked because both are EU candidates at similar stages of the accession process,” explains Edward P. Joseph, senior fellow at the Foreign Policy Institute at Johns Hopkins School of Advanced International Studies.

Currently, progress for both is at a standstill. Bulgaria’s caretaker government (the country has been without a permanent administration for months) has said it will maintain its veto, with the EU seemingly unable to persuade it otherwise.

Sofia also wants Skopje to recognise what it claims are the “Bulgarian origins” of the Macedonian nation.

‘For once it’s not Albania’s fault’

“It’s clear now that the ball is in the EU’s court,” says Gledis Gjipali, executive director of the European Movement in Albania. “For the first time in two decades of EU integration the lack of progress is not Albania’s fault. But there is an increased risk of slowing down the pace of reforms.”

According to many analysts and political commentators, it’s not just Albania’s and North Macedonia’s accession that’s on the line. Trust in the European Union itself and its institutions is being eroded.

“Support towards EU is still very strong in [Albania] but in political circles there is an increase in scepticism towards the power of the EU to deliver,” Gjipali says.

“The EU backtracking on a promise and commitment made to Western Balkans countries – most of which have made painful compromises to join – is damaging for our countries and for the EU itself.”

And, as Vlad Davidiuk, a political analyst based in the US, notes, the situation right now is favourable for China and Russia to increase their influence and strengthen their positions in the Western Balkan region.

“The delay in starting accession talks with [Albania and North Macedonia] is likely to be exploited by Russia and China, further boosting euroscepticism,” he tells Emerging Europe.

Albania to go it alone?

While decoupling Albania from North Macedonia is a potential solution to one problem, it risks creating another,

“Doing so would relieve pressure on both the EU – and Bulgaria – to overcome Sofia’s unilateral veto which is against EU values and protocol. It would leave North Macedonia isolated as a ‘smaller problem’ that Brussels could let fester,” Edward P. Joseph explains.

But he adds that it would be an additional source of imbalance and irritation for ethnic Albanians in North Macedonia, who have shown “remarkable forbearance” in seeing their NATO and EU aspirations blocked by hostility from their neighbours – first Greece and now Bulgaria.

There are other reasons for the standstill too, according to Joseph.

He points out that some EU members who oppose enlargement are happy to let Bulgaria stand in the way of Albania and North Macedonia (and the rest of the Western Balkans).

“Also, the EU is congenitally weak and unable to deal with recalcitrant members,” he explains. “It’s important to remember that Bulgaria’s position is not an expression of EU member state sovereignty; it is a violation of EU protocol wherein bilateral disputes are not to be imported into the EU accession process.”

Support for EU accession in Albania is still high. A poll from last year found that up to 97 per cent of Albanians want their country to join the EU. But Joseph warns that could change if the blockage persists.

“It’s logical – and proven by surveys around the region – that if you continuously ‘bait and switch’ that citizens will lose interest,” he concludes.