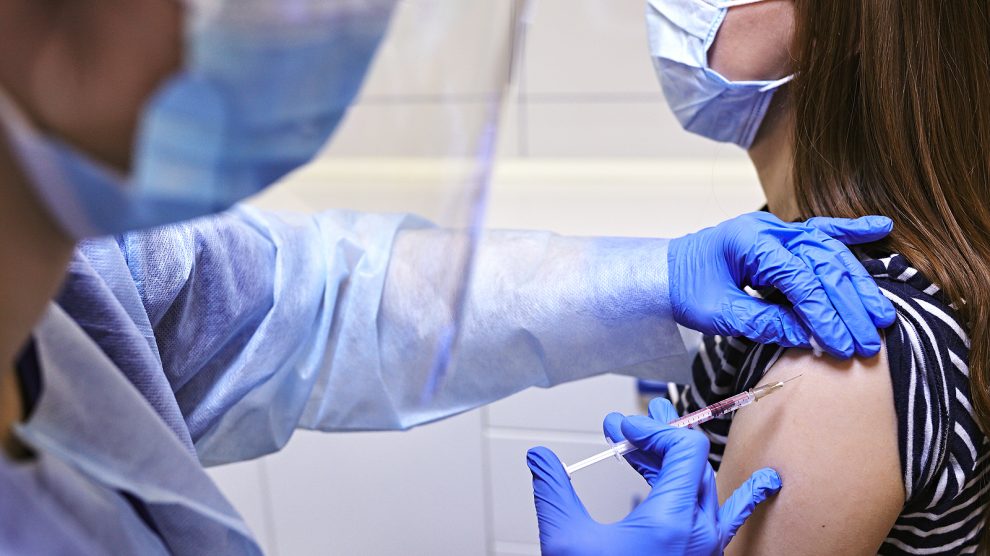 Serbia is offering cash payments to people who get a Covid-19 jab by May 31 in order boost its faltering immunisation drive.

Unlike other countries in the Western Balkans, Serbia has fully embraced the concept of cash handouts – known locally as “helicopter money” – as a way to solve the economic downturn brought about by the restrictive measures necessary to contain the ongoing Covid-19 pandemic.

Derided by some economists as wasteful, the country is nevertheless pressing on. The latest in the series of governmental stimuli is a payment of 3,000 Serbian dinars (around 25.50 euros), offered to anyone over the age of 16 who gets jabbed by May 31.

Last year, every Serbian citizen over the age of 18 received 100 euros from the state. This year, government support is less generous. Serbians who apply for will receive 30 euros in May and another 30 euros in November. Pensioners can look forward to an extra 50 euros, to be paid out by the year’s end.

Serbia’s Covid-19 vaccine roll-out has been impressive, but has faltered in recent weeks. The country started its mass immunisation campaign well before its neighbours, in December 2020. Early in the pandemic, the Serbian government decided to not rely solely on the global COVAX facility but to seek out alternative sources of vaccines, including the Chinese Sinopharm and the Russian Sputnik V jabs.

Serbia in principle offers its citizens a choice as to which vaccine they receive, but due to availability, most were vaccinated with the Chinese jab.

As of May 5 – the most recent data available – some 3,661,516 doses of various vaccines had been administered, and 1,604,760 people have received both doses. This in a country with a population of seven million people.

But of late, the rate of vaccination has fallen. Authorities are now hoping that the offer of 3,000 Serbian dinars will pick up the pace.

“We want to motivate people to get vaccinated so we can get back to normal life as soon as possible,” says finance minister Siniša Mali.

It is still too soon to tell if the incentive will have any affect: the payments were announced on May 5, and the actual money will only be paid out from June 12.

But the popularity of other stimulus measures may be an indicator that paying people to get jabbed has its merits. According to an Instagram post by the Serbian Ministry of Finance, more than 3.5 million people had applied for the payment by May 7.

Last weekend, hundreds of people poured into the Ušće shopping mall in Belgrade where a drop-in centre was organised for people to be jabbed without having to make a prior appointment. Deputy Mayor Goran Vesić was present along with turbo-folk singer Jelena Karleuša who, seemingly reversing her previous anti-vaccine stance, decided to be vaccinated in full public view.

More importantly, perhaps, there were shopping vouchers for those who showed up early, financed by the city government.

Not everyone is happy with all this helicopter money, however. While the European Bank for Reconstruction and Development and the International Labour Organisation both last year praised Serbia’s stimulus policies, the country’s fiscal council, an independent governmental organisation, came out against the measures.

They did so again on May 5, saying that “non-selective distribution of funds to all of age citizens or pensioners is a bad economic measure that should be permanently abandoned.”

They add that, put together, the stimuli from last year and this will amount to over one billion euros: money that the government has had to borrow.

According to the fiscal council, the money might have better spent investing in infrastructure and other projects that have the potential to impact inequality and living standards in the long run.