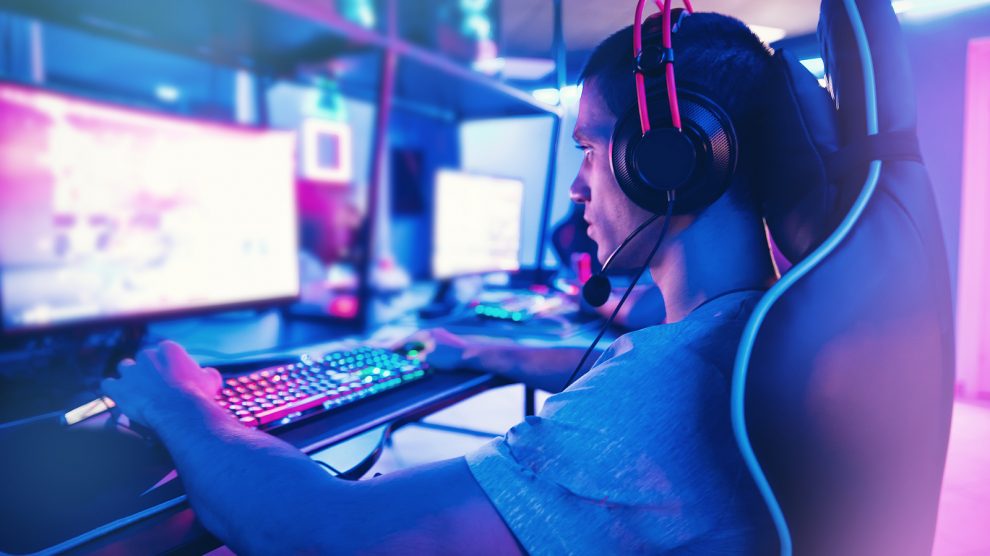 In Poland, gaming has become a national brand. Is Serbia about to follow suit?

It’s been a good year for the Serbian video game industry, according to the most recent industry report published by the Serbian Games Association (SGA).

Not only did the industry in this Western Balkans country achieve record revenues of 120 million euros, but other important factors like the number of development teams, their funding, and participation of women are all looking good. Video games made in Serbia have now been downloaded and purchased more than 350 million times.

“Watching the development of the game-making scene over the last few years is nothing short of amazing. From maybe three companies making games a decade ago, it very quickly it became dozens, to over 100 today,” says Miloš Đuričanin, impact strategist at Nordeus, one of the biggest gaming companies in Serbia.

Over the last year Serbian development teams have published 41 games and the industry now employs more than 2,100 people, about a third of whom are women. Following contemporary trends in the video game market, the majority (40 per cent) of titles coming out of Serbia are on mobile platforms.

Nino Rajačić, co-owner of Foxy Voxel, whose building simulation game, Going Medieval is set to be released on July 1 on the Steam platform, says that the recent successes of the Serbian gaming industry are great news.

Development is the right word for what is happening in Serbia. From a country with few developers whose games represented curiosities on the international market the industry has developed into a real presence. Games from Serbia are getting noticed more and more.

“Serbia is in a growth period that is very exciting, and being part of that makes us extremely proud, but inspired to see what the future holds,” says Mr Đuričanin.

In 2015, Stygian Software published Underrail, a role playing game (RPG) inspired by 1990s PC classics such as Fallout and Baldur’s Gate. The game has been a hit with niche audiences who still enjoy an old school take on RPGs.

More recently, Belgrade-based Ebb Software scored a deal with none other than Microsoft. Its upcoming H.R. Giger-inspired first person shooter, Scorn will be exclusive to the Xbox Series X line of consoles and was shown off last year during the Microsoft Inside Xbox event.

Then there is Nordeus, whose flagship Top Eleven football management simulation is available on Facebook, web, and mobile. In 2020, the game reached 220 million total lifetime registered users, proving its enduring popularity ten years after its original release.

Is Serbia heading for Polish-style levels of success?

While the Serbian market is still young, having gotten off to a somewhat later start than the most successful gaming market in emerging Europe — Poland — there are clear signs that it’s headed in the same direction.

One of the best indicators of a maturing industry is the market differentiation between participants. In Serbia, according to SGA data, the majority of companies (62 per cent) are working on original intellectual properties. But there is also a bourgeoning service and outsourcing sector. Ten per cent of the market is represented by service companies, while another ten per cent goes to outsourcing companies.

Foreign firms have started eyeing the market too. In 2016 the French giant Ubisoft opened a studio in Belgrade, with the team working on such high-value titles as third person shooter Tom Clancy’s Ghost Recon: Wildlands, driving game The Crew 2, and the winter sports simulation Steep’s expansion Road to the Olympics.

In 2019 Epic Games, the American developer and publisher behind the FPS cult hit Unreal and the recent popular e-sports obsession Fortnite, acquired Novi Sad-based digital effects and animation studio 3lateral – known for its groundbreaking facial digitalisation technology. 3lateral has contributed to such critically acclaimed and bestselling games as Until Dawn, Marvel’s Spider-Man, Hellblade, and Devil May Cry 5.

But, as with any emerging market, the Serbian gaming industry is not without obstacles and challenges.

“The main problem is in the lack of systemic solutions and support from the government,” says Mr Rajačić. “While some issues have been solved such as the Google Merchant Account and the Serbian iOS store, there are still issues around double taxation, which significantly lowers income and makes functioning difficult for studios both big and small.”

The SGA reports also highlights the tax issue as a problem, as well as the fact that the three main console manufacturers — Sony, Microsoft, and Nintendo, have not yet entered the Serbian market in an official capacity.

Still, Mr Đuričanin is optimistic about how things are unfolding.

“Our industry is now on the radar of both the decision makers locally, and the public,” he explains. “The fast-improving environment for game developers, and the growth of the ecosystem is attracting foreign investors, who bring in financial support and opportunities for local growth. Universities are also now creating new curricula that will breed new generations of gaming professionals in the years to come.”

He adds that the main task facing the industry now is to stay focused on ecosystem development and empowerment of the gaming community.

“The founding companies of the SGA are at the forefront of this change, and the more responsibility they are taking, not only for their companies, but for the future of the industry, and talent development, the faster we will put Serbia on the global map of gaming,” Mr Đuričanin says.

“The money will come, and is already here. Our primary goal for the next five years is to improve incubation and acceleration processes, together with education and talent development. We are building a system that will boost the creation of new founders, and give them mentorship support to develop products and businesses.”

To this effect, the SGA has already started several projects. One of them is Shift 2 Games, aimed at attracting talent to the industry from sectors that may not necessarily be seen as connected to the gaming industry. Given the strong interdisciplinary nature of game development — which requires programmers, artists, but also maths and physics experts – it’s a project that makes sense.

Additionally, the SGA is running a mentorship programme with the goal of horizontal knowledge transfer between its members. The SGA has also started a job seeking platform — SGA Jobs — to help companies source talent.

Mr Rajačić says that more support from the government is still needed, however.

“It’s key to find ways to educate and keep talent in Serbia as well as attracting new talent. The SGA has been working diligently on that for the past few years, but for better results, more concrete support from the government is necessary,” he says.

“Poland is much bigger than Serbia but has also for years built its gaming industry as a national brand. We can learn a lot from them.”

While it’s too early to tell how the Serbian gaming industry will develop in the future, and when it will reach the same level as that seen in Poland, it definitely seems to be on the right track.

“Our practical and technical education for programmers in Serbia is great, and is the primary reason why the game making scene managed to take off so quickly,” Mr Đuričanin says.

Foreign investment coming to the country is also a good sign.

“We predict this will only increase and strengthen our position,” Mr Đuričanin adds.

“This is a sign of the potential and success of our local market, and it is really starting to put Serbia on the global map of gaming.”

Why fining the Canadian owners of a gold mine could hit Kyrgyzstan hard
Made in Emerging Europe: Houston, Launchpad Capital, Bolt, DappRadar
Comment