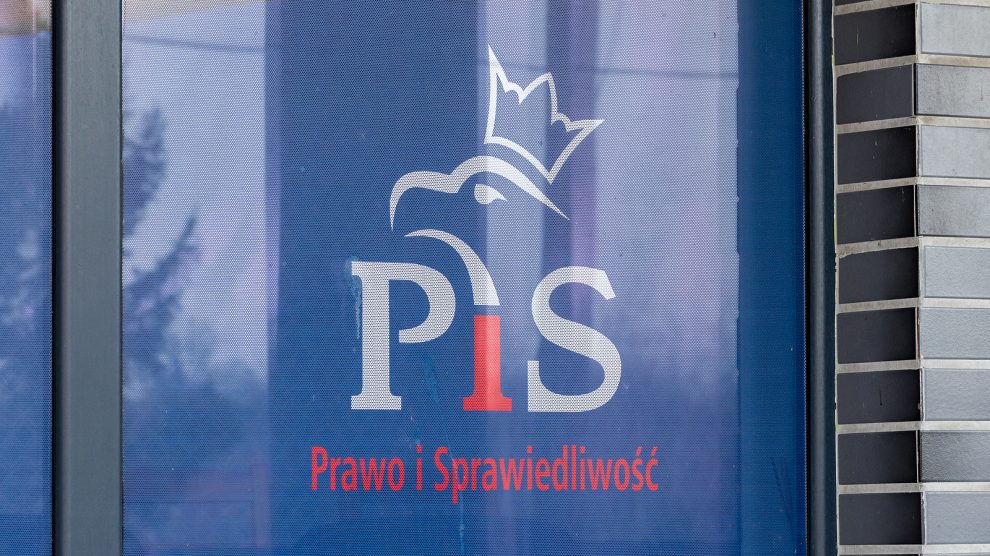 A key bill ratifying the EU’s Covid-19 recovery fund passed through the lower house of Poland’s parliament only with the support of a centre-left political alliance.

Poland’s three-pronged Left (Lewica) last week it threw its weight – a not insignificant 47 seats in the 460-seat lower house of parliament (Sejm) – behind the ruling coalition led by the right-wing Law and Justice (PiS) party.

The move scuppered opposition hopes of engineering the fall of Poland’s government and forcing early elections.

The Left’s votes got a bill ratifying the EU’s 672.5 billion euros Recovery and Resilience Facility over the line after a junior member of the ruling coalition — United Poland (SP) — refused to support it. MPs of PSL-Koalicja Polska and Polska 2050 also voted in favour of the bill.

Poland is expected to receive 58.1 billion euros, of which 23.9 billion euros will be in grants and 34.2 billion in loans euros from the EU’s recovery fund.

SP has, it seems, started its campaign for the 2023 general election by attempting to out-PiS PiS by doubling down on anti-EU rhetoric. It is projecting itself as the true vanguard of the PiS revolution.

Warsaw’s spending plans are laid out in Poland’s National Reconstruction Plan (KPO), which has been sent to the European Commission for approval and is set to be a central element in PiS’s campaigns for national and local elections in 2023.

The Left said it had supported the fund in return for spending promises from the government. This, it said, guarantees Poland a new “Marshall Plan”.

“If the fund falls through, it will be a victory for Europe’s enemies, also present in this chamber,” said one of the Left’s leaders, Adrian Zandberg.

“One of the conditions of [our] support for the government is building 75,000 apartments for rent. We have also negotiated 850 million euros to support local hospitals [and that] local governments would decide how to spend 30 per cent of recovery fund money,” another of the Left’s leaders, MEP Robert Biedroń, told reporters. Biedroń also said that 300 million euros would go to support restaurateurs and hoteliers hard hit by Covid-19 lockdowns.

“The Left decided it can gain more from allying itself with PiS than from remaining a junior partner in the anti-PiS coalition,” the journalist Konstanty Gebert tells Emerging Europe.

“It can now claim it has extracted from the government genuine guarantees of a fair distribution of EU funds, and additional social concessions, while the liberals remain powerless and shambolic,” he says.

“But the guarantees are still dependent on PiS goodwill, and the concessions, such as social housing, are only a part of PiS’s earlier, and still unrealised electoral promises.”

But the Left has decided it has more in common with PiS (social sensitivity) than with the opposition (democracy and rule of law), Gebert adds.

“Backlash from its electoral base may be tough, but given the fact that it cannot easily fluctuate either to PiS or to the liberals, where else would these votes go?” Gebert says.

The Left felt that its supporters would simply not understand why it had voted against this, Aleks Szczerbiak, a professor of politics at the University of Sussex, tells Emerging Europe. “Civic Platform’s and the Peasant party’s argument that these funds would be misused by PiS unless monitoring mechanisms were put in place – and making such mechanisms a condition of their support – simply cut no ice with most Poles and even among their own supporters.”

“Most Poles believe that all parties, through their control of national and local government, use EU funds – and other public funds more generally – as sources of patronage and to benefit their supporters. They do not see the opposition as being any different and would not, for example, see greater input from local government (where Civic Platform enjoys considerable influence) in the EU fund allocation process as really changing this in any significant way,” he says.

From a broader strategic perspective the vote was an opportunity for the Left to differentiate itself from the liberal-centrist opposition, led by Civic Platform (PO), Szczerbiak believes. “The Left feels that it has no long-term future if it simply operates in the political shadow of PO as long as the main issue axis remains attitudes towards the PiS government.”

While such a ‘plebiscitary’ logic dominates Polish politics, government opponents will simply vote for whichever is the largest opposition party most likely to defeat PiS – which is not the ‘Left’.

This attempt at differentiation by the ‘Left’ was partly through its ability to present itself as a constructive, rather than
‘total’ opposition, Szczerbiak adds. “But it was also to try and shift the axis of left-right political competition onto socio-economic issues, given that much of the EU funding would, it is hoped, be used for state-led infrastructure projects and to improve public services.”

“A big part of the left’s problem is that less well-off voters who favour more state intervention in the economy – and should, therefore, be part of its natural electoral constituency – tend to support right-wing parties like PiS because they are also quite socially conservative – whereas the political left is associated with social liberalism on moral-cultural issues (and many of these voters also tend to economically liberal too).”

The Left feels that by shifting debate to socio-economic issues in this way it can not only differentiate itself from the liberal opposition parties but it can also potentially outflank Law and Justice on the (economic) left.

A good example of how uncomfortable Law and Justice feels when it comes under attack from the economic left in this way was seen when Together leader Adrian Zandberg got under Prime Minister Mariusz Morawiecki’s skin in 2019 debate by focusing on the poor state of public services and how, in spite of the huge fiscal transfers, the Polish welfare state was still ineffective.

Meanwhile, behind the scenes

Just three weeks ago, there was no sign of an agreement between the Left and the government. “We do not believe PiS,” said another of the Left’s three leaders, Włodzimierz Czarzasty, on April 14. He promised to “hold Law and Justice by the throat.”

The weekly Newsweek has reported that the Left’s decision to vote with PiS was in fact made in the office of former president, Aleksander Kwasniewski. A few days before a meeting of Left leaders with Prime Minister Morawiecki, Czarzasty, Biedroń and Zandberg had – the weekly reported – sat at a table with the former president.

Barbara Nowacka, writing on the popular website Onet Opinions, notes that from 2006-09, as the head of Poland’s Central Anti-Corruption Bureau, Mariusz Kamiński started looking into Kwasniewski’s property portfolio. There were suggestions that the investigation could persuade Kwasniewski to support PiS’s presidential candidate in the second round of the 2010 elections. The investigation is still ongoing, having been resumed by Kamiński after PiS came to power in 2015.

“All the arrangements between PiS and the Left have become known to the public,” Zandberg told Polsat News.

A countdown is now underway, awaiting the decision of Poland’s Constitutional Tribunal regarding the pensions of those who worked for the security services during the communist era. A previous law drastically lowered their pensions.

This will be an important ruling for the Left’s senior electorate. Hence rumours that PiS leader Jarosław Kaczyński, who effectively now controls the Constitutional Tribunal, may offer his coalition partners a gift.

The end of PO?

“We were supposed to overthrow this government and the Left is throwing it a lifeline instead,” says Katarzyna Lubnauer, an MP and deputy leader of the Civic Coalition.

But splits are appearing in the previous governing party too. MEP Radosław Sikorski attacked the party’s leadership and ex-president Bronisław Komorowski has also become more critical of PO.

Hope sprouts in the party that Warsaw’s popular mayor, Rafał Trzaskowski, will enter the game. But for now, he is quietly building a movement so that in the event of a collapse of the opposition, he has his own organisation ready to be introduced onto the political market.

Meanwhile, a poll by United Survey commissioned by Wirtualna Polska shows that Polska 2050, which currently has just five seats in parliament, is now the country’s second most popular party, behind PiS, with 20.4 per cent support – this would translate as 104 seats in the Sejm. Only 15.1 per cent would vote for Civic Platform and its allies. The Left comes next, with the support of 10.4 per cent of the population.

As for the bill ratifying the EU’s recovery fund, it must still be approved by the Senate, where the opposition holds a narrow majority.