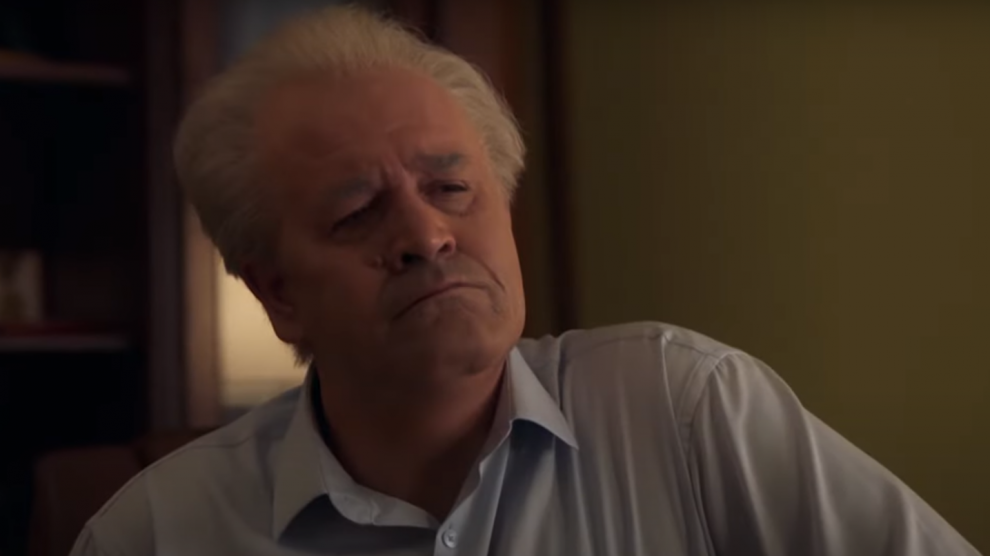 Serbs are split in their opinion of a new TV drama that documents the arrest of the former Yugoslav president, Slobodan Milošević, reflecting the divisive legacy he left behind.

Twenty years ago, on April 1, 2001, the former Serbian president Slobodan Milošević was arrested at his residence in the heart of the upscale Dedinje district in Belgrade.

Now, to coincide with the 20th anniversary of the event, the Serbian national broadcaster RTS is airing a five part miniseries chronicling the events of the three days leading up to the arrest. It is the first mainstream and big budget production to feature Slobodan Milošević as a dramatic character

Several days after the first episode was broadcast Milošević’s children Marija and Marko sent a pre-suit notice letter to the show’s production company Firefly, threatening to sue if the show wasn’t pulled.

That the show would strike a nerve was obvious from the start. Uncommon for Serbian productions, the plot line as well as the casting were kept under wraps until the last minute. Before each episode, a massive (by TV standards) disclaimer pops up to explain the story was based on real archival footage and documents, but still takes artistic license with certain details.

In the role of Milošević is Boris Isaković, an actor who has now played two infamous 1990s characters after being cast as Ratko Mladić for 2020’s Oscar-nominated drama Quo Vadis, Aida?.

Following the first episode, seen by as many as two million people, many took to Twitter to share their impressions.

While there was general praise for the actors, especially Isaković (whose transformation into the Serbian strongman is extremely convincing) and Karanović, the show itself is polarising.

“The show The Family is a lie and telling stupid things to benefit cretins,” Zoran Živković, who was the prime minister of Serbia from 2003-04, wrote on Twitter.

Many have accused the show of whitewashing the events as, at least during the first episode, it wasn’t clear why Milošević should be arrested in the first place. Charges of relativism and lack of context were also put forward by some Twitter users.

In real life, the arrest came after a governmental decision to charge the former president with abuse of power. Months later, he would be extradited to the International Criminal Tribunal for the Former Yugoslavia (ICTY) in The Hague.

It’s hard to overstate how important the arrest of Milošević was symbolically for Yugoslavia’s fledgling democracy, coming so soon after the fall of his regime in October 2000. Domestically, Milošević was widely understood to be corrupt, accused of numerous affairs, shady privatisations, and ties to the organised crime underworld.

To extradite, or not?

On the international stage, he was wanted for war crimes related to the Yugoslav civil wars in the 1990s.

But it was not easy to actually arrest him. Milošević supporters and his bodyguards assembled outside his villa and engaged in a three-day standoff with the police. Additionally, the ruling coalition — the Democratic Opposition of Serbia — still didn’t have complete control over the police, the army, or the state’s security and intelligence apparatus, most notably the secret police which remained a loyal to Milošević.

Finally, after three days and a seven-hour negotiation inside the villa, Milošević surrendered. Even that wasn’t the end, as now came the question of whether or not to extradite him to the ICTY. Vojislav Koštunica, the president at the time, was opposed to extradition. Prime Minister Zoran Đinđić saw things otherwise.

The main issue was that of constitutionality, as the Yugoslav constitution at the time forbade the extradition of Serbian nationals to anywhere in the world. Milošević’s lawyers would end up appealing to the Constitutional Court. Ignoring both the opposition from the president and the court process Đinđić nevertheless ordered the extradition.

On June 28, 2001, Milošević was flown by helicopter to a US army base in Tuzla, Bosnia and Herzegovina, and then flown to The Hague.

It was at The Hague where Milošević would die in a prison cell at Scheveningen in 2008 from a heart attack. He died before the final ICTY verdict was reached. He was charged with 66 counts of genocide, crimes against humanity, and war crimes committed in Croatia, Bosnia, and Kosovo between 1991 and 1999.

The highly-charged events prior to the extradition are what the Porodica TV show dramatises, choosing to, according to critics, ignore the wider context of the events in Yugoslavia that led to the downfall of the Milošević regime and his war crimes that warranted the extradition.

Still, the show’s director Bojan Vuletić has defended the framing the show takes.

“The entire opus of Milošević’s politics would require many episodes or many films and many different topics,” he says. “But the events in the villa during those 72 hours are symbolic of everything that we lived through in the last ten years of his regime.”

He also added that the point was to show the behaviour of Milošević and Marković inside the villa, and not to engage with politics directly. Vuletić has also told the media that he hopes the show would encourage younger people, who may not know much about the event, to do their own research.

Nothing about the Milošević regime was happy

As with many works that touch on sensitive political issues, the controversy over the way Milošević and Marković were presented eclipsed any discussion about the artistic value of the whole endeavour. The few critics who have shared opinions so far situate the show in the context of two previous historical dramas made in Serbia: the Nemanjići which chronicles the history of the Nemanjić dynasty; and Aleksandar of Yugoslavia, a biopic TV show about the life of Aleksandar I Karađorđević.

Both were largely panned by professional critics, yet enjoy high popularity among TV viewers.

This weekend will see the conclusion of The Family, and it’s doubtless that the finale will be watched by millions. On Twitter, many have wondered if the show will have a happy ending.

In reality nothing about the Milošević regime was happy for Serbia.